For my idea with the crystals I have grown them and actually quicker than I thought!
I followed a basic tutorial online how to mix ‘Aluin’ with warm water, stir the mixture until the aluin is completely dissolved. Keep doing this until it won’t dissolve anymore. Then let it sit for 24 hours and you will see first formed crystals. Take one of the crystals and wrap it with a piece of string and then hang is in another mixture made exactly like the first one. Now the crystal should keep growing.
I followed the steps, until after 36 hours I saw no difference. So I added some Aluin but because the water wasn’t warm it wouldn’t dissolve. I then thought why not try putting it in the microwave to warm up the water.
And it worked brilliantly!
I could already see first signs of crystals growing after just 30 mins.! 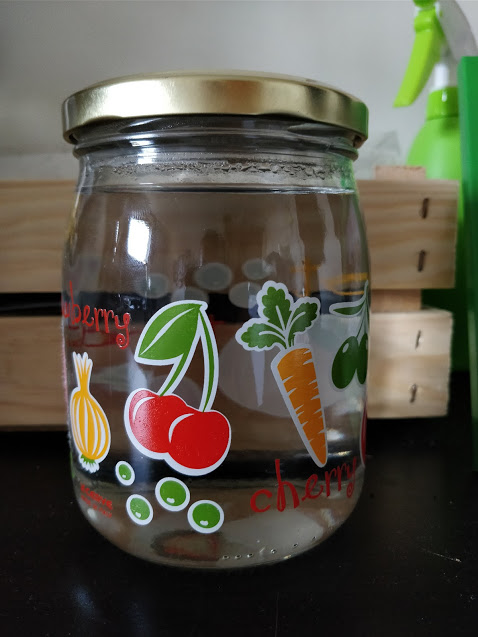 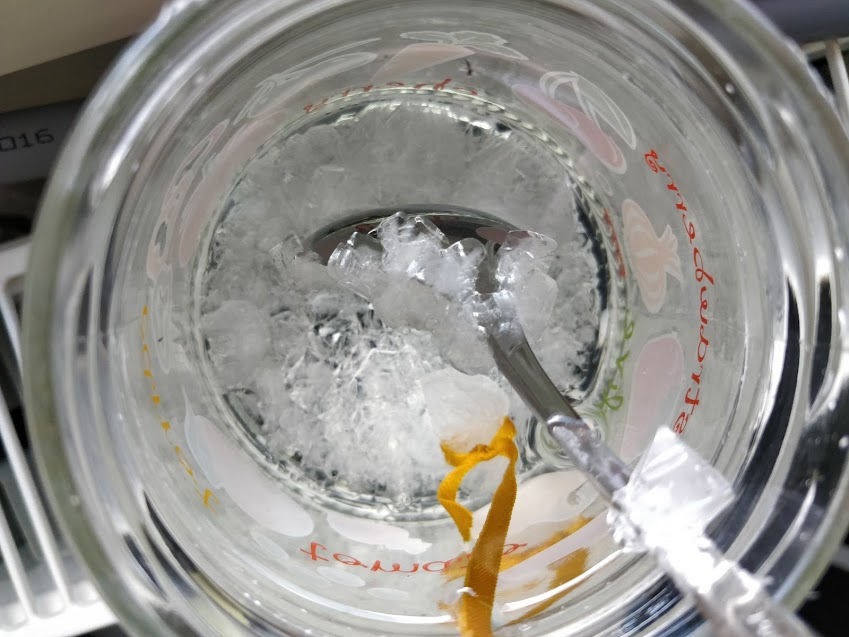 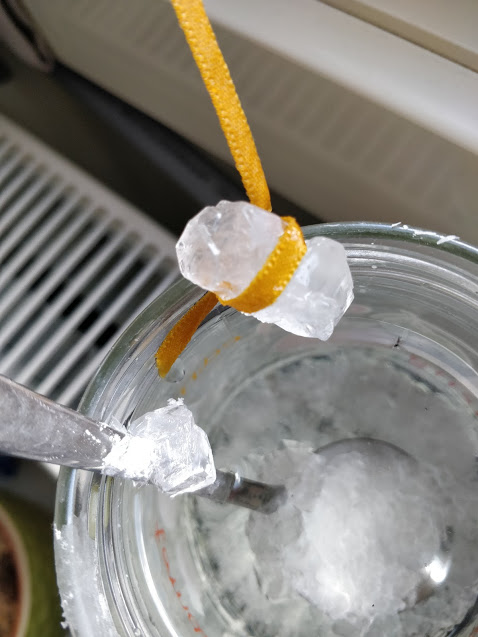 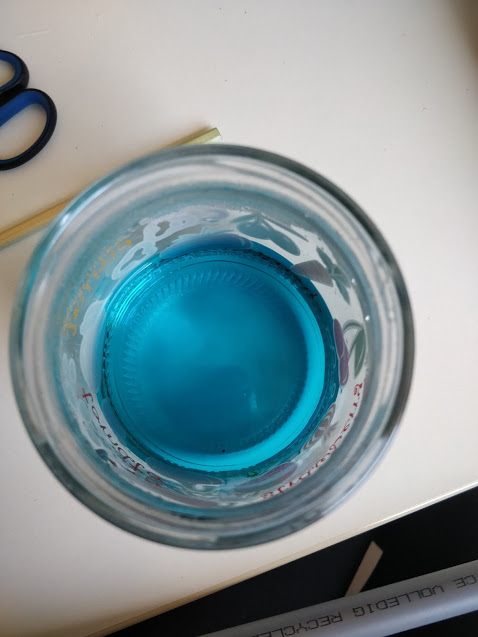 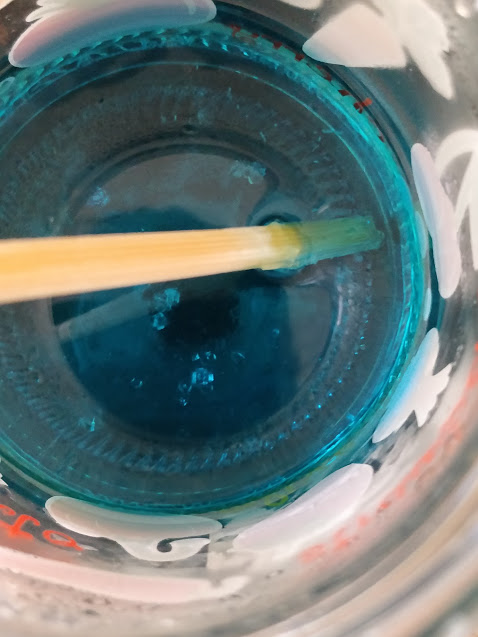 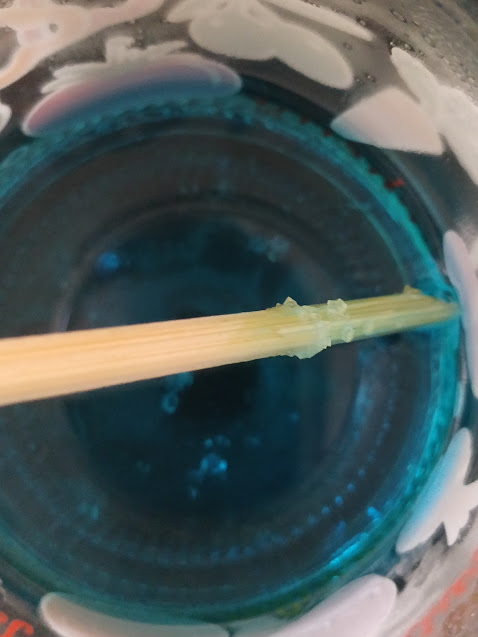 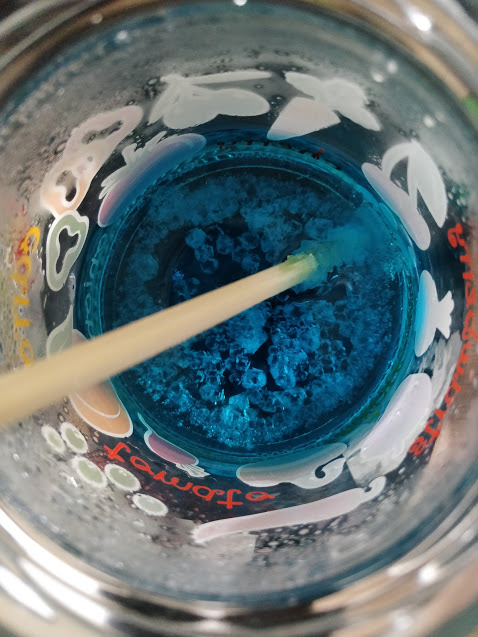 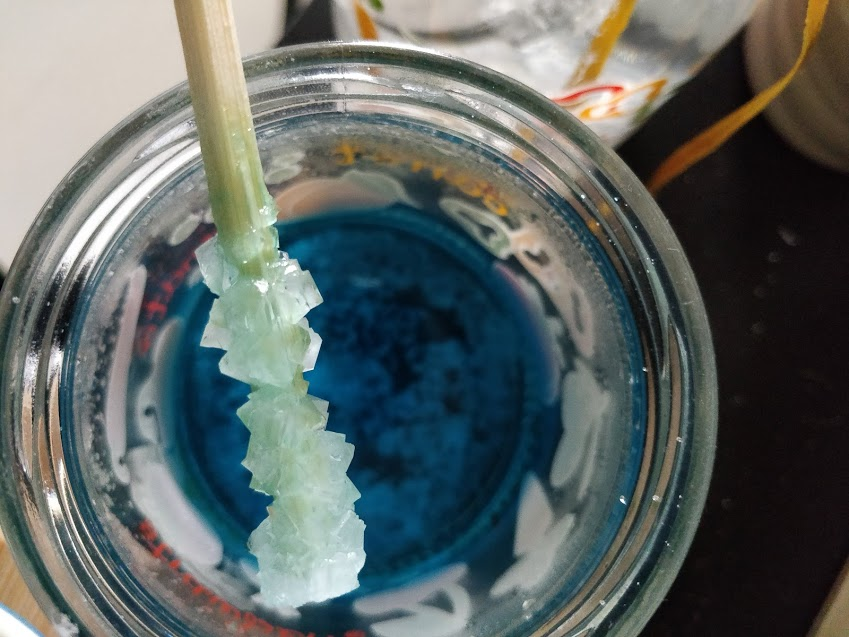 To try and form a kind of flexible crystal covers textile I want to try and grow the crystals onto the kombucha.
So I set a piece of kombucha in the Aluin mixture and now we wait.
I think I probably will try and do this with another piece and put that in the microwave as well. I think the heat won’t have a very good effect on the kombucha but it’s worth a try.

Nice crsytals, I think if you wet your kombuch a leather before mixing with the crystals it should be fine,
if you are trying ot grow both at the same time, its going to be hard, because of the different growing rates.
best of luck

Perhaps you can do it in two steps. Grow kombucha until it’s about 0,5 cm thick. Then sprinkle crystals on top of it and let it grow a bit further?

I tried this but they both just dried up. It now looks like kombucha sprinkled with sugar