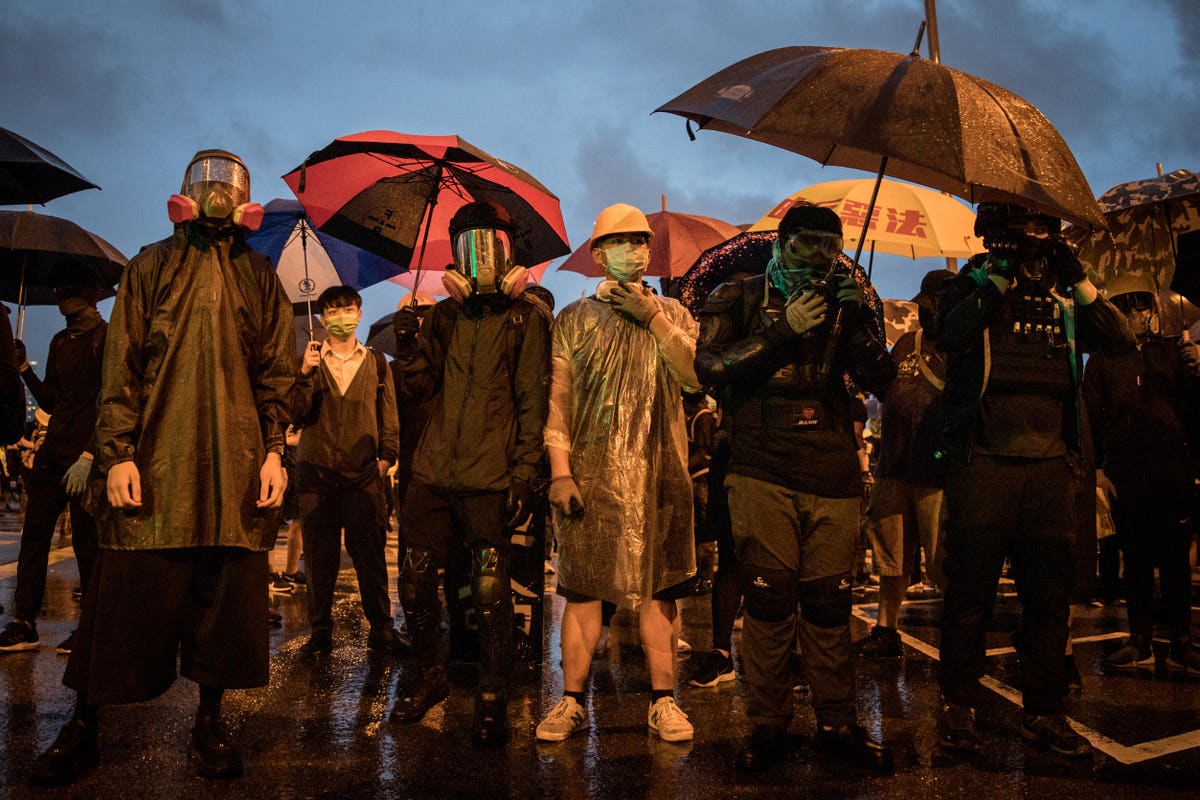 Mesh networking: how you communicate when China censors the internet.

Mesh networks in one of the most connected cities in the world. Goes to show how important it is to not lose track of developing self-reliant technology in the age of 5G hype.

How do you communicate when the government censors the internet? With a peer-to-peer mesh broadcasting network that doesn’t use the internet.
That’s exactly what Hong Kong pro-democracy protesters are doing now, thanks to San Fransisco startup Bridgefy’s Bluetooth-based messaging app. The protesters can communicate with each other — and the public — using no persistent managed network.

@RobvanKranenburg, I’m curious about what role technologies to increase self-reliance have played in the taskforces? Do the taskforces address possible future internet censorship by future European Commissions that might not be as liberal?

@zelf, this is very relevant to your interests.

I read this yesterday, it’s a great example of decentralization used for “good.”

But in terms of censhorship (and the Chinese firewall) a friend of mine remarked “can’t the secret services not also easily start using the same networks?”. Which brings us back to the discussion we had here on hosting malicious content on your servers as well:

Decentralized risks: Hosting information for others comes at a cost Internet of Humans

[IMG_2804] I was just in Berlin for the Data Terra Nemo conference and also ended up attending a DGOV meet-up. Data Terra Nemo is a conference to bring together the community developing open source protocols and clients for decentralized peer-to-peer applications. A very simplified introduction for those who are unfamiliar with the technology: Decentralized web applications are hosted without traditional servers. Instead, every client is both a host and a client. You can often still access thes…

My question would be: what kind of mechanisms could be put in place to deter these?

If they are on the network as regular peers they are just extending the mesh. Even if they intercept messages on the network, those messages are end to end encrypted, and not even the secret service can break good end-to-end encryption.

There are things they could potentially do though, just with the information gained from knowing how the messages are flowing, even though they couldn’t know the contents. There are technologies that stop that from happening – like SSB, in which everyone gets and propagates every message of everyone they are connected to, but even the identity of the recipient is encrypted.

future internet censorship by future European Commissions that might not be as liberal?

Or states. Some European states do not like “liberal” already. Reporters Without Borders issues a “rating” of all states. EU states mostly do fine, but the UK is classified as “enemy of the Internet” and France as “under surveillance”.

This reminds me of two similar big national events in the past decades:

The end of the Soviet Union, that was partially hastened by a primitive TCP/IP network partly setup and managed by the US-Moscow Teleport based here in SF, in which the net could keep going even if any given node was discovered and shut down. This is a main way Yeltsin was hidden during a period when the Soviet military was trying to find and imprison him.

In 2001, citizens in the Philippines relied on SMS texting to help overthrow their President. This was back before governments figured out how to capture or block those streams.

So, yeah - those of you working on mesh networks, you are part of a fine and necessary tradition.

a friend of mine remarked “can’t the secret services not also easily start using the same networks?

3 Likes
TikTok Isn't Only For Teenagers Lip-syncing: It's Also Used To Unravel Human Rights Atrocities in China
rmdes November 6, 2019, 9:39am #7

I don’t know if Bridegefy is encrypted but I’ve read an article they use it to communicate on the ground using Bluetooth to create the mesh network : http://www.bridgefy.me

Also check out the Umbrella app with on the go security tips that can be applied not just for HK.