I have not yet had a chance to relate the week [Nadia] and I just spent hanging out in Matera. It was a real pleasure to actually see a living, functioning unMonastery after almost 20 months since concept. There are plenty of glitches, but glitches were budgeted for, and overall I think it is working very well. I hope to have time for deeper reflections in the coming future.

One thing that is very clear looking at the unMonastery Matera from my vantage point is that starting an unMonastery is venturing into the unknown unknown. unMonasterians simply have to make it up as they go; there is no telling where the next glitch is going to come from. Things that “just happen” turn out to be a tremendous boon (everyone was super-impressed with [elf Pavlik]'s open data program); others that are rolled out thoughtfully and with the best intentions turn sour.

Here’s a small incident that brought this home to me. On grandopening day, unMonasterians put up a big “Welcome” sign (shown below). This was appreciated, but when they did not take it down the day after, I am told, people started to moan. My source for this is Paolo, MT2019’s director: and I believe him, because Materans are very particular about the visual consistency of their city. Things like colors of the shutters are heavily regulated; satellite dishes and even solar panels are forbidden on aesthetic grounds; people hate a concrete bridge recently built in the Sassi to allow people with reduced mobility some access, however limited. This sounds crazy, and maybe it is, but is by no means limited to Matera: Italy is a country in which environmentalists oppose wind turbines because "they deface the landscape – there was a heated discussion on this on the Matera 2019 online community, and I had to back off when one of the participants stated “they’ll have to kill him” to install turbines in the Parco della Murgia!

Different aesthetic preferences per se are not generally divisive, but in the case of an unMonastery – manned as it is by people from outside the area – they can mean two things, not mutually exclusive:

The first statement is self-explanatory. The second needs to be qualified: in the Materan context (and the Italian context in general) this sort of aesthetics typically connotes squat spaces – there is one in Matera, a stone’s throw from the unMonastery, called Le Fucine dell’Eco. The unMonastery is most definitely not a squat – we fought hard to build a social role for unMonasterians as community troubleshooters, for the very good reason that if the unMonastery is not perceived as serving the community nobody will talk to it, and it will soon wither and die.

So I am curious: is Paolo right here? is the unMonastery’s visual identity serving it purpose as a smooth intrface withthe local community? What do [Rita O], [antonioelettrico], [andrea.paoletti] and the other Materans in the group think?

Funny that we find out about it from you who stays far away but no one to my knowledge took time to just drop by and simply talk with us about it… Shall we add another challenge to our list: Lots of gossips and very little direct and open communication?

I wonder how and when you got those rummors from Paolo?

This isn’t the only signage issue we’ve had - prior to the ‘Welcome’ banner, the day before in fact, some work men turned up to install an unMonastery and Matera2019 sign on the side of the building this was the first we’d heard of this. My response was initially one of distaste and I perhaps expressed myself badly in the moment when I exclaimed “attaching signs of ownership to property is one of the most offensive acts”.

This was most likely less than diplomatic but I stand by it from a personal perspective, not one that should be representative of the unMonastery’s approach though.

This is an issue of aesthetics, personally I would prefer we don’t have the existing banner on the side of the building because it offends my aesthetic sensibilities, not because of it’s social centre connotations but because I’ve invested a lot of energy with others in the past to advance aesthetics of the ‘left’. With that said, the more fundamental point in this instance is that this was a banner made with the resources and time available - and with good intentions, it says “welcome” not “occupy everything”.

Since we usually create signage to enhance communication and make things easier to find and understand - perhaps the first step before the erection of a sign should be to communicate the necessity of such a sign, otherwise we find ourselves exclusively lost in a world of signifiers that share no common meaning.

What happened to the notion that the unMonasterians were going to have a ‘habit’ (monkish clothing, not drugs) ?..a strong personal signifier of being an unMonasterian…

… these may be unfounded rumours, or complainers, or crazy people. I just don’t know. But I’ll bet someone near you does: I already mentioned Rita, Antonio, Andrea. Just ask them! If it turns Paolo is wrong, you’ll shrug it off and move on. If he’s right, you’ll figure out what to do about it.

On a different note, [elf Pavlik] is right to point out that it does not make sense to go through me to convey a message from MT2019 from the unMonastery 30 meters away from their door. That Paolo does not feel comfortable talking to you directly is in itself not a good sign (though, in fairness, that may be a shortcoming of his rather than of you guys – again. I just don’t know). I can only encourage everyone to take on elf’s 13th challenge and seek direct interaction.

Finally, [ArthurD] reminds us that as late as November at LOTE3 everybody seemed to agree to a strong visual branding of the unMonastery, right down to the “multiform” – we even had a dedicated session about it. It’s ok to change one’s mind, but the idea of strong visual branding can’t be that crazy if we all entertained it five months ago!

We took it down!

So we discussed this post over dinner - it was generally agreed that it made sense to take it down. There wasn’t any real attachment to keeping it up other than the fact it was meant as a friendly invitation.

On the subject of signage I’ve been turning this over for the past week since it became a point of controversy, I think I’ve come up with something interesting that aligns well with the ethos and ideas the unMonastery strives for. For lack of photoshop, I’ve mocked it up quickly and attached below, using on an online editor. The basic concept is to create a modular and adaptable sign that can evolve as the project does - the main organisational symbol/sign sits in the centre, whilst the supporting organisations or networks fill in the surrounding circles. In this instance of unMonastery it will be MT2019, EdgeRyders, Open Tech School. The fundamental design principle being that it broadcasts to those encountering the building that there is still capacity for additional collaboration - it also allows for icons to be removed to reflect changing relationships, including the lead organisational.

In the next week I’m going to approach local artisans to see if something like this could be produced by someone living in Matera. What are you thoughts to this approach? 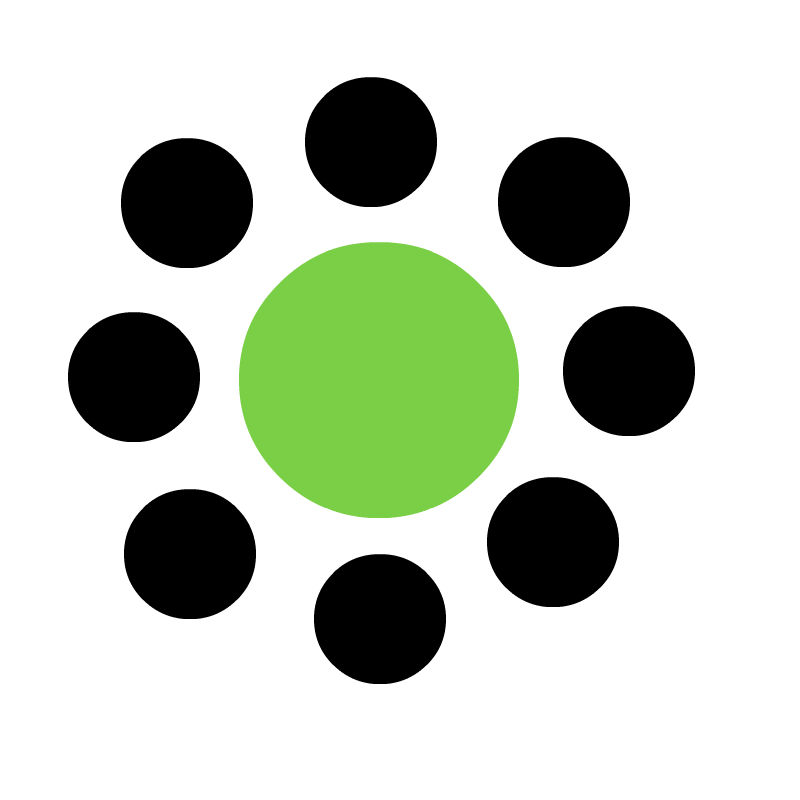 On the broader subject of strong branding and uniforms etc - this was something that I purposely didn’t push myself in the lead up. Although it certainly is tradition to leave ones identity at the door upon entering the monastery, and giving up all wordly possesions. This is borderline cult territory in contempoary society and would scare people, justifably.

So I felt it better to broach this as subject during the prototype and assess how it could be deployed in a future iteration. I’ve been reading this book recently by Adrian Hon, [thejaymo] has previously referenced it in relation to EdgeRyders. I think everyone involved in the core development of EdgeRyders at this moment should take the time to read it >> A History of the Future in 100 Objects. Particularly the ‘Loopers’ sadly not available for free online - buy the book

but for a good taste read The Braid.

I am the least qualified here to critique graphic design. Whatever works for you guys works for me – just as long as the underpinning social dynamics are healthy.

I really like [Ben]'s idea, and we could always add more empty slots to signal that we always stay open for new partnerships!

The intention, as repeatedly suggested, was NOT for a uniform or anything that smacked of a surrender of personality…or of ‘cults’

but, very clearly, for a ‘hat’ or ‘sash’ that would identify the wearer as an unMonasterian…for the purposes of raising visibility and facilitating interaction…

The question recently arose - What became of our ‘habit-forming’ workshop?  Being instantly distinguishable from the more standard tourist remains desirable - but intruding upon the cult of the individual seems dangerous territory.  The workshop with Zoe at the LOTE#3 could only scratch the surface of desirability.  Values such as stitching your own garment within the first week were applauded as wise.

But quite independent of the design issues, without a forum to create a consensus around such a practice, it would have to be left to the first convention of unMonasterians.  By the time we first sat faccia a faccia our options were limited.  More prosaic considerations commanded our attention; what we looked like was the least of our concerns - deprived of heat, sleep, internet connection we felt distinctly and proudly unMonkish.  That would suffice.

The easiest would have been to steal Ben’s habit.  I would have thrived in a rich, warm brown, Marc could have sported steel grey without fracturing his style.  Katalin could explore her options: a red, a violet, a cream?  Elf clothing an unabashed sports car green; who would wear white? sacred saffron?  What colours could would result if we boiled down the pigments of the neighbouring Murgia?*

Does this belong in the Book of Errors  - yes indeed.  Along with the ceremony of taken upon the habit of an unMoaner would be the inevitable mumbo jumbo.  Rituals to ease the transition from civilian evil habits were meant to be my territory; in practice a fear of appearing a cult has left us frightenly normal.  The inevitable phases of landing and lurching are explored in The Vow of unSomething.

*Should we indeed retain our customary names?  Traditionally they were surrendered at the gate along with all worldly possessions and the hair on your head.  A simple swap might suffice; I always coveted the name Arthur.

@Bembo Davies I recommend ‘Just Fucking Do It’ approach. Please pioneer it on yourself, if you need any help with YOU making a costume, just ask for it. Then if other people like it and follow you - great! If not… we don’t want to force it on anyone i hope

Well said, @elf Pavlik! And @Bembo Davies would indeed look really handsome in brown – of all unMonasterians, he is the one with the best physique du role for the role of the jolly, smiling monk. This would be a nice prototype in itself: just sport a habit, see how people react, report. And let’s all learn.

In our presentation at RNext, I asked unMonasterians to dress in black, with one colourful item. I myself wore all-black, with a black shirt, purposefully hinting at the black suit used by priests who don’t wear frocks (it’s called a clergyman in Italian). I think we looked good, we looked like a group: there was a basic visual harmony even as people did not wear uniform.

I’ll look into getting the pattern made from coat.

As you can imagine I am not too attached to either version. But I think your proposal is a nice one.