A child sits in an Akropolis in Khartoum

“Baba, why are the signs funny?” “It’s Greek, they have been here a long time.” 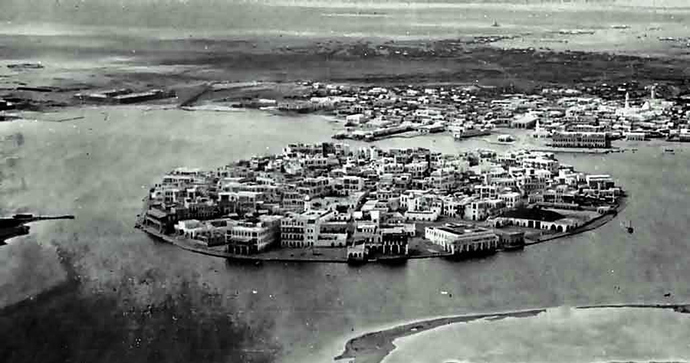 (Excerpt from the book ‘The Greek community in Sudan’):

“The first Greeks who settled in Suakin were the doctors of the Egyptian army, such as Chrysochoos, Tyrteos, Kontos, and Fronistas. After 1860, many traders immigrated to Suakin and started business near the port representing the major Greek and foreign companies that were based in Cairo. However, some of them became ship chandlers, such as Paraskevas Baboulis who left Lesvos and immigrated to Suakin in 1864. There, he bought a farm and engaged in the raising of livestock which he then sold to the ships that stopped for supplies. Others, such as Nicos Marketos worked as engineers in the maintenance and supply of the Egyptian government ships in the beginning but gradually involved in the trade of salt and pearls, a rather lucrative business. During the next decade, the first hotel was built in Suakin. It was the “Hotel du Soudan” and it was owned by a Greek. An important source of information about the Greek presence in Suakin, in the late 1890s, comes from the priest Seraphim Phokas and dates back to 1887. During his stay in Suakin, Phokas met a few Greeks such as the Grivas brothers, Dionysis Marinos, Costas Papathanasopoulos, Panos Orfanos and Angelos Capatos. As the number of Greeks who lived in the city grew, reaching about 100 people in the late 1880s, the community erected a small church. Soon, the Archimandrite Nikandros settled in Suakin.”