A Statistical Model of Inequality

In which the author argues that unchecked in a free market economy, the upward trickle of wealth will inevitably create oligarchy. 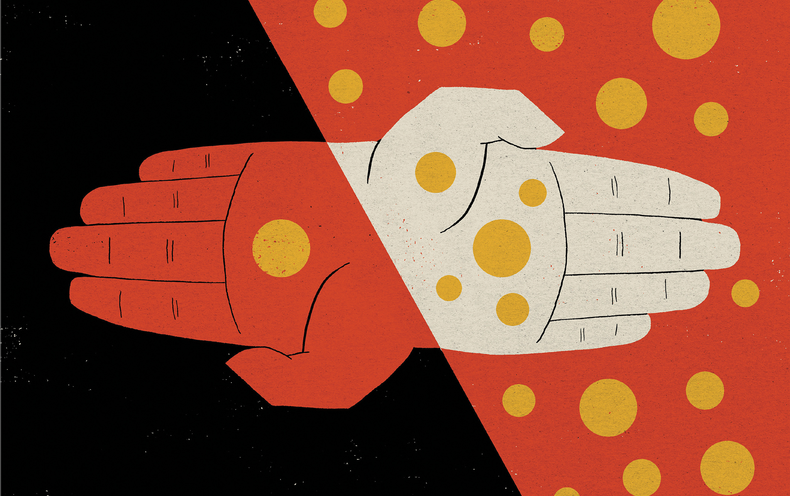 Interesting model. Pure mathematics. I’m skeptical of the extent to which it applies to real economies. Yes, Piketty has proven to us that there has been concentration of wealth in Europe & the US among an oligopoly during periods when there is not massive economic dislocation (in other words, the big exceptions were the Great Depression and World Wars I & II). My feeling (I do not know of work on this – can anyone recommend something?) is that this is a consequence of human psychology rather than maths. In other words, people are more likely to carry out transactions with people that they know than with strangers. This means that a smallish group end up becoming the oligarchs, and this is because they know a lot of people and have the personality characteristics that enable them to impress many of those people that they are likely to be beneficial to do business with. I think this also is a major reason why the dominant ethnicity in a given society maintains its dominance: they deal with each other mostly, and less so with people of a different ethnicity. By the way, I also see this as being the source of the cleverness of the originally Japanese export-led growth of the 20th century. It matters, of course, that you have cheap labor and all that, because you need to present a clear reason why a European or American businessman would deal with you and not with a local supplier. But the most important aspect is… just what Asian businessmen do best – forming an excellent working relationship, such that your partner considers you a good person to do business with. Just that – humans are always about personal relationships. I think a lot of economists – often being numbers people who don’t do relationships easily or well – miss or downplay this aspect, which I consider foundational.

on the other hand - the koch brothers…

A credible theory. And of course we have to wonder now how this will play out in our new corona reality.

Yes, Nadia. I wasn’t thinking of them specifically, but that was why I tried to word this very carefully: I said that the people who win have two traits: “they know a lot of people and have the personality characteristics that enable them to impress many of those people that they are likely to be beneficial to do business with.” So, those characteristics range from being a great manager to being the kind of person who rewards friends and knifes enemies in the back. The Koch brothers are more like the second type. Also, keep in mind that this applies to ambitious people who are trying to win and playing on a game-board they did not create. I personally have never been sufficiently ambitious in that way to ever seriously get into the game. But it is for this reason that I think that we who would like to change the outcomes should not think of the individuals – there will always be greedy people. Many poor people would be greedy if you gave them a chance. The point is to create a game – a playing table – in which competence and caring about others is rewarded, rather than naked ambition and greed. We need to re-set incentives, as economists would put it. It is a supremely human enterprise. And hard.

I think you are right about the less tangible and measurable but real influence of personality and personal networks in the equation. For good or bad. Certainly those aspects played a big role in how my own career moved ahead.

I also think the author of the article argues that the rather mathematical probability toward inequality needs to be mitigated by human intervention to move it toward fairness, if not insure it completely. Maybe like in a track meet where the long runs have staggered starts or else it isn’t fair. Or how wrestling and boxing limit competition to weight classes. I’m thinking of interventions that make things more fair. But I can see how well-intentioned interventions can get into trouble if they adhere only to a mathematical response as a solution. But then of course you have the problem of human corruptibility. Hard indeed.