About the Open Culture Festival project

The (Matera) Open Culture Festival is a proposal for new type of community festival facilitated by EdgeRyders, which can leave a sustainable legacy in local communites based on open source software and Creative Commons. The project is proposed as a collaboration between two EdgeRyders projects (the Viral Academy and the unMonastery), and has come out of a discussions here in Matera with the local community and other EdgeRyders - notably @Ben, @Nadia, @Kei, @Marc, @elf-pavlik, @K and @Alberto.

The festival would celebrate open culture - music, film and software. It would be sustainably run and owned by the local community, and it would leave as a legacy an open source server that would provide community services, and as a platform for learning technology.

Here in Matera, we would leave a digital platform that would include open data from the various mapping related projects (transport, unGuides, resource mapping) and include some simple well supported open source tools (for instance Loomio for participatory decision making, Share Tribe for tool sharing and a local artisan network, a shared calendar and yellow pages style address book). Importantly it would include simple and robust WordPress hosting for local community projects and small B&B’s together with Room Booking plugins.

The server would be financially supported and owned by the local community (B&B’s could pay a nominal €10 a year for instance), and it would also act as a platform for physical Open Tech School courses, supported by an ongoing online training programme provided by the Viral Academy. The latter my require the additional cost of providing a development server.

In September Edgeryders is supposed to build a European event on community-owned digital assets in Matera back-to-back with OSMIT14, and the Italian OpenStreetMap community’s meetup. There is a great opportunity for synergy here - as mentioned by @Alberto. @Elf-pavlik has also done previous mapping-party workshops, and the work I’ve been doing here based on a previous distributed festival.

It would be great to have some technical input and suggestions from the EdgeRyders community regarding existing software tools that we could use as an initial basis, and to link closely with an ongoing programme of training and software development facilitated by the online Viral Academy project, and the physical location based Open Tech Schools.

Finally, this open source server could evolve into the unMonastery-in-a-box proposal developed in LOTE3. in the context of Matera, it would be good to follow up this post with a discussion of art and culture related projects that could take part in this event to make it a genuine celebration of Open Culture. 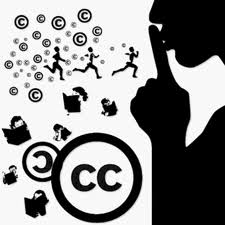