Access to potable water is a severe and increasingly pressing health issue for many countries. An affordable solution for poor water quality that will improve health within developing countries. Communities will be taught how to make the filter and the purification drops - made from clay, water, saw dust and small amounts of silver. Then it will become a source of local enterprise from the sales of the filter and drops. 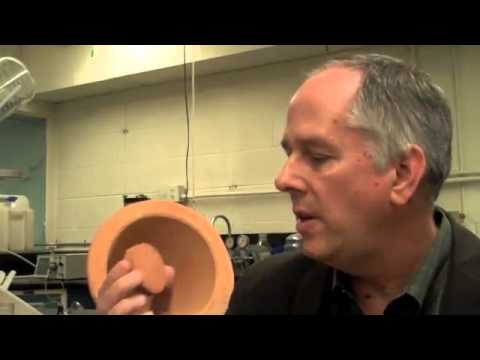 Access to potable water is a severe and increasingly pressing issue for countries in the Global South. Due to a confluence of factors including overuse, population growth and climate change, an estimated two-thirds of the world’s population will be living in water-stressed areas by 2025. One recent innovation that could potentially revolutionize water purification in poor, rural communities is the MadiDrop.

The MadiDrop is a porous ceramic disc that has been infused with silver or copper. When dropped in water, the tablet releases ionic silver or copper that strips away bacteria and pathogens to produce clean, drinkable water. Each tablet is capable of treating 10 to 20 litres of water for up to six months. The result is an affordable, easily distributable and long-lasting alternative for families who lack access to a safe, potable water source.

The MadiDrop is the second water treatment technology developed by PureMadi, an organization formed by a group of interdisciplinary students from the University of Virginia. Their first project was the creation of a ceramic water filter factory in South Africa. The filters use local labour, readily available materials (clay, sawdust and water) and are treated with a dilute solution of silver nano-particles that effectively filter out common waterborne pathogens. The PureMadi ceramic filters were designed to create a cheap and sustainable point-of-use water purification solution for low-income households. To date, they have been well-received and highly effective among families in Limpopo province, South Africa.

The impetus for the MadiDrop was to apply this successful model to create an even cheaper point-of-use water treatment technology. The MadiDrop can be used in a variety of water storage containers, and at only a few dollars per drop, can provide families with purified water for an extended period of time. Lab results look promising but extensive field testing is still required to determine whether the MadiDrop is a sustainable and culturally appropriate solution. With any luck, the MadiDrop will eventually be widely used to improve clean water access and curb the spread of waterborne diseases in low-income communities.

How far did it get?

@Maria hi! I see that this has been first developed by the team some years ago - the video is from 2013. Do you have any idea what happened since, if their tech evolved or was brought to the market?

A more important question for you: do you personally have contact with any of the projects or people you introduced in opencare so we can send them in invite to the Open Village Festival in October? I can send you a model invitation. Let me know, it would be useful.

@Noemi Yes, send the invitation, appreciate it.  As far as this initiative, I read an article from an Environmental Engineer that was in collaboration with the University of Venda- I felt it was a fantastic initiative considering that water-related diseases kill thousands every year.  Just thought it was worth sharing.

However, I did read that the initiative developed substantially in the past few years. I read that they opened up two facilities in South Africa.  This is as of 2016, the facility produces clay water pots infused with silver particles to disinfect the water – and provides employment for the locals and is an excellent small business model for community entrepreneurs.