Are "Smart Cities" even a good idea?

Who are they intended to really serve?

The more I read about them, the less I like the idea. Yes many of us here question the technology that goes into it - AI, ETC - but so far I cannot think of any arguments as to why we, the people, would actually benefit from it. Unless a better enabled police force and the ability to catch unsavory or undesirable (read: immigrants) people is considered the main benefit.

So, someone here must think there are good reasons for a city to be “smart” but to be honest, I have yet to read or hear what those reasons are.

I also read that here in the USA, government funded R&D is at its lowest point since 1955. At the same time China is investing gigantic amounts. The article pointed out that if we abandon leading the tech, then China will determine the ethics that propels these technologies. I don’t think any of us want that.

So then, what? We surge ahead with technology that is possible but with marginal social benefit, in order to prevent a worse totalitarian techno-state? Is that the best we can come up with?

Where are the arguments for a smart city that works for the people? What benefits would they provide? I read a lot - maybe not enough, but still - and I have yet to read any truly compelling arguments supporting it other than the reasons I stated above (enabling law enforcement and government) plus a few conveniences that, to me at least, do not look worth of the price. I am no luddite by any means, but this march of tech to me looks more like an “internet of lemmings.”

Someone please prove me wrong…

Thank you for sharing your view, and yes, I share your bewilderment about the current concepts of “smart” in cities

Mmh … but I also think there are good reasons for smart cities, just not for smart cities of the type that are currently on the government agenda. My reason would be “enabling frugal resource use” by connecting citizens with one large resource information system that basically manages the city. I wrote about that style of smart cities in my proposal document “An Autarky System for Cities”. Lots of untapped potential there to achieve living within what the ecosystems provide for … if that is what people want …

I think I was overstating if I gave the impression that I see no social benefit to any smart city tech. Maybe what I am looking for is a more a la carte way of choosing, with each choice carefully considered.

The best thing I read recently about smart cities is a Guardian column by Cory Doctorow (https://www.theguardian.com/cities/2020/jan/17/the-case-for-cities-where-youre-the-sensor-not-the-thing-being-sensed) where he argues that cities could be set up so we know a lot about the city but it doesn’t know much of anything about us. It seems pretty compatible with your proposed system…not dissimilar anyway.

Also you mention “Join the alliance of autarkic cities.” Is there such an alliance?

Yes, I’m pretty much on the same page as Cory re. smart cities. And this part pretty much hits it:

If it sounds utopian, it’s only because of how far we have come from the idea of a city being designed to serve its demos, rather than its lordly masters. … As a professional cyberpunk dystopian writer, I’m here to tell you that our ideas were intended as warnings, not suggestions.

There’s only one part where I don’t fully agree with Cory, and it’s a minor technical item:

All of this is simply broadcast to all the devices in the vicinity, and your device can “tune in” to a stream of data simply by plucking it out of the electromagnetic spectrum, without activating a connection to the server that would leave a record of what you took an interest in.

Broadcasting to the vicinity is a bit limiting, as one couldn’t find out about a delayed bus from home for example. It’s also not required. Just let everyone download all the city’s data. Then the server also cannot know what somebody is interested in, as everyone gets the same stuff delivered to their device, and then the device apps extract what is of interest.

This data would be pretty compact and can be well compressed. There is still an overhead by providing everything to everyone, but it seems ok. We can compensate by transitioning away data intensive applications where the data transferred serves no justifiable purpose at all.

For example, my favourite open source maps app works like that: everyone gets the whole download (say, the whole map of Germany) and all the updates to that (which are small). That way, the server never knows who is looking at what area, unlike with Google Maps.

Also you mention “Join the alliance of autarkic cities.” Is there such an alliance?

It’s just a utopian idea so far. I still like it, but I’m not the type of person to set something like that up. Though maybe, when the next good crisis comes around, there will be mayors who want to listen to this kind of stuff …

I like my people smart and my city stupid.

Right. I think we all agree on this. But that doesn’t seem to be where it is going.

I suspect that this inevitability is part of what is driving @RobvanKranenburg to establish identity standards that we control ourselves. Otherwise…hello Orwell.

A Smart City or a city being smart? 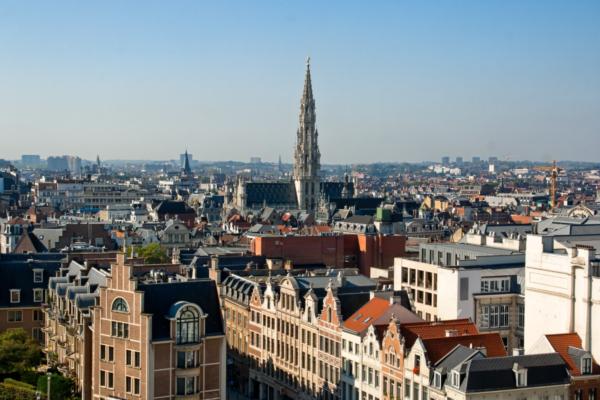 The regional government is concerned that 5G technology can’t measure the radiation levels from 5G antennas.

On Thursday last Toronto cancelled its smart city plan with Alphabet/Google/Sidewalk. Alphabet mainly blames Covid-19, but as time went on more and more Toronto citizens expressed concern about the data gathering, esp since the City of Toronto and Sidewalk could not agree on who owns the data. And it seems that neither of them considered much that the citizens themselves should own it. At any rate, the plan is dead.