As most of you know, we are inviting everyone who has been part of the Reef enlargement process over the last month to a bbq at our place on the 9th. For those that are able to make it, it should be a nice opportunity to get to know each other a little more outside of the organisational structure

We’ll start at about 1ish, and probably light the bbq about 2-2.30ish. Having said that, if you can’t make it for the afternoon, feel free to come early evening, as I’m sure there will still be people sitting around, and we can always relight the bbq later if there are hungry mouths to feed.

We’re in Anderlecht, quite close to the Saint Guidon metro station, and there’s plenty of STIB and De Lign public transport coming from all directions. I’m not sure how I feel about putting the address here, but you can find it easily in the Members Registry file on Nextcloud.

Obviously it will be nice if it’s a sunny day, but we’ll go ahead regardless of the weather. As all of you have lived in this country for at least some time, it won’t surprise anyone to know that it wouldn’t be the first time we’ve cooked a bbq while at the same time sheltering under an umbrella

At some point next week we’ll start thinking about who needs to bring what, although if you have a fan favourite in mind already, feel free to mention it early (I’m looking at you and your cheesecake Alexandre!). For now the main thing is to get an idea of how many people would like to come, so that we can be well prepared regarding chairs, plates, etc. So let us know in reply to this thread if you’re around on the 9th and keen to attend… 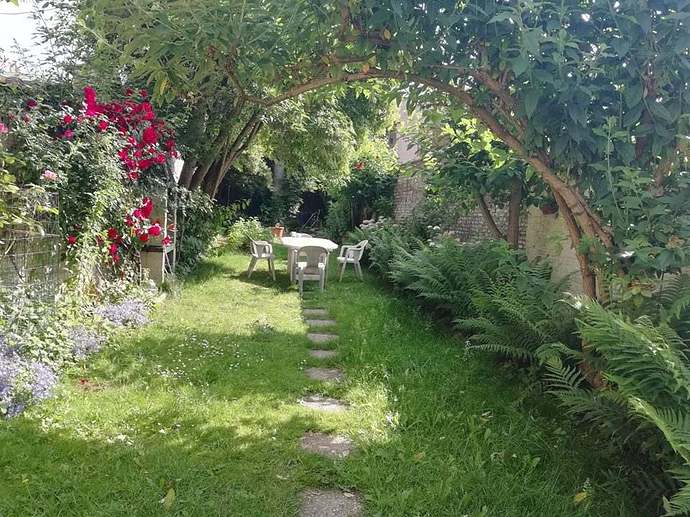 Thanks for the invite! I look forward to it!

“To tag or not to tag” is the question I guess (haven’t fully figured this out to be honest).

In this case I think tagging should help to make sure the message shows up as notification for everybody, so here we go …

@reeflings, can you please let Chris and Sarah know whether you can make it?

Hi guys, lovely! Unfortunately I have a previous commtiment, so it’s a no on my side.

Wonderful indeed!
Sorry about the late reply, I was waiting for some important information.
I’ll be there (with my cheesecake

). I can make it for 4pm I think.
Unfortunately Sophie has a commitment until 6:30, and won’t be able to join before 7:30-ish. Does that count as early evening?
Looking forward to it, see you soon

Hey all! thanks for the invite. I have a rehearsal at 3PM but would love to come after if you will still be around. I can make something like brownies or veggie sushi. Let me know if you have a preference.

So as the most of the people who have answered so far can’t come until later in the afternoon or early evening, we could shift the time forward a bit. So nothing set in stone at this point, but perhaps we open up at 3ish, so that if there is some sun, we get a few hours of sitting around and enjoying it with something cold in our hands. And I suggest that we don’t hold back on the quantity of apéro snacks, so the we can last until 6-7ish for lighting the bbq. Feedback welcome

@alberto There’ll be plenty more of these

@GiuSeb Brownies vs veggie sushi is an impossible choice to make, as they are both so good!

Hello Chris, thank you for the invite. we wont be able to make it this saturday. we have another thing just at the same time. i am really sorry. looking forward for the next one. Enjoy

Sorry you guys can’t make it! But yes, there will definitely be a ‘next one’

Thanks again for organizing and inviting!
I will be coming in the early afternoon.
I should manage to make some piadina’s and hummus and I’ll see what else.
See you soon.
If anything else is needed let us know

Hi all!
So tomorrow we’ll be “open” from 3pm, but we probably won’t start cooking until 5 or 6, as some people will arrive later.
We’ll provide things like bread, salad, veggies and haloumi. So in terms of what to bring, something to drink/share, and any meat that you would like to put on the bbq.
Looking forward to seeing you tomorrow!

Hi Chris ! Céline and I will be there in the afternoon for a few hours.

See you all tomorrow !

The cheesecake looks edible, so dessert is covered if you like and can eat cheesecake.
I might only get there by 5pm.
See you very soon!