So, the Hackathon on affordable housing has happened last weekend (Nov, 8th–10th). It was very nice and intense.

Firstly, quite some people didn’t turn up although they filled a rather extensive form. Oh well. But in the end altogether 19 people participated, including the organizers.

After a very nice panel discussion on Friday, the participants established 4 projects that they wanted to work on.

One was on revitalizing an abandoned sanitarium near Brno, that they intend to turn into a community/innovation/creative center.
Here is a link to their FB page for those who are interested on checking their progress:
Linduska 408

The second group engaged themselves in developing a strategy of a political campaign that would show drawbacks of the current city policy on housing. Also, this campaign should show potential improvements to that flawed system.

Another group suggested a city-assisted platform/agency that would remove some obstacles that young and underprivileged people face when searching for housing.

Last but not least! A disruptive intervention into the public space was designed. Thru art installation and series of videos and interviews, the authors want to challenge the current views on what portion of one’s resources and time should be sacrificed to the altar of housing.

We believe to further develop these projects beyond the walls of this hackathon.

Hi guys,
As organizers, we created this topic for communication with our potential international friends and colleagues who are into social/affordable housing.

So please, don’t hesitate to contact us here with any questions you may have. 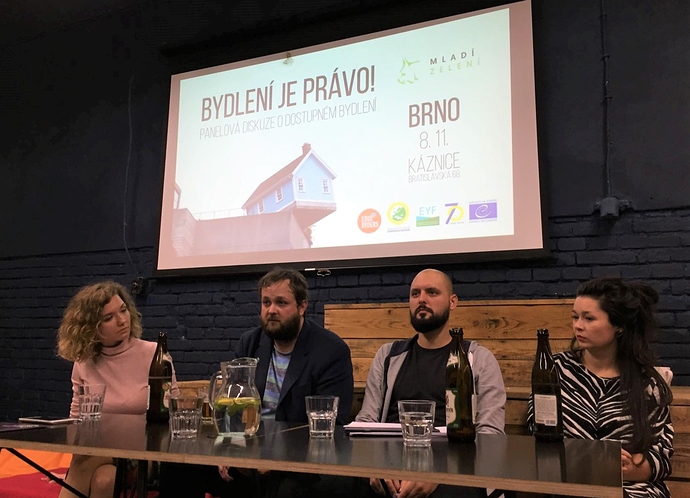 Another group suggested a city-assisted platform/agency that would remove some obstacles that young and underprivileged people face when searching for housing.

Great to read @vojtechjelinek - We are not waiting for the participants and other organisers to share the detailed reflections and maybe descriptions of the project ideas, then I’d be very happy to start directing you to our housing rights community and see if there’s any chance to collaborate or cross pollinate at least! Especially @michal_wolny i @Kinga are one of the veterans of the local tenant’s rights movement in Lublin, Poland.