Co-living, co-housing and first thoughts of the Wooncoop model

I was at the third Reef community workshop, and it was great – for me the most interesting yet. In this post I will not try to break all of it down; rather, I want to reflect on the approach to co-housing proposed by Wooncoop, based on the presentation that Luc gave at the workshop (slides, need access to The Reef’s shared drive).

In the governance breakout session, Matthew (is he on the platform, @noemi?) gave us a very useful analytical point: distinguishing co-living from co-housing.

Wooncoop, a housing cooperative based in Gent, proposes a model that is neither co-living nor co-housing. As I understand it, it works like this:

Is Wooncoop a good fit for The Reef?

There some parts of the WC model that I really like:

But I also have some doubts: 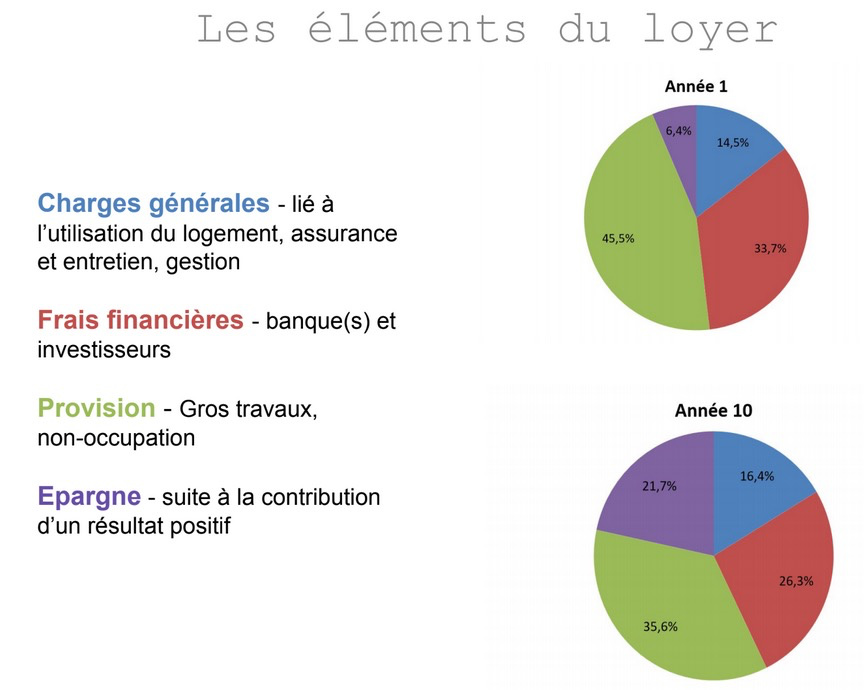 6 to 20% of your rent goes to “saving”. But the cooperant’s investments are remunerated at 2%. So, the rest must go to WC itself, to fund further growth. As a cooperant, I might not be so hellbent to fund growth for growth’s sake.

I would be curious to discuss it more in detail with Luc and @patrick_andrews.

Today we had a follow-up meeting with Luc.

First, we went through my breakdown of the model, and Luc pointed out some small corrections and integrations. These are now integrated in the original post above.

Next, he addressed the doubts I asked above. He:

Conclusion: we decide to continue exploring The Reef as a Wooncoop group. This will happen in 2020.