Documentation | How to cope with meltdowns in communities (John Coate)

Imported from the hackpad: https://hackpad.com/How-to-cope-with-meltdowns-in-communities-John-Coate-pT0JIs9tkWp. Thanks to Walter Van Holst, Costantino Bongiorno, Noemi Salantiu for contributing to note taking. 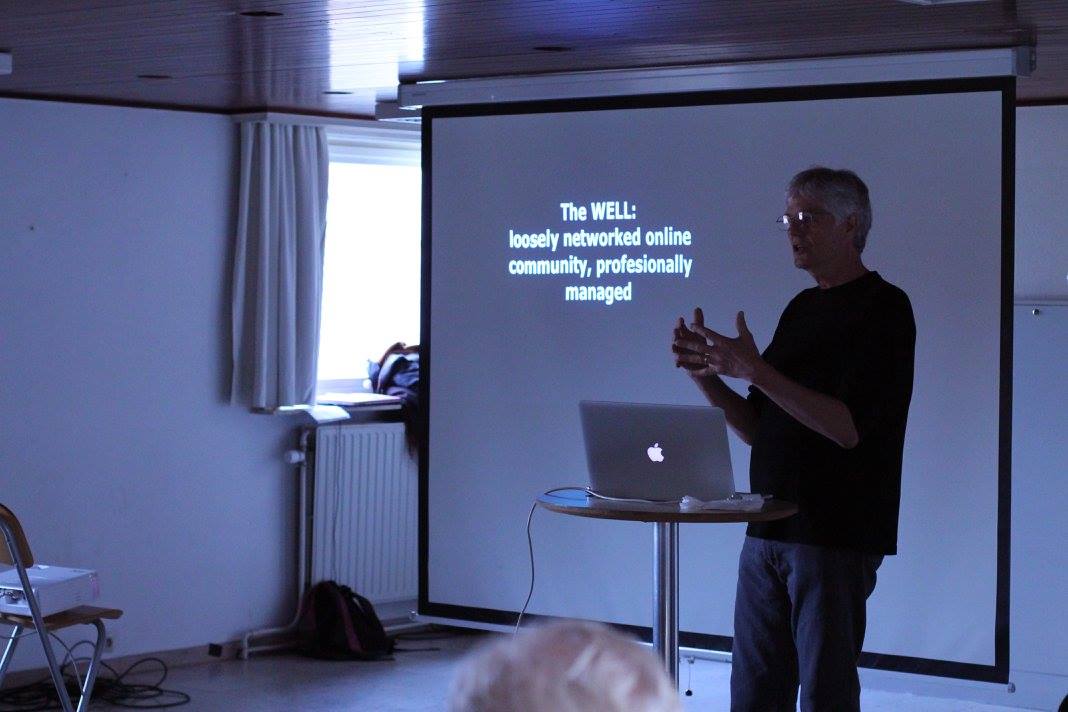 I started living collectively since I was a teen. I lived with eight other people in a bus. We travelled the United States for a while, then we settled down in Tennessee, and started a commune that still exists in the form of a cooperative. So we lived with the people we worked with; and at the beginning we did not really know each other. The bus context shaped our interaction: whatever we did, even a simple thing like having a meal, we simply would have to sit in a circle. It got very intense.  Had to talk to the others directly about problems.

We were hippies, and this was wartime in the US with the Vietnam war. The police did not like us and did not want us around. We needed to be a real community, because the context pressed us into being one. And we did: we had problems, but we stayed with it.

After this tour, we did not want to go back to our old lives, so we bought 1000 acres of land (later another 700) in Tennessee, where land was cheap (70,000 USD). So we had land, we started with a load of buses parked up.  We had a spring with some freshwater, but we had to build our whole infrastructure. If you wanted to take a shower, you needed to find a spring, cap it, install a pump, erect a tower, build a bathtub etc. It was challenging, but we did it. Eventually we had 6-700 people; you did not know everyone anymore. We founded an organisation called Plenty International, that did “good” locally and also internationally (disaster relief in Guatemala). For example, we squatted a building in New York City and founded a free ambulance service. Then we moved to Washington D.C. and founded the first bilingual free clinic. Even recently some of our people were involved in helping out in Louisiana after hurricane Katrina.

What that gave me is the idea that it is actually possible to build a collective. It’s difficult, but you can build deep trust relationships with people who start out as total strangers to each other.

We made mistakes, we were too leader-oriented; we had too many rules that became a sort of dogma. When we were growing older, we fired our guru. We changed from being a collective to being a cooperative.

That was when John left.

The counterculture was a crucial element in the founding of the personal computer. So I moved back to California and started working at the WELL (https://en.wikipedia.org/wiki/The_WELL), the first real online community, pre-Internet, started by Stewart Brand and Larry Brilliant. The WELL sold computer network access to people mostly in the SF Bay area. And I realised that the power of relationships carried over to online relationships.  Did everything I could to strengthen relationships. The WELL was not in the computer business, it was in the relationships business.

Community is one of these words that have forty meanings to it. User-centered social behaviour. Communities as bundles of relationships. Or even better, an ecology of relationships. Community is when the people declare it for themselves, not when someone else says they have something in common.  What I have learned about is that it takes time: don’t do it if you don’t have the time to allocate to it.

Where do you draw the lines? The law of two feet

The farm did have cult like elements, but you could always leave.

Tweeted from the session…

RT @zoescope: “it was hackers and hippies who got the idea of ‘personal computers’ not big companies” #coate #TheWELL #LOTE5 #community — Dazinism (@Dazinism) February 26, 2016

“The more control users have over the tools they use, the fewer rules you need.” – John Coate #lote5 — Meredith L Patterson (@maradydd) February 26, 2016