Ethnographic coding practices and SSN structure: what we are learning

@melancon, it turns out it was not an import issue. 696 of the 697 codeless annotations were made by Shweta aka @Digitalanthropology, who has only been working in the past week. This situation was created by her choice to treat poignant words in the text as codes, and by Open Ethnographer itself not forbidding users to do so. I have since decided this is a bug and not a feature.

However, @jason_vallet has taken the initiative of assigning the value of the note field of the codeless annotation to their tag_id field. So the graph is still solid, in the sense of reflecting what Shweta did. The problem is, by reusing the words of the informants, her coding drifts towards a folksonomy instead of inducing an ontology.

The trouble with folksonomies

For example, we have six different codes around “workshop”:

At a first glance, it looks like these are really six ways to say the same thing, and should be merged.

Maybe this can be taken care of by a second pass. 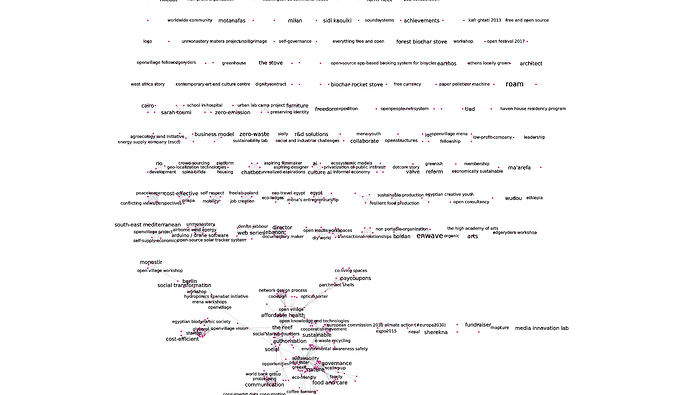 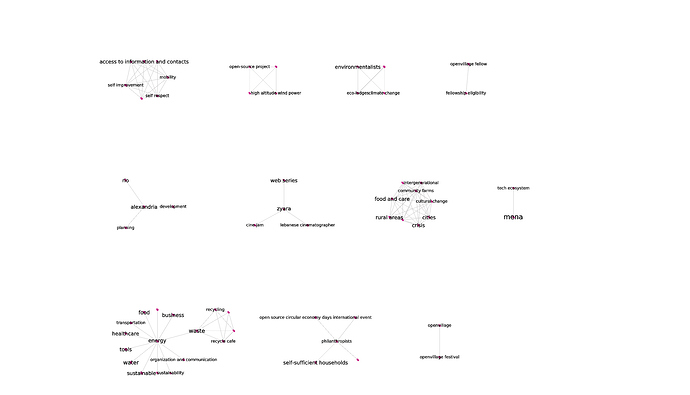 What we do now

What we have learned

I discussed this some with Amelia in Brussels. She agreed that ethnography, as practiced, is strongly subjective. And that she did not know how to change that. But yes clear and explicit guidelines are in order, although it is still to be determined how explicit in order to get fairly uniform interpretations. I would think preparatory conversations are a must with frequent review. After a period of time and experience working with the same people, I am sure things would even out some, though not completely.