Fear and loathing in Matera: the "unMonastery affair" on local media 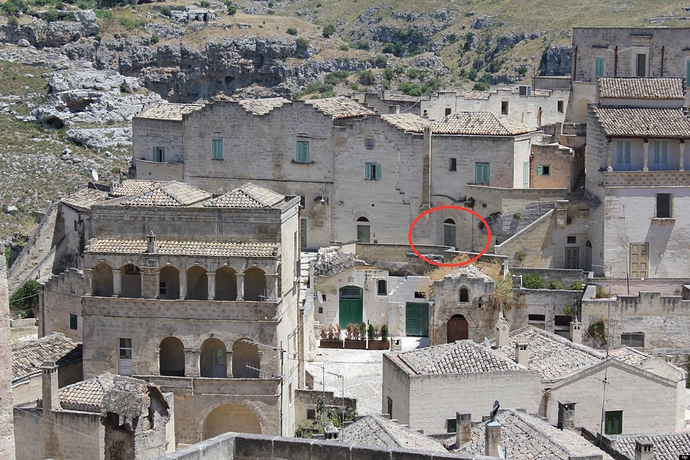 A few weeks ago, the collaborator of a local TV station discovered some junk in a room of the Casale complex, in Matera. Among them, desks and office chairs; construction materials; empty bottles and cans; and conference materials, like flyers and posters. The complex hosted, for most of 2014, the world’s first unMonastery, a hacker residency project tied to the city’s victorious bid for the title of European capital of culture in 2019. The reporter decided this was an “affair”: the unMonastery affair. Foreigners come to Matera to dump their garbage! Shame on them! This reverberated on some unpleasant social media interactions between some Materani and some unMonasterians and edgeryders, like @elf_Pavlik (see here).

I am a partner and co-director of Edgeryders, the social enterprise that helped mount the Matera unMonastery iteration. I know the project well, and I know the unMonasterians who were its life and soul. None would dream of just abandoning waste in an unappropriate place, and some are extreme recyclers and upcyclers. So I asked around, and, sure enough, it turned out that the room in question (highlighted in red) had been used as cellar since before we first inspected the complex in 2013 (see these pictures – the Dropbox timestamps show they have not been edited in over a year). It is likely that the derelict office furniture has been abandoned by the former occupant of the complex, a company called DataContact. With appropriate irony, DataContact’s owner also owns the local TV that mounted the “affair”.

During our tenure of the small part of the complex used for the unMonastery, the same room kept being used as a sort of cellar: a storage space for objects unMonasterians could not or would not recycle, generally with a view to later upcycling them. Like many cellars, it looks untidy, but that is hardly newsworthy. On the side, it is worth noting that the unMonastery project devoted over 50% of its budget (about 40K EUR) to renovating that part of the Casale complex, owned by the City of Matera and hence public property. This meant installing a kitchen; repairing the heating system; renovating the floors, damaged by humidity in the bottom floors; whitewashing the walls; reclaiming the space from some people who were occupying it illegally. The space was returned to the city in way better conditions than we found it. What probably happened: somebody broke the door’s lock before the reporter wandered in, and that allowed him his “scoop”. Case closed.

Or is it? There is a lesson to learn here. Why did the obvious scenario (“a windowless room at the bottom floor with junk in it? Must be the cellar”) escaped the local reporter? Why did he not check? Talking with some Materan friends, we made (partly for a laugh), three hypotheses.

In the end, it is of no consequence why some local reporter decided to go for the “unMonastery affair”. What does matter, for this iteration of the unMonastery as well as future ones, is this: the unMonastery wields considerable moral and intellectual authority. We might not want them, but we do not really get a vote in the matter. The smaller and more provincial the host city, the more prominent the unMonastery and individual unMonasterians will be in the public eye. There will be awe; there will be jealousy; whatever its sign, there will be exaggeration. These things will simply happen; it would be wise to be ready for them. From a stewardship point of view, it would be good practice to take time-stamped photo- and video documentation of any public resource the unMonastery is entrusted with.

I submit underestimation of the unMonastery’s public profile to @Bembo_Davies and @katalin for inclusion in the Book of Mistakes. If you authorize me, I will create myself a wiki page based on this reconstruction.