It’s inspiring to see the community come together to build LOTE4! The dashboard is amazing, and growing by the day. As is appropriate for the early stages of conference organizing, we are still focusing on the “important” stuff like the program, communication, hackathons and logistics. I would suggest we make collaboration it even more amazing by opening up the way for people with different skills and inclinations to also shine. There are two missing teams that I think would make a major contribution to LOTE4:

I can think of several people in the community who would be good at one or both of these tasks. @zoescope and @Susa would rock in the gadgetry department, whereas @TOOLosophy could treat us to edgy post-Soviet djing and @Bembo Davies, of course, is always up for bringing people together. But, as always, who does the work calls the shots: I don’t want to make decisions for anybody (I can’t, since I am not doing this particular work), but I did want to signal that we are more than open to it. LOTE4 will be serious work, but that does not mean we are not supposed to have some fun while we do it!

I am happy to offer my neon yellow cotton bags http://goldprodukt.de/wearables/blinkbags/  of which there are still quite some left in both models. To cover my own production costs, they would be 25,- each. I have always had the idea to do some silk screen printing with reflective ink but the only company I found who produces that stuff is 3M and they sell it for approx. 250,- $ per gallon. Bummer.

Of course, that is possible with any other ordinary silk screen colour and it could be some fun printing diy-party during the conference customizing each LOTE bag. Great chance to carry the Edgeryder’s approach into the world!

Looking forward to your feedback,

I will be doing the local work in Matera, and I can also take care of parties - the least I can do is DJing, but I will work on some cool, unique ideas to realise there.

I found a good design that serves mutiple purposes, orientation, provides key info and makes it easier for everyone to remember and reconnect with one another. What do you guys think of this design and know of anyone who can produce the files and print this in Matera? How much would it cost for only the printing?

So we will need to have name tags I think. And need some way for people to be able to wear them. Im not too fond of those rope things, lanyards I think theyäre called.

How about reusable Magnetic Badge Reels for event badges? 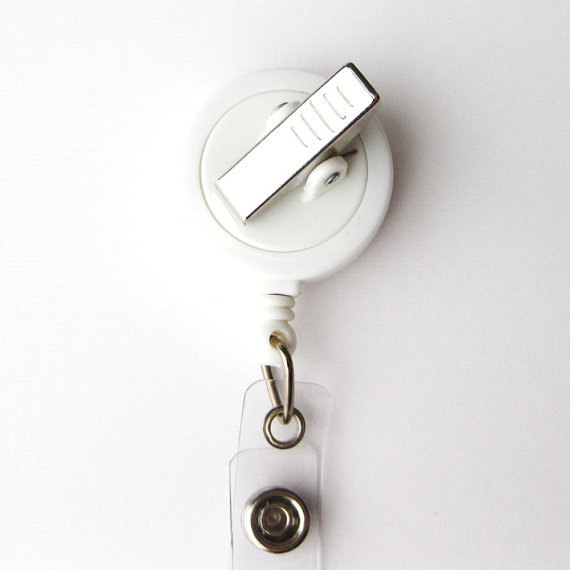 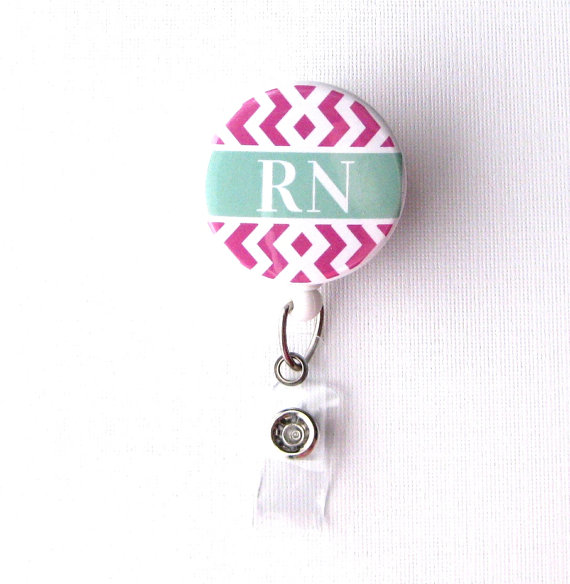 We could create a number of “faces” that people can purchase according to preference: Edgeryders, unMonastery or other community projects that people would like to present or promote when they are at other events too. 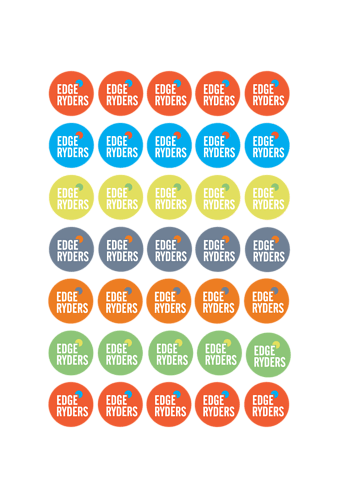 Its nice because it cuts down on wasted resources too…

If we go with this, we need to order way in advance, as most of the online shops ship from the US.

How about the full demo we discussed in Tbilisi? Having people offer to buy and sell stuff on the Makerfox platform, and coming to Matera with some of them to hand them in person?

If a session proposal is up in time, we can personally encourage people to upload stuff on makerfox ticket with a nice explanation to accompany the ticket delivery via email.

I think it’s a bit too early to promote people to use Makerfox as a regular marketplace, because we will not get to a critical mass of people fast enough to prevent the frustration coming from “nothing happening” on the marketplace. The current strategy is to phase in Makerfox via peripheral uses. LOTE4 tickets is the first such use; the next one depends on a feature that is still in the making (i.e., sending support to projects – it’s like crowdfunding with barter).

The feature should be done by end of September, and then we can still promote it so people can present their project on Makerfox and gather some in-kind support (similar to receiving those “Makerfox Transfer” payments which map to ordered goods and services). I plan to do a session on LOTE4 where I present this as a new way for community management of commons-oriented projects. Would be awesome if we can test-drive the feature in the weeks leading to that session, and yes, use the session as the place to hand over goods traded via the project support barter deals in the weeks before.

Following this conversation back I came over the Tshirt - question. If it isn’t out yet, I could throw in one or two ideas…

No one has picked it up yet, Anna: you are welcome to have a go. But remember: this is not so much a matter of suggesting designs, as a matter of actually showing up in Matera with the printed t-shirts for people to buy! If you propose a design but no one is then prepared to collect orders, order the prints, organize its delivery to Matera and sell them, you risk wasting your time. This is because I suggest starting a team around gadgets; people that want to be in that team can then coordinate among themselves for who does what. Unless, of course, you are happy being a one-woman team and want to do the whole thing yourself!

If you want to start one such team, let me know and I will help.

my idea was not so much about creating sort of fan - Shirts for selling, but to enable people to make their own, let’s say in a Workshop in Matera. I was thinking of an upcycling action: Those who want a shirt with one of the Edgeryder designs (I like Ola’s) show up at the workshop with an used shirt of their own and I and others who are interested in doing such stuff, ideally also people of Matera show them how to do so. This could be in combination with other upcycling activities, maybe several workshops for different groups: teenagers, children, with or without parents, Edgeryders in need to do something with their Hands after all this discussions

What do you think? Would this make sense?

It does seem to make sense. In fact, Matthias had already had this idea… would you be up for running it? 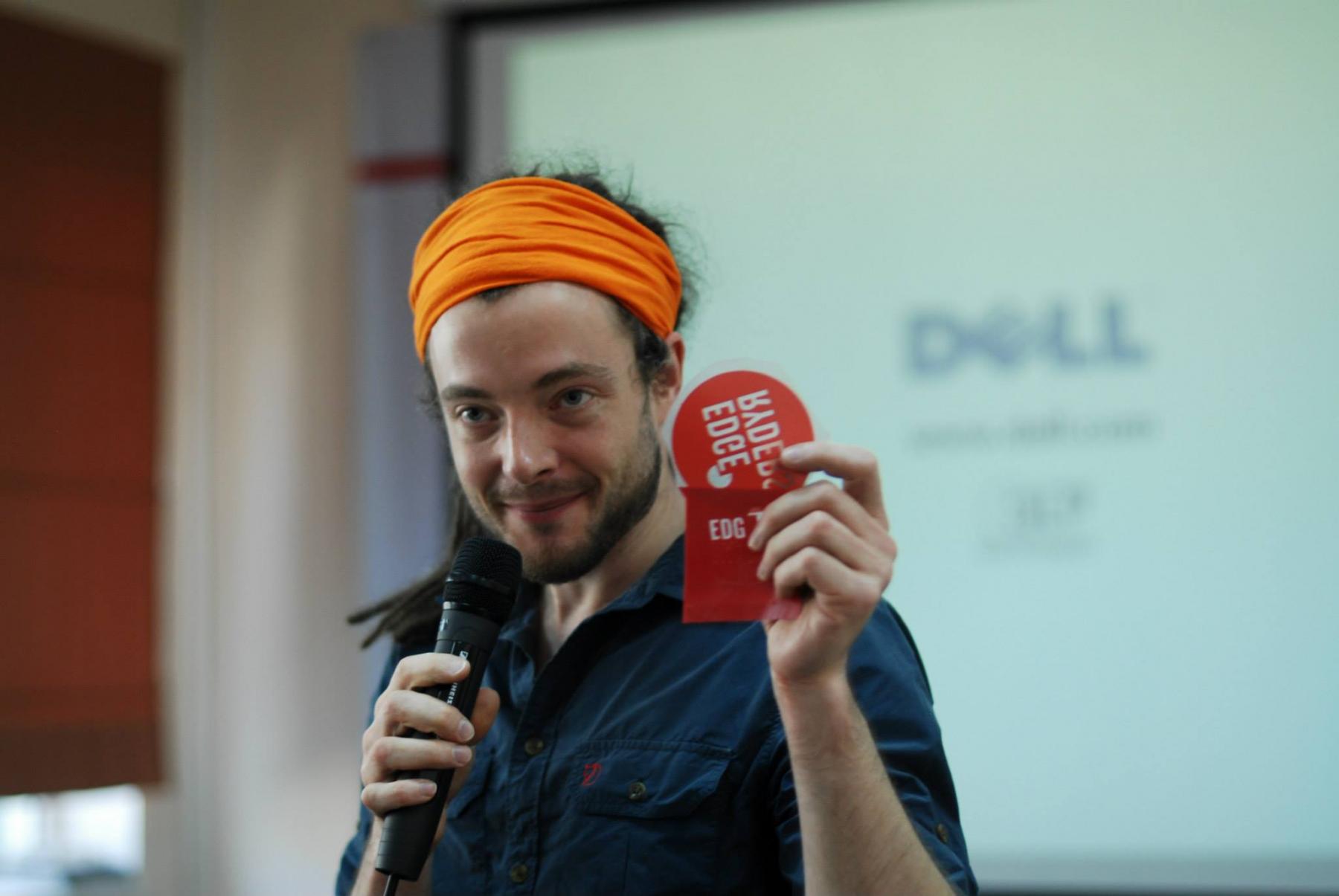 I admit, I read about the do -it -yourself in a post, but couldn’t find it anymore. So, thanks to Matthias for inspiring me…

Yes, I will run it, but would need some help. Can prepare some bits and take them to Matera, but if Materani are to be involved I would need support by someone familiar with town, people (artists? schoolteachers?) and language.

So, what do I need to do to make this work?

The wonderful @NicoBis is the official point of contact of LOTE4 with all things Matera. Tell him who you want to get in touch with in town (a designer? a tailor? a couple of enthusiastic people?) and he will try to make it happen. To tell Nico what you want, start by writing a post in the LOTE4 group or just click here.