Galway makes it to European Capital of Culture 2020!

Europe is a strange place. One can feel misery and hopelessness seeing how cities are plagued with division, conflict and death (I am writing this the morning after the attack in Nice). But at the same time one can feel pride seeing people choose to come together to build instead of dismantle.

Galway is such a place right now.

Just a few moments ago, this wonderful, huge hearted city became the official European Capital of Culture in 2020! This is to send a big batch of hugs and congrats to our fellow team members there whose work paid off and is now taken to a whole new level.

This spring @Alberto and I were very happy to work there and help boost grassroots projects to the point of being written into the bidbook. Some are shining in the bidbook lineup and are presented as part of the official programme, while others might end up being supported further down the line. We met people striving to create community hubs for immersive art, to put a carbon free Galway on the agenda, to create edible forests, to set up peer led mental recovery centres! One project in particular has Edgeryders listed as an official partner, and that is PILGRIM - a Galway birthed and flavoured version of our own unMonastery (pam pam!), led by @Thom_Stewart .

You can read about the next generation of young, creative cultural producers in the city’s bidbook, now public. The general concept is Making Waves and it’s meant to be evocative of cultural democracy, meeting potential beyond boundaries and celebration as the path to the future of culture. The full version is available here.

<3 Team Galway2020, thank you for inviting us to be a part of your journey this year, we are humbled. The next step is to boost the Edgeryders Culture Squad to weave the new European Capital of Culture 2020 in an ever-denser international network of artists, hackers and activists.  Onwards! 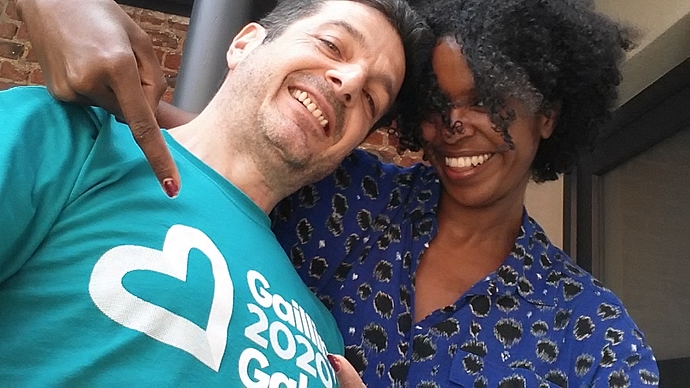 Must feel rewarding to see your work (esp. Noemi and Alberto, together with all the others in Galway of course) result in this success.

Which is, after Matera, the second time Edgeryders were contributing to a ECOC win. Maybe we have to get used to the possibility that bringing in the “edgy” people and their ideas has a big impact in the cultural space? I’m still a bit incredulous but it’s the second time already …

I do not know how robust this is, but I do know this: part of what Edgeryders has to offer to the ECOC space is on the right side of Metcalfe’s law. Supposing we manage to seed some intiatives in Galway and Matera (think unMonastery), our next candidate ECOC client will find partnerships ready and eager (= highly interoperable because moving from the same “edgy” paradigm) in both cities. That is valuable, because all candidacies need to strengthen their “European dimension”, EC jargon to mean they should not be too provincial. So, the more cities we work in (especially if we win) the more valuable we become. I do see an opportunity.

What then are the commonalities

in both of these successful contributions to the winning cities?  Whatever it was that Galway wanted, was, I assume, part of what made their bid work.  One can surmise any other city would be interested in that, plus whatever else new was learned this time around.

It’s a nice thing to be good at - helping these cities.

I find it interesting to follow up from that close the selection of cultural cities in Europe and congratulate all people that helped them to the titel.

My main concern for all selected cultural cities in Europe is how can they continue to surf on the wave they creating that year. I saw some great exemples but also lesser great things following up a cultural city nomination. Take for exemple the city of Lille that was given the titel in 2000, it gave the city an amazing boost bringing it back to top levels of culture in that region, and on the long term a lot of new HQ’s of culture where settled in the city and for many years it got really positive effects. But then was formed the organization Lille3000, from first approach a great initiative gathering the energy veculated thanks to the capital of culture, but when i hear now young new organizations talk about their culturale events they want to organize they are stuck behind that enourmous thing that became Lille 3000, raffling all the budget and controlling a lot of the new initiatives. so there you are with a great initiative that become a monopole on the culture of the city. How can a city continue diversify and structure beyond the initial year.

i could give you the exemple of mons as a capital of culture for Belgium with samelike consequences, maybe other people have other exemples?