Group that acts together, PART 2

So, here is the continuation of Abhinav’s story. I got hold of Srijan Silwal, the unanimously agreed glue that kept the spontaneous group together. It was interesting to see a group of young friends emerge after a disaster, then take part beautifully as a group, making a contribution to the society that needed them. I am glad to introduce you to Srijan Silwal and his group. 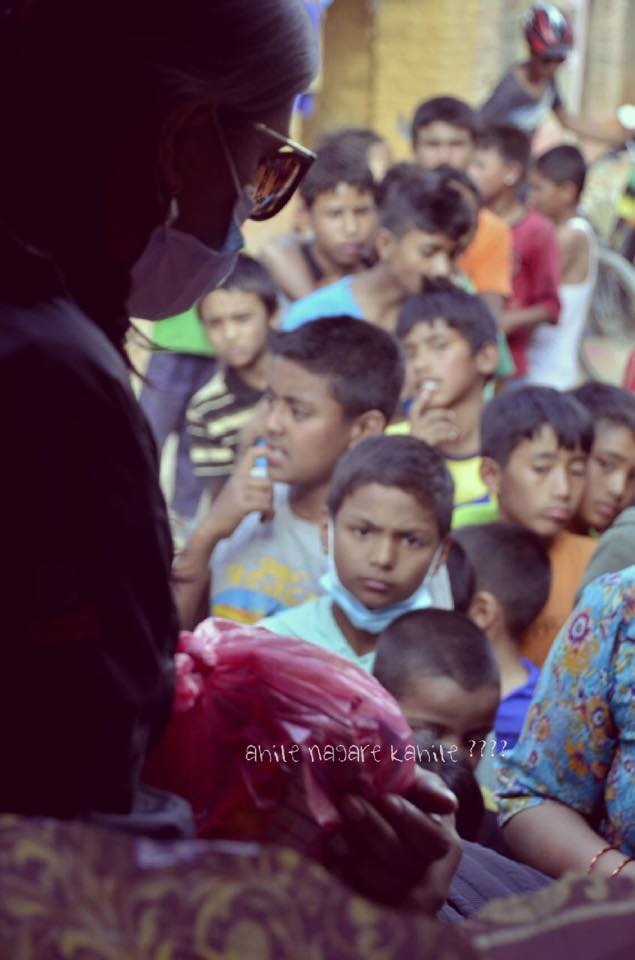 “We called ourselves ‘Kathmandu relief team’. We are not an organization but a group of friends trying to help people that were in need after the earthquake.”

And what brought the group together?

“I think the idea came when my friends decided we should help the people affected by the quake. Everyone wanted to help but no one knew how to. So around the fourth day, five or six of us got together and bought some tarpaulin and food and went to one of the affected areas. The core group of people was around 10. But each day we had 20-30 people who assisted us in visiting these areas,” says Srijan.

The visits and rescue work

“What we basically did was we decided to provide tarpaulin for the affected people. Later we started providing food, blankets, mattresses, hygiene kits and so on by either purchasing them ourselves  or from other organizations that wanted to help. We used to decide on the location on the evening before our trip. Usually some of our friends would come up with a place and local contact person of that place. And we would generally target a population of around 50-70 families per day.” – Srijan 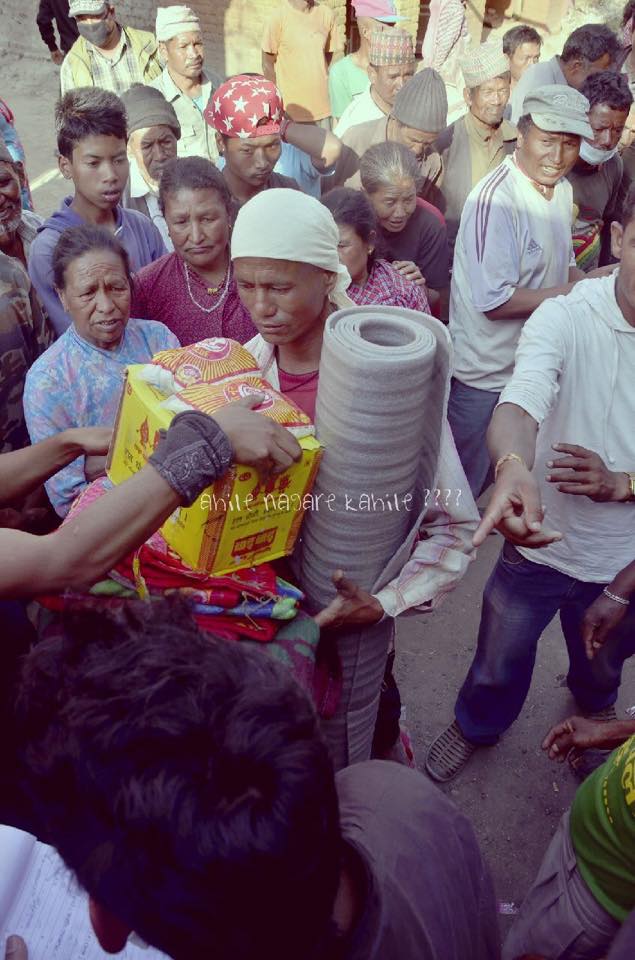 “I was really overwhelmed by the spirit shown by people like us to reach out to victims and help them. I have seen people like us working day and night to help people they didn’t even know. So I was really inspired by the unity and devotion showed by our community to help each other. On the field, there were people in VDCs that had formed organizations that was really helpful for us as they had lists of all the families with proper details. To see that unity in people and the courage to take responsibility and initiative was something that I had not imagined. One thing I learned from the experience was organizing and management. I had no idea that I would be able to coordinate the efforts of the entire group.”– Srijan

I asked Srijan to share a story that stuck with him and coincidentally, his story was of the same individual that Abhinav had talked about.

“We went to Alapot VDC near Sankhu and we had a local contact person there, Mr. Bharat Nuwakoti. At the end of the day, we provided Bharat Dai with tarpaulin, food, mattress and blankets. A guy came along from another ward of the same VDC and told us he had nothing and asked for anything that was left. We had ran out of supplies for that day. But Bharat Dai put all the stuffs we gave him on the ground and told that man he could take anything he wanted. The guy himself was an earthquake victim yet he wanted to help others. So that was some experience. It kept me going for the rest of our efforts. Mr. Bharat Nuwakoti will always have my respect.” – Srijan 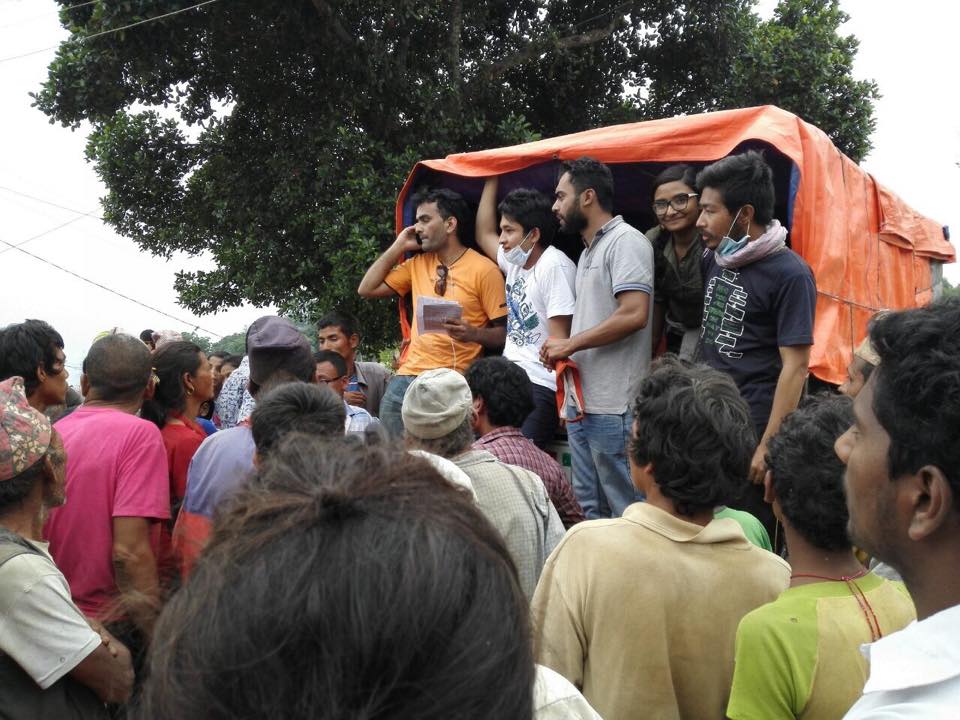 “There were so many organizations that were providing relief materials. The only thing I regret is not helping all the families we could have given correct information. So if I were to do it again, I would have contacted them with proper details so that we would have gotten the supplies to help as many people as possible.

“We did meet army personnel in a village beyond Tokha. They were building shelters for victims. After they had finished their work, they handed us a list of families that they had built shelters for and we coordinated with them to provide relief materials to other villagers.” – Srijan

The best way to move forward is to get inspired by fellow workers who have contributed to this purpose. Inspiration comes in many forms - sometimes it is in the group and at times outside it.

"We have been coordinating with a group called “Aid for Nepal”. The group was formed by people I have know from my college days. My friends, seniors and juniors were part of the group. They helped us with funds for relief work. They also sent teams to places like Gorkha, Sindhupalchok and other affected areas.

“There is also a group called Kalyani for women who provided us with hygiene kits for families. They have been very helpful and they have been providing supplies to a lot of groups. Along with that, I would really like to thank all my friends and their friends who worked with me in Kathmandu Relief Team.” – Srijan 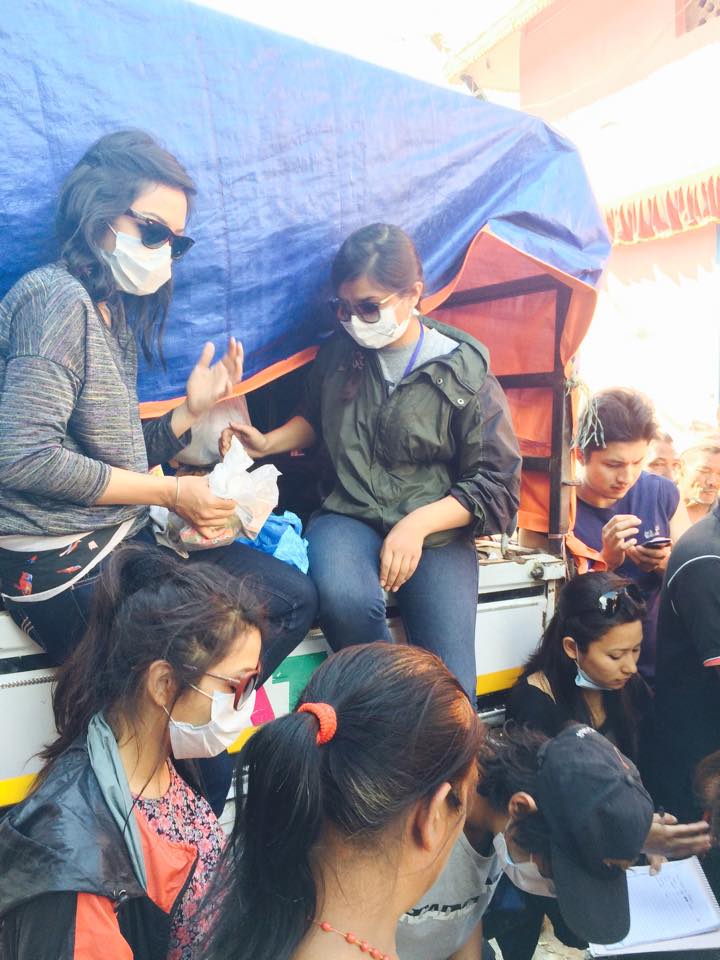 Again, we have a lead. We have a group that has inspired by @Srijan_Silwal and the gang. For now, congratulations to Srijan Silwal and group for being an actively involved member of Post Earthquake Society. I hope you continue your good work.

1 Like
What should the Case Studies look like: a style guide
Interview framework for Case Studies Adventures
dipti_sherchan July 31, 2017, 6:38pm #2

by the way “ahile nagare kahile?”

means “If not now, when?” And I think it is followed by “If not us, then who?” - I find this saying such a compelling one. It was once again, a very enriching experience to read this @anubhutipoudyal.