I need advice about OSHW licences

In the Content Licensing section of the manual, /t/edgeryders-dev-testing/331/user-manual#legals it says to use an OSHW licence that “conforms to the Open Source Hardware Definition in its respective latest version.”

Before i spend a few weeks looking this up, has anyone else done any further research into what licences are effective to use?

Yes, i can use google :)) I’m looking for background information, about the sources that are out there that other Edgeryders have found personally useful…

Getting some formal legal advice was the request i was going to make on Makerfox.

… but in the open data movement the trend seem to be to rely on CC-BY. NC is not considered open; about SA the jury is still out. Maybe @Costantino or @zoescope will know more about OSHW licenses!

When it comes to hardware,

it isn’t as easy or as clear-cut as software.

There isn’t a hardware version of the GPL, because the GPL is based on copyright law, and hardware is governed by patent law.

This is good news, because patents expire.

The approach used by @hexayurt is one way of doing things.

I was planning on releasing all of the design docs under some form of GPL, but i had an idea that would involve using the EU Registered Design system.

The idea i had was a GPL-like licence, where you could only get a valid licence to make/sell/distribute that design if any extensions to that design were released under the same licence, and those terms would have to pass downstream to anyone you sold the devices to.

While the core idea is similar to the GPL, i need someone who can make it legally water-tight. I’ve done some initial research, but i’m very aware of my lack of legal knowledge.

I’m not even sure if this is a feasible approach. Anyone got any comments?

Bouncing these idea’s off my flatmate, who’s another member of the London Hackspace, he asked me what the advantages would be?

It tends to mean that good idea’s don’t spread, because they’re commercially locked down. Look at the blossoming that happened with steam engines after Stephenson’s patents expired. Look at the renaissance that’s happening right now, with 3d-printing, now that the earliest patents have expired.

Using Registered Community Design with GPL-like licensing conditions, would mean that it would be locked open for that length of time. Add in downstream re-licensing for the people buying the devices, and mandatory GPL-like licensing of extensions of designs based on the original designs, and you’d have a hardware commons that would, in theory, be impossible to legally enclose, without destroying the functionality of the existing legal framework.

It would need to be legally water-tight, and i don’t know anyone who specialises in this branch of law. I’m chasing colleagues of colleagues who work in this field, but if other Edgeryders can ask anyone in their networks who might be able to help, we’d be able to get this problem solved more quickly.

Then we can get on to the interesting stuff, the technical solutions that already exist and the more efficient extensions that we can produce…

I just had an idea…

It’s normal in industries that use safety-critical equipment, to have a log-book that goes with each machine. This normally details the original spec of the machine, as well all of the changes that were made to this particular model thoughout it’s lifespan. Again, this is so the company is not tied to a specific engineer, and so they are covered by insurance.

This would work for open hardware. Release a set of design documents under a licence that requires the transfer of a logbook, with every version of a machine that is made from those design documents.

The logbook would include the original design documents, as well as all of the changes that would have been made, as part of the extension of the designs. This would aid forking.

Add in a clause that says that anyone who uses the machine has a legal right to a copy of the log-book, and it avoids the software-as-a-service trap.

Use a modified form of the GPL, and we’re legally water-tight.

And it doesn’t exclude the commercial sales of the machinery. 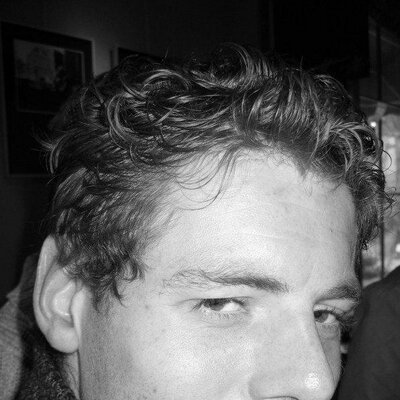