Kooperatywa Izerska: how did it build a rural community and what attracts people to it?

I am based in Poland, in a rural area and community which created the initiative called Kooperatywa Izerska (website: http://kooperatywaizerska.org/), but at the same time I’m doing a Phd in alternative management, with permaculture management. I’m close to my field of study, which is the dispersed community living in a rural area in Poland. It’s rather a case study than a general theory on how to introduce the people to rural areas.

In this area there is a lot of new immigration from the cities - from Warsaw, Wroclaw, and from different countries, not only from Poland, because the land for the past years was quite cheap to buy. There was this fashion/trend to have an old stylish house in the rural areas. It goes also with the food sovereignty movement and trying to keep the quality of food in this area, and preserving the traditional ways of cultivating the land and keeping the seeds, creating a food bank for them.

Even though it’s called a cooperative, the community has very diverse activities, also cultural ones.
The group is very fluent, it depends what the initiator of the activity is: for example - someone working with seeds gets help with harvesting by other people. We have maybe 10 active people who initiate activities like this, managing the cooperative to not lose the contact with farmers…

In the session about bringing back human potential to rural areas, there was one question about how do you convince people about the rural alternative.

I can say how ‘I convinced’ - you cannot do much, there is a mix of factors which attracts people. In this case, in my region, a lot of base work was made by cultural organisations, the first ones which landed here, and even after the collapse of communism 30 years ago. They were looking for an alternative to the official culture, and they found an old railway station and were stubborn to renovate it. They also created the Laboratory of Social Eco Village, very small in the beginning and very unwelcome by the local community. Then slowly, by organising bigger festivals, by making living in the village trendy, they showed different ways of understanding the village. They attracted a lot of artists that are currently living here, and people who would go to the festival as volunteers, and were the kind of escapists looking for a meaning in living. This gave a nice vision of the future, to have a community nearby.

I am also part of the researchers of this organisation: they have a lot of declarations of ecostyle, but it’s more hippie culture, not ecological in a strict sense. As they started to attract people, there was a snowball effect, and a lot of people interested in the ecological movement were looking for land, so now it’s a mix. We organised two local sovereignty forums which were dedicated to making a lively community around seeds, and local farmers - there aren’t a lot of them left in the countryside.
What attracts people is an already settled group and a good marketing of this group: if you come, you don’t have to feel like a total outsider, with a lot of gossip around them as new settlers. We still have a cliche idea about new settlers, that are not part of the ethos. Before, it was Germany, and after the II world war there was a complete replacement of the existing population with newcomers from very different parts of Poland, as well as from the present-day areas of Ukraine and Belarus, which had previously been Polish and had a largely traditional Polish population. This resulted in the loss of the local identity to a large extent, the circumstances required to find oneself in a difficult climate, completely different from the previous one. So this place is absorbent like a sponge when it comes to new cultural trends.

Summing up, it’s a particular case, but I think it is important to have the leader group (not a person) that is updated with the local law; and permaculture which is gaining popularity are important. We also have good local government here. The person who landed in the hippie festival is now a mayor of the town. It’s like a happy ending, he’s organising open circle forums and attracting new settlers to do something active here, by facilitating cooperation with local institutions…

The person who landed in the hippie festival is now a mayor of the town.

Wow what a story!! You won’t believe it @aleks.jaszczyk but speaking of good local government, in Romania we have a very similar story that started with activists moving in to stop a gold mine creation by a Canadian company. And then you end up with this hip youngster setting up shop in the village, creating a local business and running for mayor! 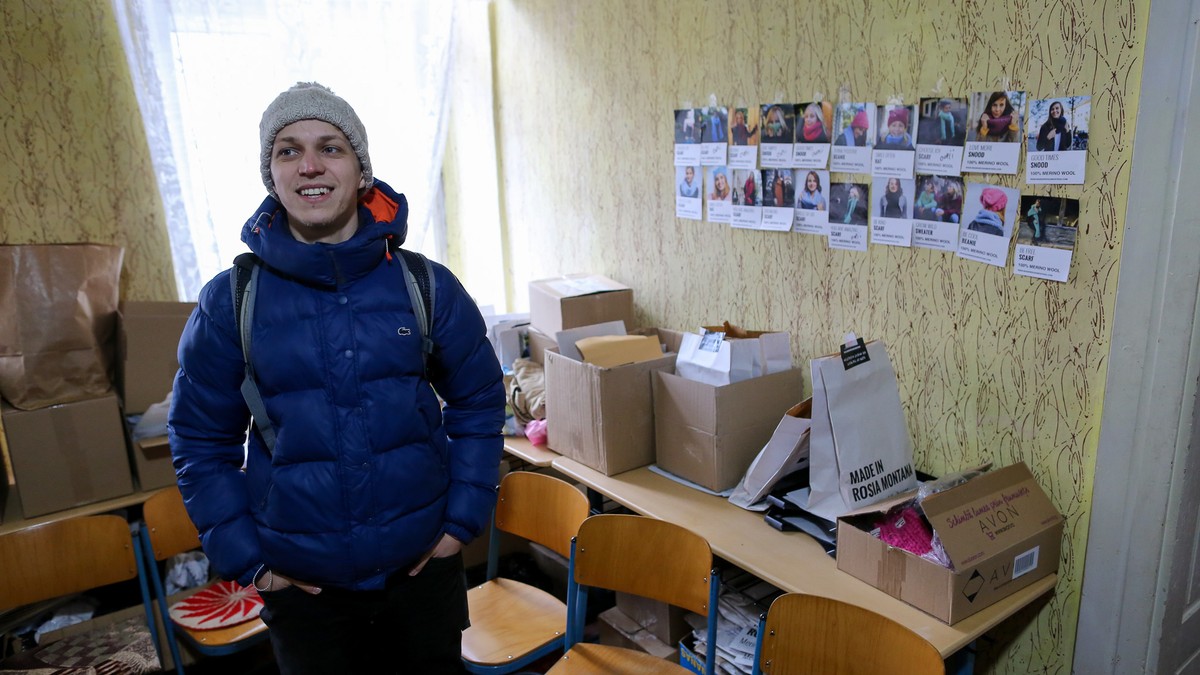 At 18 years old, Tică Darie helped fight off a mining conglomerate that planned to turn a Romanian village into a cyanide lake.

A story also for @Dragan_Jonic - this is where activism can actually change not only politics, but save the environment AND create employment…

Thanks a lot for sharing this!!

How appropriate,@noemi! Many, many thanks for this.

The government of Serbia, nothing more than a pawn of global megacorporations, has recently created a Task Force for the development of a lithium ore mine in Western Serbia. The sales pitch is that it’d be “The Business of the Century”, while only 650 Serbian workers would be employed mainly on physical labour jobs.

I’m reading the text and comparing it with what we have right here in Serbia, in front of our noses: Australia’s mining company Rio Tinto and US behemoth Bechtel have just made marriage from hell.

At the first moment I was puzzled why John Yovanovitch, the Head of the Serbian office of DFC (U.S. government’s development finance institution), would sit on the Task Force together with Michael Shiraev, the 2nd Secretary at the Australian Embassy in Belgrade, but now it makes sense.

It would be brilliant if we get in touch with the people in Roșia Montană. This example only reinforced my thesis; it seems to have become paradygmatic: more ecological activism, more people in abandoned remote rural areas.

What Rio Tinto and Bechtel plan is exactly the opposite: to remove young farmers from their land in one of the most fertile agricultural areas in Serbia. As there is a tremendous opposition among the local farmers, Rio Tinto is now threatening that, if they don’t sell it out, their property would be nationalised and requisited at much lower price.

It’s frustrating that we don’t know what is going on behind our back as everything is shrouded within the Covid-19 pandemic regulation and many foul things are happening without our knowledge.

We must stop this once and for all, on our own or with help from our sister organisations.

I have to say, for that village Rosia Montana in Romania, it took 12 years of activism and mobilisation, probono lawyers, a hip festival that brought a lot of other Romanian population in the region (music, crafts etc), similar to @aleks.jaszczyk’s story !
What tipped the balance I believe were the continuous demonstrations in large cities agains the mining, where obviously many more people joined that weren’t at all part of that hyperlocal community… a critical mass, if you will.

Let me know what would you like to talk about/ learn from the group and I can get in touch with this young politician and introduce you. Or at least try, I am at a 1-2 social nodes distance from him…

Successful ecological activist victories that I have seen have been a combination of local protest and others working to influence things in the capital where the laws get made. California’s last old growth redwoods were saved in that way. The persistent local protests and the tree sitting kept the story in the press and in the popular awareness, which put pressure on behalf of the work the lawyers and insiders with eco-minded positions were doing to get the laws changed.

I completely agree @johncoate
We had such a situation with the “revitalization” of the old basalt opencast mine. This area was an area left to nature, a bathing area liked by the residents, until the commune decided to turn the site into a landfill for waste imported from Germany, which did not meet the standards there, and these standards were lowered in this commune to make it legal. Of course, the company dealing with the procedure covered itself with inspections, but everything was done on standards much lower than those recognized by the European Union. There was a considerable protest that gathered and connected residents, showing the common solidarity and change of consciousness to a more sustainable one, in front of the seat of the commune council, which made the case publicized throughout the country. The company has suspended its work for a few months, but apparently, the area is already doomed to be a landfill. Interestingly, it takes place in the neighboring commune to the one described above.

(link below just in Polish, but it’s the national webpage, just for illustration)

There was a considerable protest that gathered and connected residents

Did the protest involve also people from outside the local community, like in the cases me and John mentioned? If yes,what do you think motivates the people (especially outsiders) to support a local cause and fight for nature?

In Romania’s case - the protests were very focused on anti-corruption, because everyone knew that selling out land and giving permits was happening in negotiations behind the scene, without consulting the local community. These permits would then only benefit the main actors in the transactions, and would give way to exploitation of land without ecological or even long term economic returns for the community.

In this case, is a bit more complicated

People with longer and shorter years of living in this region appeared on the demonstations. Perhaps the great diversity was very attractive to the media: people from outside the region also came, mainly the most die-hard activists and artists associated with this rather artistic region.
Performing change by artists is very necessary and will always find a place to be created by charismatic people. They certainly play an important role in the initial operation, but also needs rational and fundamental managers and people who directly influence the policy, including business.

No surprise, that the downshifters are heading towards rural areas, because due to the lockdown many people realized that living in the nature offers valuable resources such as healing herbs, contact with animals, walking in the forest, physical activity, fresh air, local community and access to food.

I assume that such pragmatic issue as access to food will attract even more people to the rural areas in the future. There is a thriving initiative dedicated to food justice in Wroclaw. It is the foodsharing group “Z glodu” which reduces food waste and provides fruit and vegetables to over 50 people each week. It originated in summer 2020 and there is already a documentary about the self-organized group https://www.youtube.com/watch?v=5omujTNyjsw