Learning from Galway 2020: cultural consultancy in direct service of communities 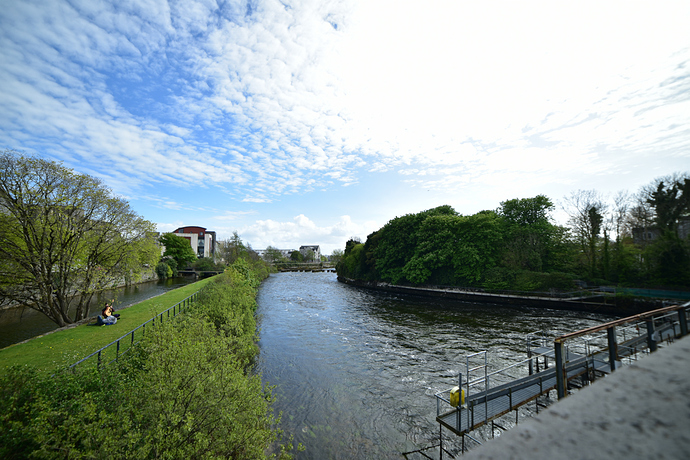 River Corrib traversing Galway City Center on a surprisingly sunny day in May.

Earlier in March, Edgeryders team was brought on board in Galway’s (Ireland) bid for European Capital of Culture 2020 to provide extra help engaging with local leaders and edgy ideas for cultural change, and feature some in the bidbook. This post is reporting on our work and what it means to be in service of community as much as in service of the client, in this case Galway City Council. Another post will follow introducing some of the people and projects we met, but first: how we did it and what we can offer openly as learnings.

As the city was racing as a candidate for the title, considerable engagement had already been initiated: a number of speak outs, public meetings and workshops were organised to surface people’s vision for Galway 2020 and ideas for how to fulfill it. As it happens when an administration opens the door, creativity and innovation come in. Our mandate going in was to ensure the edgiest ideas out there don’t fall off the grid because of lacking capacity to bring them in, or because they are not championed by established organisations.

The community engagement process we ran was inclusive in entry, through a set of shared rules, but selective in exit, to make sure the city can take responsibility for delivery.

We would like to unpack this last contribution into key insights to accompany Galway 2020 team’s work in the future, should it become European Capital of Culture 2020:

After success… what now

So i have just returned to this post and i see that a lot of what you mention in it conatins ideas for what ER and Galway might do next based on the condition of selection.

Given that the Galway bid has been successful, is it worth us revisiting some of your ideas from this piece and seeing if there is interest from the Galway team to think about that next stage?

Come September we’ll have a chat with the team to see what the situation is after the win and reiterate our support. From past experience, it might take a while for the team to transition towards the implementation phase… but look forward to see what the future holds.