A few weeks ago I participated in a panel on Creative networked communities during Ouisharefest. While preparing it we talked about looking at specific projects or initiatives that we might be able to draw our different communities into doing together. More specifically we were interested in looking at 3 alternative ways of achieiving more impact:

Today @Maxlath shared the video of the discussion: 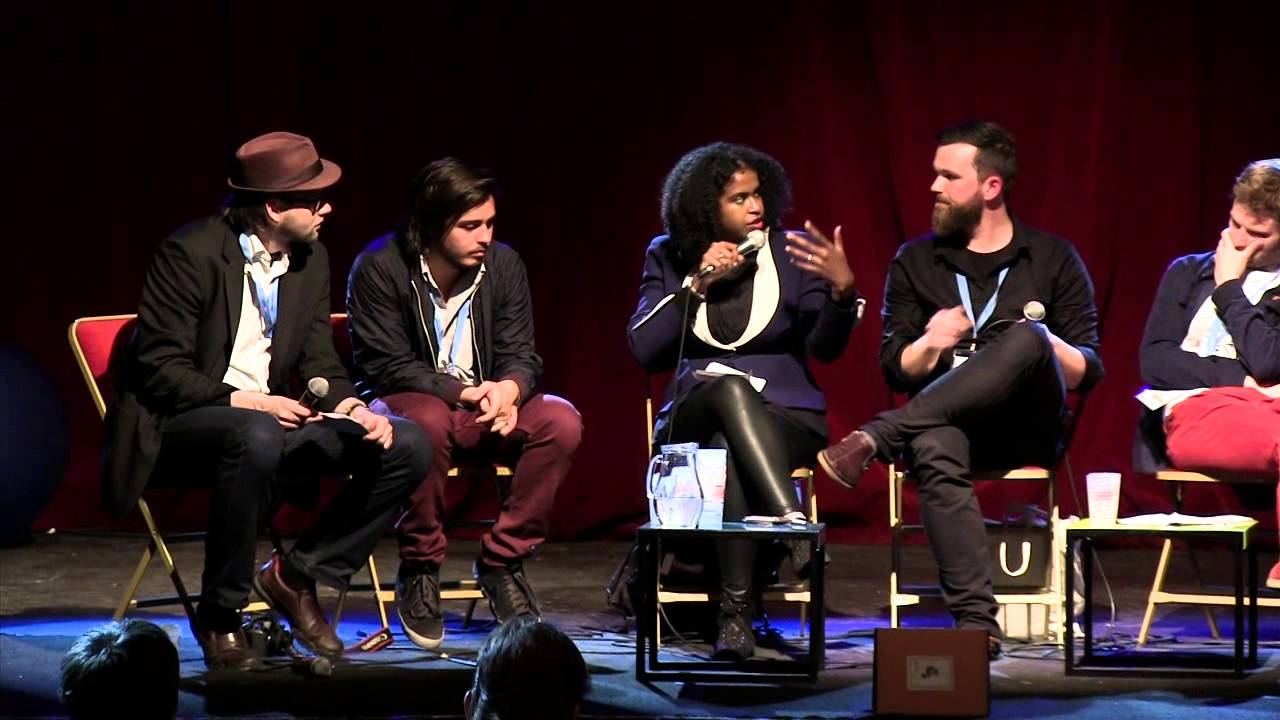 After watching it and I was again reminded that the underlying question is really relevant for supporting one another to get more projects like the unMonastery off the ground. So how do we better coordinate some activities in the our online communities to support our community members and help increase the impact of their work? I believe in learning by doing and would like to invite others into trying to do something concrete together, documenting our efforst and sharing what we learn.

Are you interested in the topic? Want to help build this? Know of good people, places or projects that we should draw into this conversation? leave a comment below!

1 Like
GOOI! Wiki: Outcomes of Workshop #1 at Jozihub
LOTE3 Program
LOTE3 Program
Enspiral vs ouishare vs edgeryders
A proposal for change we can afford
noemi July 31, 2017, 6:38pm #2

Personally I found it useful for people who put their time into building high energy around a common goal… and taking the lead in doing that with some struggle to align incentives, compete for people’s (limited) attention, and ensure transparency, all at the same time.

What I’m hearing is that although there is a will to build bridges and pool in resources, we still don’t know anything about the cost of doing that, since we are all pretty immersed in doing our own thing. So the recommended thing to do would be to take it step-by-step and focus on overlapping goals rather than a common framework to do things. One step was you guys meeting at OuiShare Fest and talking about it, which is already working in our favour.

Looking forward to meet at least some of you guys in Matera in the fall! I saw Antonin is coming?

A poor netiquette ramble on this subject turned clear:

The first thing I think of when I think in terms of creating networked communities is how to engage people in the community without necessarily requiring they sign up, fill our text boxes and profiles and all of that.

Also, how can people contribute collaboratively by just doing what they are doing, but with better infrastructure to get those actions into a connective value basis where their meaning is set to work.

As Noemi mentioned, the basis is attention, and competing for people’s attention implies that you either compete for control over context (by attracting into another context) or you mould your efforts insuch a way as folk can contribute based on their own activity. The simple act of referencing over time grow into focussed attention as the community grows in effect and potential. People get to know the value of the group by this kind of exposure and are more likely to take active part in it.

To this end I always think of how speakers are urged to use humor to get the message across. Standup Comedy has two parts, the first part is ‘standing up’, the second, comedy. To engage people fully our grounding has to be firm, from there, the flow is important. The same applies when networking the networks. Understanding this is key. For the reason of its being possible at all (which it is, being conceivable) this implies that the method of connecting the initial community is not directly content specific, what I mean is that its not the stuff but the stuff between the stuff that connects people and this is even more important in making that a creative arrangement. What becomes important is moreso the infrastructure, which is built on values and information flows. The success of the ‘product’, in network terms, is not a product but the relation of a value associated to a purpose.

Given that ‘meta-bullshit’, as Petros would lovingly say

, there are some core things that we can start to do. I have mentioned the Centup and Flattr model (thanks Alberto for filling that gap), and how it can be used to generate funding circuits by rerouting ‘donation’ funds through culture and the arts into societal change organizations and events. (You could even swing funding for this one , worded right, on a community basis)

Jasmine was working with Ele on DIY days, Ele works as a writer for Good.is who umbrella Centup. Good.is have recently started a new venture called ‘Goop Open’ which could be a route in, and Centup itself just got donor funding enough to give a free dollar to a bunch people on the system to get them into it. (hence my thinking about the funding, I wrote to Good.is on behalf of ER before and they are open to future collaborations of this kind.) The Good.is people have a large readership or their ‘newsletter’ which is populated by writers like Ele who are working on their own initiatives.

Think about FastCo, people love it when they get in their newsletter/publication, this is another way to work it. Set that as your ultimate manifestation goal. Make it a weekly featuring content from the community, not only original content but content that gets ‘scooped’ from other sources. If you encourage this kind of behaviour: that people use the facebook page to publish articles promoting balance in community awareness, and then if there is good stuff, you ask the poster to write a 5 - 10 sentence intro and scoop that for the weekly. As it grows, cultivate the partnerships with others working in the same way, share content and weave the communities further in this way.

And thats in addition to the use of media, we need more digital video media. A track at Lote might be developed just for this. Competing for attention is easier if you make it accessible, engaging, informing, fun, and amazing. - Leverage the Remix culture and the creative commons, the digital video community, the streamers from activist circles. Its clear that the value structure in general is the same, the processes are the same, some have learned tricks others dont know yet, lets get these folk talking.

In this case then, with both digital video content, written content, collaborative content, you start to cultivate a community by reaching to their hearts as well as their minds, to the sense of community as to the individual sense.

I know these are how-tos, but I figure it helps, I’m in a certain position as I am, I can only do what I can do and this is it. We need some who can see, others who can listen, others who can love, as many as possible those we trust…there are those who reflect and those who react, put them in the same room and you get the best possible outcome. This is not a prisoners dillema.

By the way, I reckon I’ll be the far side of the pond during Lote, I’m up for contributing as I can, but things are taking me elsewhere physically at the moment. Just so ye know.

And before I forget, this was published today: http://crisisobs.gr/wp-content/uploads/2013/05/Opinion-Article_9_May-2013-Avramopoulos_Konstantinidis-ENG.pdf

Matthias, Alberto, Vinay, Doohan, Demsoc (Andrew right?) and Asta might have a look at this for a possible track. I know that the pirates will have a lot to offer on this, and recent US movement here, (OS and Githubbing of some US Policies and the IFTF program in ‘Future of Governance’- Evan HArris is a friend and researcher on team there and the SoCap team are also very interested in this one, naturally given the transnational network perspective of Hub Global) Reccomended viewing is Clay Shirky’s talk on Ted (he’s a bit of an ass but he’s super smart): http://www.ted.com/talks/clay_shirky_how_the_internet_will_one_day_transform_government.html

I see the Greeks piece as the foundation of what Shirky is talking about here.

All the best folks,

Eimhin I think there is a lot in your " poor netiquette ramble" that we could explore. Question as always is how and where to begin, the bootstrapping.

“Good.is have recently started a new venture called ‘Goop Open’ which could be a route in, and Centup itself just got donor funding enough to give a free dollar to a bunch people on the system to get them into it. (hence my thinking about the funding, I wrote to Good.is on behalf of ER before and they are open to future collaborations of this kind.)”

I did a quick search for Good Open but couldn’t find any resources about the initiative. Could you share a link or more information about how it works? Im not sure I understand what they do and how.

newsletter/publication: “Make it a weekly featuring content from the community, not only original content but content that gets ‘scooped’ from other sources. If you encourage this kind of behaviour: that people use the facebook page to publish articles promoting balance in community awareness, and then if there is good stuff, you ask the poster to write a 5 - 10 sentence intro and scoop that for the weekly. As it grows, cultivate the partnerships with others working in the same way, share content and weave the communities further in this way.”

Ouishare.net does this specialising in “the collaborative economy” but as far as I know it’s an online publication. I think Good has a paper print magazine too, no? [Antonin] how did you guys bootstrap the work of getting a magazine and contributions to it up and running how did you engage the first people to contribute to it (why do you think they did)? What work is done by whom in keeping it going and is this a sustainable model?

As far as I know Bert will be an EU member of this initiative taking off, I have also contacted them, they will be looking EU-ward this season.

And I meant online re: the newsletter/community news update. I definitely wouldn’t suggest something on-paper…I reckon overheads should be kept to the effective and necessary.

Totally in for a track about Communities

We could do a full track around this (types/characteristics, sustainability models, governance, values, how to manage the growth while sticking to your values, collaboration between communities, technical toolkit for community builders, etc)

Hi Benjamin, and everyone!

I agree that there are a lot of ground  that could be covered on the topic of communities. The ones which get covered are the ones someone gets excited about and decides to take the lead on developing into a solid session at #LOTE3. At the moment I am interested in one of the questions I asked in my presentation at Ouishare: if sharing is so good, how come so many sharers are struggling? So my focus in this track is to explore concrete ways in which we can help one another to make a living in a networked society.

I believe that in the course of that discussion we will find ourselves exploring other topics such as collaboration between communities, driving and managing growth as well as  skills development/ capacity building for community managers. By having a concrete set of challenges we want to try to meet together, I think the discussions around the other topics will be more generative.

just had a loose discussion about communities, support, levels engagement and reasons for engagement - this sort of thing and struggling sharers (often ‘struggling sharers’ are called something else, depending whom you talk to, but it doesn’t matter) and now thinking: is that sharers who struggle or ‘strugglers’ share? sorry it sounds a bit like philosophical bs … It’s like neighbours engaging in meaningful conversation because the house is on fire.