(Making a) Living On The Edge - Olivier Schulbaum 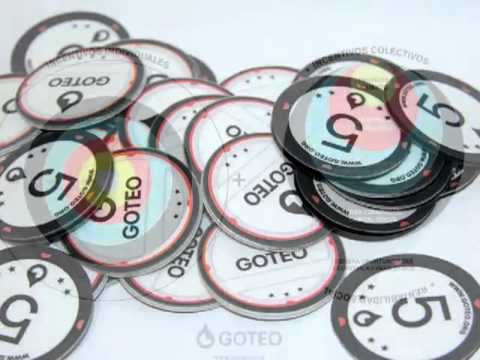 Olivier is part of a social enterprise called Platoniq and is based in Palma de Mallorca. Platoniq work on various projects mostly based on ICT, the latest of which is Goteo, a crowdfunding platform with crowdsourcing options so a project is not just asking for money but building a community. Platoniq have never believed in living off a service in Internet so they live off offline services through workshops, consultancy for social enterprises or cooperatives - develop tools on Internet and these tools bring them reputation and that is the base of the business which is giving services to public administrations, which is hard right now in Spain, and also to private entities.

Goteo is the result of two years research on alternative economy models based on Internet - P2P credits, microcredits etc. Goteo is based on crowdfunding and crowdsourcing with open DNA, only helping projects to be founded if they have for example, open design, free software, open hardware etc concentrating on these new business models. More than crowdfunding it’s more like micro credits which are paid back in the form of educational packages, code, design etc.

Open licensing is totally integrated in the Goteo platform so any project using it has these licenses right from the start. When a person helps a project through Goteo, they are helping to open up processes - an example is an open shoes project which is not just about buying shoes but putting money to “liberate” parts of the process like the design so everyone can build their own shoes.

Platoniq always have two approaches, online and offline so Goteo was conceived without code at first and this influenced the final design. It was really co-designed with workshops and other processes - which means it has more features and is much richer than other “similar” platforms. This is the capital that Goteo brings with it and is also where the money comes from, from workshops not through the small percentage they get from the platform. The business model is selling services around it which is a common thing with many open practices.

They moved from Barcelona to Palma de Mallorca in part because Susanne from the Platoniq team is originally from there and because it is nicer to live there. They have a garden where they produce their own tomatoes and lemons etc. and turn to the Internet when they need to know how to do something or share practices with other ecological producers. Before opening their new office they were spending half of what they spent in Barcelona, even though they had a free office there. Previously they were working with people full time in the Barcelona office but now they do sprints, coming together to work three days a month in a very focussed manner.

The crisis has produced a schizophrenic situation because there are lots of institutions that want Platoniq to help them develop participatory projects - they have less money than before and they think that participation will be cheaper and the users will provide the content. It’s a big mistake they have to fight. 50% of money they make is from institutions so it has been affected a lot by the crisis - if before clients were taking a year to pay, now they are taking two. However they are doing more workshops as crowdfunding seems to be one of the alternatives for projects to find a way of being funded. It’s important to use this moment to show that open models are much more effective and not as obsolete as closed ones, Olivier says.

Platoniq have both online and offline networks and are taking advantage of the fact that Mallorca residents pay half price travel to maintain them - meaning they can go to say, Bilbao, and work with interesting people for a few days, something they couldn’t do before. He thinks it’s necessary for people to meet each other and have a sprint from time to time and concentrate on the things to develop instead of having an online to do list - sometimes it’s good to be located somewhere and work with people for a few days and then to meet on Internet.

A recent campaign on Goteo to fund a legal case against the ex-director of one the crisis ridden banks in Spain has tested the limits of the platform - normally they have between 8,000 and 10,00 visits a day and with this campaign they had double that amount in the first hour, collapsing the server. So many people are fed up of the situation where banks always get public money whatever they do while there is no money for R+D, health, education etc. that they responded, he says. They had to change the server in the middle of the campaign and the idea was to get €15000 in six days, and they got it in 24 hours and if there hadn’t of been the server problem, they would probably have got it in 3 hours. It also created the schizophrenic situation of using a bank payment platform to go against the banks. It’s a very interesting sociological case to investigate Olivier feels, being, he thinks, the first political/social campaign done through crowdfunding, and therefore a very interesting citizen evolution in his opinion.

I saw the media articles on crowdfunding to sue that bank director, but didn’t really pay attention that goteo and platoniq were behind that one… wow, congrats! I’d be really curious about what this tells us about political consciousness, and about crowdfunding as means to raise awareness and increase political information. Do you happen to have links or details about how people got to donate money and what kind of people?  Was it just the people at 15M or non-activists as well?

Very grateful to Olivier for sharing his story!