Materials and thoughts on the first public meeting (21 April 2022) 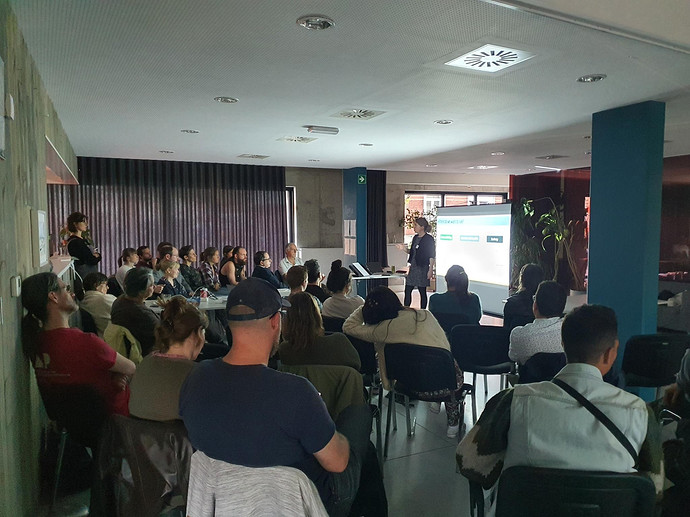 Yesterday we had our long-awaited first public meeting. I am starting this thread to share some information, and for all @reeflings to share our reflections.

As for information sharing, the most important document is the slide deck that accompanied @Lee’s presentation.

A few numbers: we had, in the end, 36 registrations (more or less, one registration is equivalent to one potential household), for 49 people in total. Three registrations happened on the same day! Most people learned about the presentation through word-of mouth. 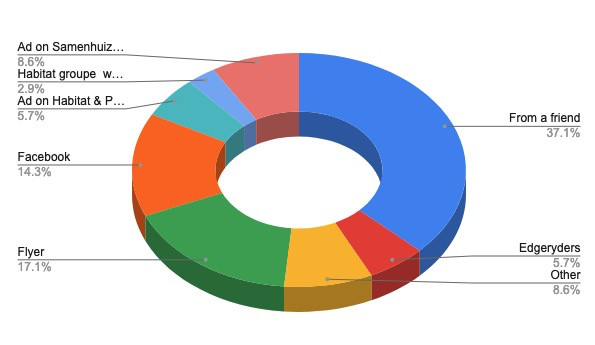 Turnout was about 60%, depending on how you count: Manuel counted 29 people (apart from us), representing 22 registrations. I was personally warned by two people who had registered, but had a last minute glitch and could not make it.

I personally enjoyed the event very much. The presentation was super clear and competent, despite the objective complexity of the matter. Lie delivered it super well! I think people enjoyed it too, based on the many questions we were asked. Mark, our coach, also played his role very well: he came across as the experienced pair of hands on the project, that will prevent us from doing anything foolish. Finally, I really liked the room. The fact that we were in a couhousing made it more real.

People in attendance were some singles and some couples, ranging in age from… I am bad at attributing age, maybe late 20s to mid 40s, with some outliers? I had the impression most were native Belgians, with some expats in the mix.

The people I spoke to after the Q&A session seemed all very cool people, and would make good reeflings. It is my impression, and hope, that several of them will decide to take the next step, which is the “get to know each other workshop” of June 12th.

What does everyone think?

thank you for the nice summary. I agree with all you said, people i talked to after the meeting were kind, well informed about cohousing and interested to join a cohousing project.
many of the questions after the presentation were around the difficulty to find the place that matches our desires. this is for me one of the biggest obstacle ahead. tap into the intelligence of the group to spot a nice place in the city.

congrats to the team for the good job🎉

I am not surprised with the turnout people subscribed / attendees. 50% fits the standards according to my experience organizing free events. it’s different when you make people pay in advance

Thanks @alberto for the summary and @manuelpueyo for the picture!

(which wasn’t the case to be clear). It will be a nice memory!

I am not surprised with the turnout people subscribed / attendees.

Note: I corrected a mistake, we had 29 people from 22 registrations show up, not 22 people.

Adding some numbers that are easier to remember for my mathematically unfit brain: 29 people showed up, based on 22 registrations. The total number of registrations was 38 (without taking into account last minute cancellations) good for 49 people.