I’m Narindra Michel RAKOTOARISOA, I was born near of tropical forest in east of Madagascar, near by raining forest. I have an chronic asthma since when I was 2 due to a medical poisoning. My parents were there to make me extract some of it out of throat. Few days since those moments, when weather will have changing, I’m cough early 12 hours before its changing, a kind of meteorological detector

More than that, there were 9 people leaving in a small house of 10m2. Majority of Malagasy people we use charcoal as combustion for cooking like us. So it was more and less enough ventilated for all of us. During my childhood I was suffering of heavy breathing and lungs whistling, the fact that I lived next to a forest having fresh air and help me to overcome this asthma until my adult life. I didn’t know too much people who suffer with the same illness like mine until now…

More than the half of the forest in my country has been cutted for combustion, furnitures, slash and burn,… Following population growth from 15 million to 20 during the last 30 years. Public health and sanitation are trying as they can and have to keep us healthy; with this growing population; open fire and carbonic gas are growing following this, carbonic gas from factories and cars… Nowadays, 80% of kids under 5 years seem asthmatic. I know that when I was asking the pediatrician in a pediatric hospital, where I brought my 3 years old nephew for lungs exam. For information, only few people who have enough money can afford treatment like aerosol “inhale”, medicines,…

Rich and powerful people control the destiny and future of my country.

Following this the Malagasy government has decided to stop using plastic bags last December without alternative until now. This is a good idea but the bad effect is some of our “ravinala” considered queen and symbolic tree of Madagascar is taking place of the plastic bags ; I heard a rumor that some people on our government brought back "biodegradable " plastic bag made with cassava, It’s a kind of bag thick than one before. Without label or information about the factory whose made it, probably from one powerful people on the government.

Other than that, without mentioning the massive destruction of large area of primary forest caused by a multinational firm mine project since 2003.

Actually it’s our future generations lives is on the line metaphorically and literally. Nature and man can’t be separated.

As my thoughts, training for peasants for new method of rice planting unsteady of slash and burn. Biogas can replace the charcoal and wood used as  combustion of 80% of Malagasy people.  Education for all and ordinance and penalties can be applied for any means of illegal way.  It’s just a small sand into the gears to overcome or slow down this fast truck.

Sorry for some indecent pictures. 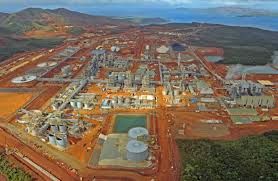 Can asthma treatment be open?

Hello @Michel , thanks for this great story (and thanks for taking the time of writing in English, unfortunately most people in Edgeryders do not speak or read Malagasy). Wow, I had no idea asthma was that common in your part of the world.

I am wondering if asthma treatment would lend itself to cheap, open source, DIY treatment.

This sounds like something communities could try to crack. Does this make sense, @markomanka and @Costantino ? Would this be a possible area to work in?

Hey @Alberto! Actually Malagasy government on something else. Since ever,the health department is on a vitamin A and mosquito net campaign,  vaccination against poliomelite “weaknesses of ligaments” every year. And there is no update since 2006, The Malagasy Institute of statistics on deep water. Just for record, a doctor is caring a thousand people so 1/1000 people, we are estimated about 20 000 000 habitant.

Here is a picture of a doctor make you know how it’s look like on administration building for public health. 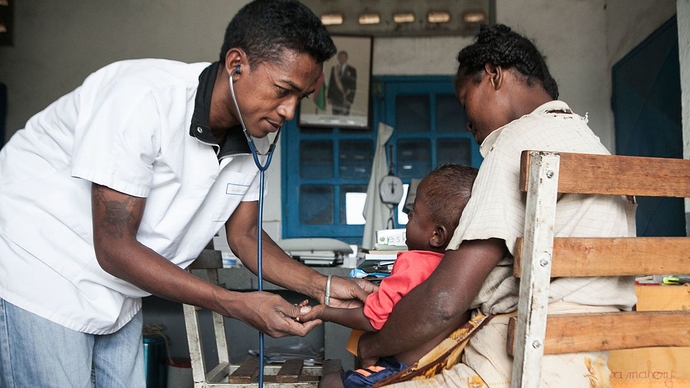 It’s happening they pay from there own money to get gloves.

…hi @Michel, glad to see you managed to post! I think what @Alberto is asking is if communities, or if people like you can take care of this faster or in a different way than doctors - because, like you say, this problem is out of their hand and it’s not a priority for the system.

Have you already started with your solution of education for all? Can we help? By the way, another edgeryder here @Tiago also thinks that we need to make alternative information available for many more people. His work with solar kiosks (also in Madagascar!) is here if you don’t know each other already.

Also, Jean Paul @jdossou80@yahoo.com is running an information spreading group to learn how to prevent heart disease in Benin - they are using facebook for this. I found it inspiring…

Many things are possible with some people.

Hi @Noemi, nice to hear from you again. I already meet up @Tiago here in Madagascar,  I’m sure he knows enough how things going here.

I didn’t start yet with education for all because I don’t have enough tools and I need to develop something that reattached on it, like who are the target as adults ,youth and childrens who are related to different services such as solar canteen, class room, school supplies, personnel and budget for this.

About @Alberto questions, I don’t know if there is any community for that. I can start with some people who are interested and make one.

Hang in there, @Michel . Hopefully some of our more skilled community members can get in touch with you.

nice to meet you and check this out

While I’m looking for other possible solutions and experiences in the “maker” realm, please take a look at this project:

Arnav studied the causes and effects of asthma and came up with the AsthmaPi which uses a Raspberry Pi, a Sense Hat, an MQ-135 Gas Sensor, a Sharp Optical Dust Sensor and an Arduino Uno. It is programmed in Python and C++ and triggers email and SMS text message alerts to take medication and remind patients to go for review visits. There is also an accompanying booklet which describes the condition and how to treat it. The sensors on the SenseHAT are used to measure temperature and humidity and the MQ gas sensor detects smoke, nitrogen compounds and host of other airborne triggers. @Michel What do you think?

It’s looking great, this kid is a genius. Thank you for sharing this. It’s really a huge step assistance for asthmatic people. I think that sms message will be the most popular reminder…

While I’m just  worried and curious about the way to store it safely maybe in a box ?! Some of those sensors don’t need to be covered isn’t it ?

If any part of the peace is broken or need any maintenance like “over heating”, is not easy to fix and to find a new one here in Madagascar.

All components are standard and cheap

What I don’t understand is this: are we looking at a personal device, maybe wearable, or at one that can be shared? Is it one kit per person or one kit per village, sending SMS alerts to several people? I’m betting one per village – CO2 levels are probably farily similar across the same village. Dust can be more of a localized problem. What do you think, @Costantino ?

@Michel  : I think the sensors are shown with no shield in the video because Amiv wants to show how the kit works. This is a prototype, not engineered for mass production.

In general, with this kind of project all components are cheap. If it is one kit per village, the easiest would be to buy three of everything, and simply replace a component as it breaks down.

Hi Michel, nice to read you. Regarding your question about the security aspects of AsthmaPI, maybe @Eireann_Leverett has come across it or an share some thoughts around how to approach security in this context?  You can read about his work here.

We build a free/libre and open source solution for asthma!

Thanks for sharing @Michel and @Costantino!

To follow @Alberto and @Noemi, I’d like to invite you to discover our initiative, which builds a common on respiratory health including free/libre and open-source games and flowmeter. Also on Edgeryders.