Negotiating the Missions and Means for a good life

I’ve been poor. Very very poor. The kind of poor where you’ve just spent your last krown (Im swedish) on a kilogram of pasta two weeks before the end of the month and don’t know how to pay the rent. Somehow I did manage to be creative during those periods but I remember an omnipresent sense of fear about the future. Not fear of not being able to feed myself, because I could always ask my parents for help in the worst case scenario, but of being too low on the social ladder to have an exciting fun life with exciting sparkly people around me in exciting sparkly fun environments. And fear of lynch mobs.

My heart sank when the results of the national elections came in. I had always been warned that minorities, people who look different are always scapegoats as soon as the majority feels their livelihoods are at stake. But I saw first one fundamentally wealthy nation attack it’s minorities (Denmark) and then another one go down the ugly road of divisiveness(Sweden) within my lifetime. A friend’s grandparents, holocaust survivors, to this day always have a packed emergency suitcase in their hallway. And in my middle school many of my classmates were kids of Polish and Russian academics who had fled their respective countries to make a new life in Sweden. I can completely understand the drive and in fact I find myself always taking into account the possible need to leave very quickly, to escape. I think even my professional choices have been coloured by this in choosing to be in a new space (Tech) where the roles are not really all that cemented yet and the underlying values are ones of sharing and meritocracy.

At some level my brain is wired to equare money with security, and more money means more personal security- gated communities etc. And I yet never seem to be interested enough to stick to a path that leads to more of it. Actually my story is a string of failed attempts at mad and completely unrealistic projects that dont pay. First I decided I wanted to build an Online distribution platform for short films and interactive content, it was to be called the Digital Arts Mirror or DAM. I tried to build it by writing plan after plan and pitching them to different parts of the public and private sector. What’s wierd is that people actually humored me and were’nt too condescending so I just kept going, running around between different film festivals, bullshitting my way into meetins etc. At some point I had managed to get together a group of 10 people, and we would have lots of meeting that never lead to anything until eventually it fizzled out. The reason being plain and simple that I didn’t have the production or programming skills to just go ahead and make it happen without needing to raise capital, to pay someone to do it for me. And it was too all over the place for anyone to want to invest their time into it. I was in Engineering school at the time, doing the bare minimum to scrape by with most of the courses. Then a friend started doing her master’s (she’s a bit older than me) on sexual fetisches and that lead to alot of interesting conversations about the brain. I mentioned this to a guy I was dating at the time and he handed me, the minds eye, a book by Daniel Dennet. I talked my way into the neurobiology and cognitive neuropsychology courses at the Medical university and I think it was the first time I really put any serious effort into studiying. I was completely obsessed.

Obviously alot of stuff was going on, I was living with a very self-destructive friend who I had to to cut off after they threw snakes down my mailbox (yes, they did). And the final rush of the University program was up ahead with classmates finishing their degrees and heading off for stellar careers with me feeling very sorry for myself and very aware of the lack of any sellable practical skills after the DAM fiasco. So I did just that, felt sorry for myself and threw a full on tantrum in a computer lab at Uni. That set of a cascade of events I can’t really get into here but it ended up with me landing my first grown-up paid gig post college. Not a job, but a paid gig devising and implementing my own great project in a very hierarchical organisation with lots of strange rules designed to keep wildcards like myself out. And it was a position that wasn’t there for me to fill, I didn’t go looking for it. I think I was lucky to some extent. Just having the right mix of non-mainstream experiences and skills, a flamboyant personality and being at the right place at the right time. But the place was what is considered an elite university. And a large chunk of the reason I could afford to be there and also fail at all kinds of experiments is because of the conditions we have in Sweden: university is free of charge for citizens and you are entitles to take a loan and grant from the state to Study if you are accepted into any university course or program. Im eternally grateful that it exists and hope it never ever goes away so others can have the same space. 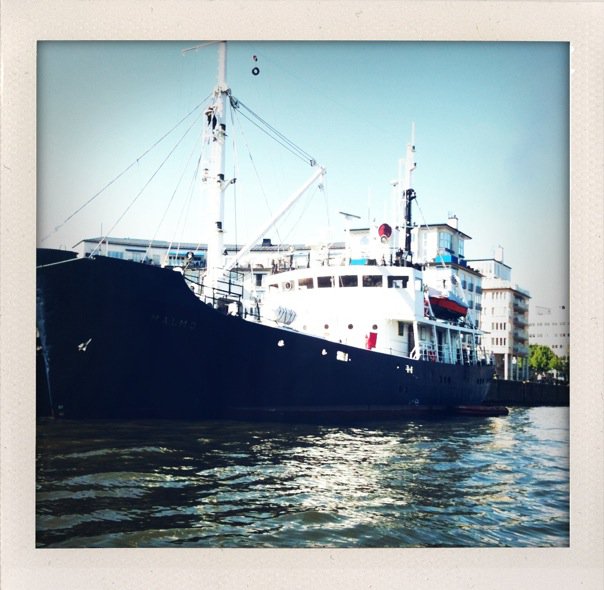 Back to money. The experience living on an ice-breaker with 12 lovely, warm people changed something for me- being in a nurturing environment where most never had any money taught me a few things about myself and about what makes me happy. It also taught me that you need to invest either money, or alot of time into creating a good social environment for yourself. You have to be engaged and excite others about it in either case, but you need time and or money. And if you’re working a dayjob, the time part goes out the window…and so does money because let’s face it, unless you’re an investment banker you’re never really going to make enough money to do what I want to do. So my way is to try to put alot of time and engagement into creating events that people I want to be surrounded by and learn from, will get excited enough to attend and that everyone else values enough to fund.

And finally the lynch mob. I’m still terrified of it. Even more so after learning more about the way the brain and the world are wired. But I’ve decided to try to do something about it. It’s really a nuisance because I am no do-gooder- and I’m still trying to figure out how to build a life where I have access to the people and things that make me feel good (great food, nice clothes, big home with big windows and high cieling etc). My brain is wired to equate money with security but my mind, aided along by my husbands optimism, has done the thinking and come to the conclusions that my access to all of those things I care about is determined by changes that happen on a global scale. And my mind also knows that unless I get in the game and try to affect change so that life doesn’t completely suck for those of us who are in the proverbial middle class, there’s a node missing in the needed network. And my heart knows that someone somewhere on the other side of the plane, maybe a cousin of someone I went to school with in one of the 10 countries I grew up in, is paying for me to live this life. And it tells me that our fates are connected that cousin and I. It tells me that in the big picture it’s way better if we’re both ok- if that means I have a little less of the great food that’s fine.