A brief scattering of notes from the main portion of Digidem’s workshop on their digital democracy platform, held at SWAP: So What About Politics today in Brussels (worth checking out the line-up - strong curation of the network)… 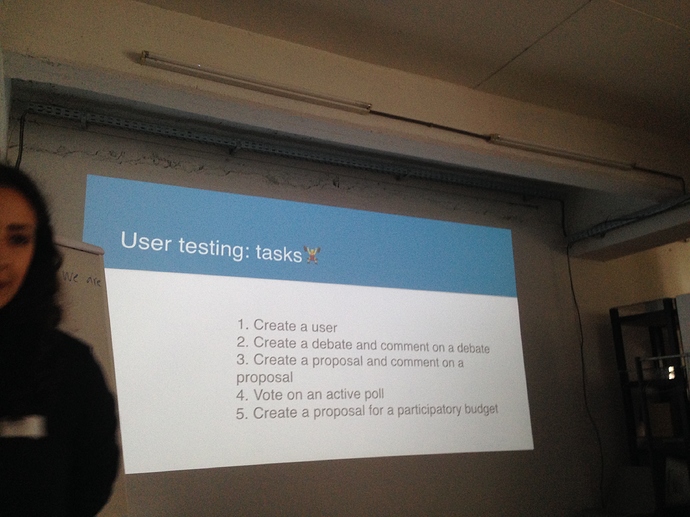 I’d be curious to hear if anyone here has had direct experience with Consul but particularly what your thoughts are on the power these kinds of digital democracy platforms have? Are they effective in bridging the divide between decision makers and citizens? What about accessibility? Could incorporating functionality for self-organized responses to community and infrastructure issues be beneficial or trying to do much / inappropriate/ confusing?

I think the neightborhood level might be the best place to test this sort of thing because many of the people already know each other or the degree of separation is small. The trust level might be better overall plus the scale is smaller so the issues like security might not become too large to sort out. At the city level you need a lot of verification to insure that you have trustable information. Some clever people with a strong stake in a given outcome could game t he system and skew the results. Game it by creating fake accounts, hacking into polling, making unreasonable arguments on the opposite side of a debate…things like that.

Yeah absolutely. In fact I’m surprised the option of fake accounts didn’t come up in any of the conversations I’ve been in around digital democracy to date. I appreciate the approach of coupling it with existing trust networks and social infrastructure and think this opens up great opportunity around the edge between online and real-life community collaboration that we’re exploring. Thanks for the thoughts - will inform the UNDEF application on civil society and citizen science/ policy advocacy if we go ahead with it.

Related to it are reviews of businesses where people create accounts to trash competitors. This becomes less of a problem the bigger the sample size, which is the basis for sites like Yelp, but even then their business model can get in the way such as the current controversy with Travelocity where they depend on money from hotels and restaurants and have been found to scrub out negative reviews (and hiding the fact from the public). The point is, just because you can make some great networked software that seems like it will solve age-old issues with fair democracy and civic participation, doesn’t mean it actually will.