From asocial to social learning in the European social innovation Scene

Octopuses are amazingly creative creatures. They have been observed to invent a broad variety of defense mechanisms in some of the most extreme oceanic conditions possible. Yet despite their intelligence and strength, only one out of ten thousand actually survives until adulthood. Why is that? In short: because they are asocial learners. They do not live in communities and they have no notion of family. They learn on the spot, never sharing their findings with their peers and taking their lessons to their graves. In fact, it has been argued that they do not learn at all. They try to survive in whichever way circumstances allow, but they try so many tricks that they have no way of distinguishing which tricks help them survive, and which tricks make them more attractive to predators (Adam and Burbeck, 2012).

Unlike octopuses, humans are social learners. We have evolved to instantly share our learning with our communities, and to pass our knowledge on to our offspring. This has allowed us to gather amounts and a quality of knowledge that would have been impossible to obtain by one single human, or even by one single community. Our social learning has lead us, and continues to lead us, into developing very big interconnecting ideas such as philosophy and religion (Adam and Burbeck, 2012). Yet we are not flawless. Many of us thrive on a deep notion that success is better than failure, and are therefore more prone to share our successes than our failures. This phenomenon of withholding learning information, what we here call the Octopus Syndrome, is disruptive to our social learning curve.

The R&D Antiheroes will lie out on the following pages is one to break the Octopus Syndrome in the European social innovation scene. We want to create a digital public space that is tolerant to failure and where social innovators are encouraged to learn from one another in a more nuanced way.

Our concrete proposal is to research past meaningful experiences of failure in topics related to the 50 reshaping-public-space ideas present in the ECF idea camp. We returned from the Idea Camp feeling very inspired, and want our research to be of direct value for the project development of the other participants. Edgeryders, a cutting-edge community of hackers, activists, designers and assorted trailblazers, is called on board to back our investigation.

The benefits of our research would be manifolds: Idea makers and public space innovators fellows would ultimately have access to unexplored failure stories and criticalities emerging in the social innovation community; Antiheroes, on the other hand, would gather crucial knowledge to further develop tools and services to teach social innovators how to fail in an intelligent and confident way; finally, society would enjoy a more nuanced distinction between failure and success and  find a legitimate space where to learn from each other’s mistakes.

Following a presentation of the partners involved, a review of the research methodology, milestones and expected outputs and outcomes will be described. Budget details are to be attached in an excel file coming along with the research proposal.

Edgeryders grows out of a joint Council of Europe/European Commission 2012 project to bridge policy makers with people living farther away from the mainstream institutions and at the forefront of social change and adaptation. As a global community of social innovators, hackers, civic hackers and activists, Edgeryders are often directly or indirectly linked to the production of new cultures of living and working, are less shielded from systemic change (mass unemployment, ecological crises, etc.), and therefore harder pressed to respond and adapt to it.  Nurtured in the 21st century blooming  hacker culture with its emphasis on DIY, knowledge sharing and technological progress, Edgeryders today’s > 2,000 members strive to be part of a movement for change bigger than their individual efforts alone and are eager to achieve it in their own terms without being dependent on external forces. Networks, both real and virtual, constitute the key resource of Edgeryders: this is the way open source hackers, crypto people, open data geeks, squatters and fellow out-of-the-box practitioners get to engage in honest and meaningful conversations on topics  they care about and collective intelligence outplays single contributions. How does Edgeryders succeed in catching these mythical changemakers’ diverse voices? Edgeryders gatekeepers are its own members: the community online platform is the meetingplace to kickstart a new conversation, once a group/wiki/discussion is created the most interesting bits are shared on mainstream social media like Facebook and Twitter attracting new people to the platform. Edgy credible people and their networks plus specific critical content are the main conductors helping Edgeryders reach its critical mass. Antiheroes can learn a lot from this community: Edgeryders’ stress on nowcasting and social change actors make it a do-thank well suited for our research objectives.

Antiheroes will uncover hidden knowledge on public space innovation pitfalls through qualitative approaches. Online ethnographic, or “netnographic”, research  was selected as a suitable methodology for manifold reasons: especially relevant in studies where the importance of inclusive participation (Borg et al. 2012) of hard-to-reach and hard-to-engage populations (Beneito-Montagut 2011; Hookway 2008; Jones 1999), ethnography is a method of data generation sensitive to the social context, reflecting the complexity, details and context of the data. Social innovators recurrent mistakes aren’t easily observable: just like young-adults citizens not usually engaging in policy processes and grassroots social innovators in Georgia, Armenia and Egypt, social innovators dealing with failure tend to be a global community connected across the planet by personal ties. Hence, a respondent-driven sampling approach (Heckarthorn 1997, Borg 2012) will drive us to our critique mass thanks to the participants’ online connections. Alberto Cottica, Edgeryders Head of Research, eloquently explains the power of online networks as following:

Social networks have a mathematical property called small world: you can get from any node in the network to any other node in a small number of hops. You want to know something about  the tactical urbanism movement in Egypt? Chances are you are at 4 hops or less from the crowd. That is you have a cousin that studied with someone that was at a conference with one of the tactical urbanists.  (Cottica 2014, p.9)

Self-selection and peer-to-peer review will be the underlying principles triggering our data validation: online conversations among peers on Edgeryders platform will be the textual material upon which we will found our analysis and findings.

Research will be conducted on the Edgeryders project-related online discussions following the step-by-step approach from Karin Liebhart (University of Vienna and Central European University) lectures: preliminary coding - developing codes - identifying all data relative to codes  - figuring out relations between these codes by building categories - describing content of categories with references back to the text and original quotations.

Coding will be conducted through OpenEthnographer, a free ethnographic software developed by Edgeryders to promote an open and collaborative process in ethnographic research.

The research is spread over 52 weeks and divided into three main work packages (WPs): WP1 seed, WP2 grow, WP3 harvest. Every WP is composed by a series of activities, whose description (deliverables, timeline, resources, expected outcomes, budget and risks) will be assessed in the next paragraphs.

Seeding the right research questions and related content is a primary step to kickstart meaningful online conversations (Hine 2000). Researcher’s inputs and participation in the online discussions will be critical during WP2 : having taken a grounded approach in which the direction of analysis is led by the content of data (Glaser and Strauss 1967, Charmaz 2006), the researcher must be moderating an unrestricted flow of comments minimizing the extent to which he/she influences the participants’ views while disclosing his/her assumptions. Categories need to emerge rather than be imposed a priori.

Firstly, in weeks 1-2 the coordinator will prepare and assign to all the research team roles, clear assignments, deadlines and guiding lines resulting in an activity plan that will be published in Antiheroes project section on Edgeryders platform. Seeding will only start in weeks 3-6: the coordinator and an ethnographer will be analyzing the Idea Camp booklet and Idea Camp Lab conversations and identify common areas of interest through coding and categorizing techniques (Saldaña 2009). Content emerging from this preliminary research findings will be used as heuristic devices in the Grow phase to foster a conversation on Idea-Camp-content-related past failures. Visuals and texts designed by a communication manager informed by the “Idea Camp areas of interest” are going to be produced (weeks 7-10) and displayed in “Overcoming the Octopus Syndrome” project page on Edgeryders platform to be launched on week 13.  Finally, two weeks preceding the launch of the Grow phase, a communication campaign is going to be defined and planned by the communication manager a: a section of Antiheroes website will be dedicated to the topic, social media presence will be established together with an engagement strategy. Risks

During 18 weeks >2000 Edgeryders members, ECF + 7 hubs, Idea Camp makers and feeders plus their networks will be invited to engage in a conversation on their most common pitfalls and drawbacks in re-shaping public space in Europe. Posts will be feeded by the communication manager and the engagement manager according to the seed phase findings nurturing “public space changemakers” interest and engagement. Key contributors posts will also be shared on social networks such as Twitter and Facebook through Edgeryders and Antiheroes accounts. The stories/posts attracting most attention will be curated on Antiheroes website section dedicated to the project: some of the protagonists will be interviewed and highlighted to attract more contributors and diverse voices. Risk:

Week 51 will be the deadline for contributors to participate in “Overcoming the Octopus Syndrome” social experiment. Ethnographic research will be conducted on-site in the Edgeryders platform on all the posts/wikis/comments appearing on the Edgeryders platform since the launch of the project (week 13). Two selected ethnographers will carry on first cycle and second cycle coding during the first 10 weeks: a preliminary report is to be published in week 45 on the Edgeryders platform section dedicated to the project. Instructed by some first-hand community feedback, categories will be built during week 46-51: at the same time a dissemination strategy of the research results and a communication campaign will be discussed and put into action by the communication manager and coordinator. As soon as the report will take its final shape a dedicated event is to be organised in Brussels: FuckUp Night Brussels, a monthly event series where entrepreneurs talk about their biggest professional or business failure, will be dedicated to 3 or 4 stories of failure emerging in the online discussions.

Cottica A., 2014, Online conversation as foresight, retrieved on 14/11/2014 from <http://www.slideshare.net/haiku66/online-conversation-as-foresight>

Adams, S.S. & Burbeck, S.   Beyond the Octopus: Towards a human like mind.   A Chapter in Theoretical Foundations of Artificial General Intelligence (by Pei Wang and Ben Goertzel) Atlantis Press, Paris, 2012.

Even tough this is probably not the best place for it - but I did not want to lose it again so quickly: 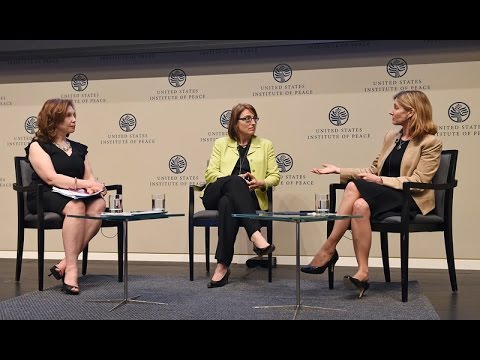 In case it did not get the time right here is the link: https://youtu.be/VpMifZolH7U?t=17361

The vid has a couple more nice bits for people here and there, but I recommend just running it in the background most of the time.