The curators team is working on a preliminary agenda for the festival and will publish it these days… It draws on the work which has been done so far and contributions of many edgeryders <3
Heads up:
First day will involve framing and a game based experiment (collaboration with @matteo_uguzzoni).
Second Day will involve two parallel sessions running morning/afternoon, more content driven.
Third day will involve a gathering which will also see something of an announcement for OpenVillage and a roadmap ahead!

One norm we are all in agreement: the line between participant and presenter will be very blurred, and all who are leading sessions will be nudged into not feeling like presenters

Another one is that the breakdown into themes is useful to prepare the festival, but not sure if it’s worth splitting the program into Tracks - so one could follow one track during the event. It’s impossible to separate the 3.
How do they come together? More natural reflection.

The social and evening activities remain to be organised in collaboration with Brussels based people, so they are not included in this early version. We expect more local mobilization in september and october, including around the venue - we are still looking for a part time festival producer, help spread the word??

We are collecting still experiences of alternative event formats; things that we can pick up. Both when it felt good and when it didn’t, during an event. Different settings where participants can engage - booths/ immersive experiences, prompts, visual corners.

@ Edgeryders community and newcomers: is there some (art)work about community care which you would like to exhibit? 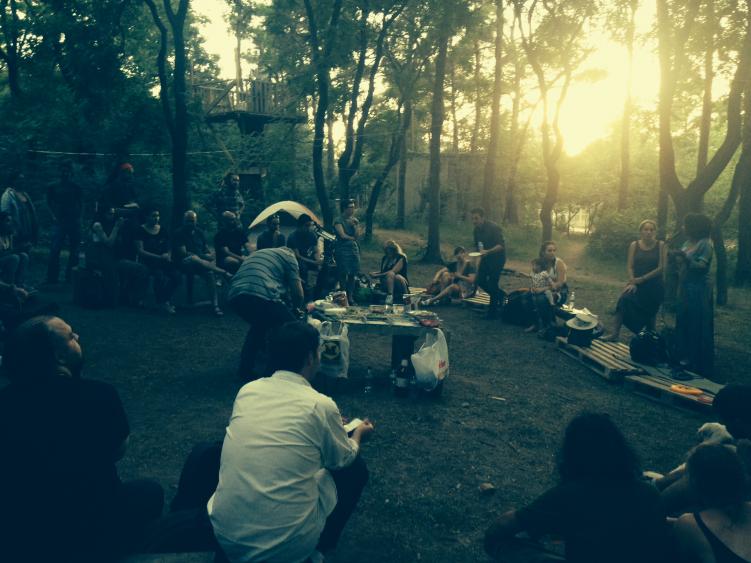