Opening session of coworking event: How did we get to here and what’s the next step?

In the first session of Edgeryders’ co-working event, the conversation opened with a discussion on how changes in technology and society have led to distributed work and how Covid-19 has further propelled that. The concept of distributed economic development was introduced.

Various players within the co-working sector spoke about how people are afraid to return to co-working spaces because of the virus and some suggested access technologies are a barrier for many attracting back workers. Examples were given of how to generate revenue streams during tight restrictions.

What has changed to bring about distributed work?

“ Smartphones went from being a new, crazy thing to being everywhere… So much people are using free video on smartphones, so there’s enough usage of internet on smartphones now that it’s the predominant traffic for the internet.”

2. For the first time in history we have five generations working at the same time.

“The other interesting factor is a bunch of people have not retired because their savings got wiped out during the last financial crisis, so they’re staying in the workforce longer.”

“These were all happening at the same time. Then Covid appeared on the scene and has been an accelerator of a bunch of these things.

Because of COVID, many companies that are actually thinking through how they run their operation are already deciding that offices were not working for them and they’re not going back.”

4. Commuting’s impact on the environment

“People who can’t afford to live that close to the office ended up spending more and more time commuting to and from work. And you end up having this phenomenon of commuter towns or bedroom communities built for people who sleep there.”

“According to the California Air Resource Board people driving personal cars mostly to and from work, is 28% of all emissions from California it’s 28%.

“Everything else in the state of California trucks, planes, agriculture, electricity stations each of these things are all under 10%. The only thing over 20% at 28% is people driving cars to and from work.”

“It’s no surprise that a YouGov survey in England just last week found that only 6% of people wanted life to be back the same as it was before COVID. 6%. 94% were not happy with the way it was before. Now, what to do about it?”

“So, a traditional economic development is when a jurisdiction will give money to a large employer and the larger employer moves to your town. The company will pay taxes, so eventually the jurisdiction gets your money back.”

“That used to work and that was why people did traditional economic development for so long. But the social changes I talked about at the beginning changed all that. No more job for life means employers, when they move to a location, only want to move to a location where there are pre-trained and unemployed candidates waiting to be hired.

“If there’s not enough, then they’ll find ways to bring people who have the right skills. That sudden influx of people can cause gentrification and displacement of the existing humans who live there.”

“I want to introduce an idea called distributed economic development. This is the heart of a law I helped write for the state of …This remote worker law has four essential parts.

What challenges are those in the coworking space faced with now and how are people navigating it?

“In terms of accessibility, I have coworkers who are extremely vulnerable right now and they are not prepared. They need to work. There are things they need to do for their business, and they are not prepared, as you say, to get on public transportation and start wandering about. So what we have is other coworkers who support them in that, right? My community manager does essentially, in increments of 10 minutes, simple things like taking packages to the post office. This is life threatening for some people.”

“I think that coworking really, in general, in Europe, the problems are, in many ways, with accessibility, much more complex than they are in the States, because the buildings are older.

How to make money when restrictions are forcing your coworking space to stay closed?

“I got a package delivered here today in… because it’s not possible in our temporary apartment here. That simple thing is another reason why I pay my membership at the moment. So those fundamentals also can be important.”

What are others doing?

“About six weeks ago, we thought we would try something completely different in terms of our…space, where we were charging anywhere between 300, and 375 for a desk. So we put it out to our fairly extensive mailing list that we would do a post-COVID thing at 65 euros a month. We don’t make money on 65 euros a month obviously, but it wasn’t about making money. It was really just about getting the space full again. Well, actually I say full again, we can’t be full again because of the social distancing. But we were able to get half of the desks filled and maintain two meter social distancing.”


Child care
“Have you seen the radical childcare project from the artist formerly known as Impact Hub in Birmingham? And also if you look up Shazia from Third Door in London, they’re really the people connected to us, who talk about the childcare thing, because it’s exploded, like you said.”


Opening city living co working spaces and advertising using outside boards
“(There’s) a space called… Good Space, which is opening in Queens parking in London. And so he came to the call today and he’s (the owner) a big fan of the 15 minute city and stuff like this. We’re like, “Oh Dave, how’s it going, mate?” And he’s like, “Oh, well I’ve had 37 members join in the last week, last four weeks.

“And he only opened like four weeks ago and everyone was like, “So what did you do? What did you do?” And he’s like, “I just put…” basically he put an A board outside his thing and he’s on a busy place. And then he went round and spoke to a lot of people in the neighborhood.

“And one of the key things is the A board, which is a very traditional thing. So he didn’t have some wacky Facebook giveaway. He just put an A board outside. He is connected, he makes an effort to talk to people in the neighborhood. And also, there was one other thing he did, which was really, really simple and it’s gone, but it will come back.”

If you have any thoughts on ways coworking spaces can make revenues stream during this difficult period or any examples of innovative projects in this space you have come across - please comment below and add to the conversation!

Share your comments
The point about 5 generations working simultaniously is very interesting. Inner cities have often become places where only people form 20 to 50 live. Young and old people are absent and vice-versa, the generation between 20 and 50 is absent in rural areas. Maybe we can coexist more again. My impression is that most co-working places are also still 1-2 generation only, but maybe that can change with the inclusion of childcare and such as discussed in this session as well.

Does anyone know of actively “generational-inclusive” coworking places? 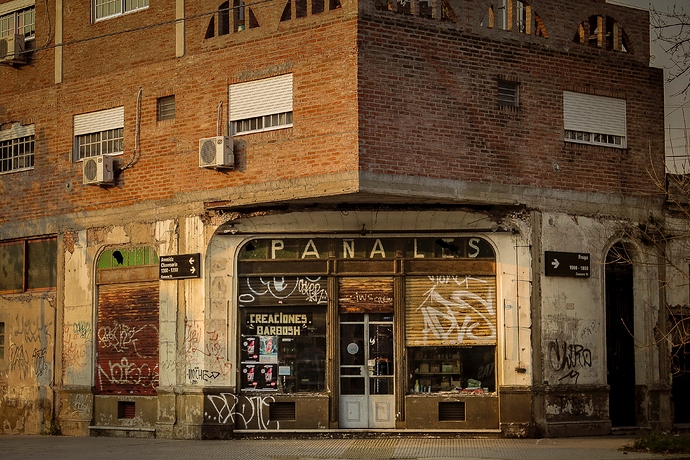 hi @MariaEuler is there a tell.edgeryders.eu form for this post?

Opening session of coworking event: How did we get to here and what’s the next step?
CONNECTS TO THIS: https://tell.edgeryders.eu/14316