August 18 2022 6 PM CET
Together with the team from Neol, @Nica and I organised a participatory workshop where we introduced Edgeryders ethnography practices and the Treasure project.

The idea was to engage the participants into imagining a future where today’s concept of mobility has evolved into circularity. The participants had to discuss the actual situation of the mobility and the private use of the vehicles and draw the steps that would have been necessary to get to a society where the mobility relied only on circular economy practices. 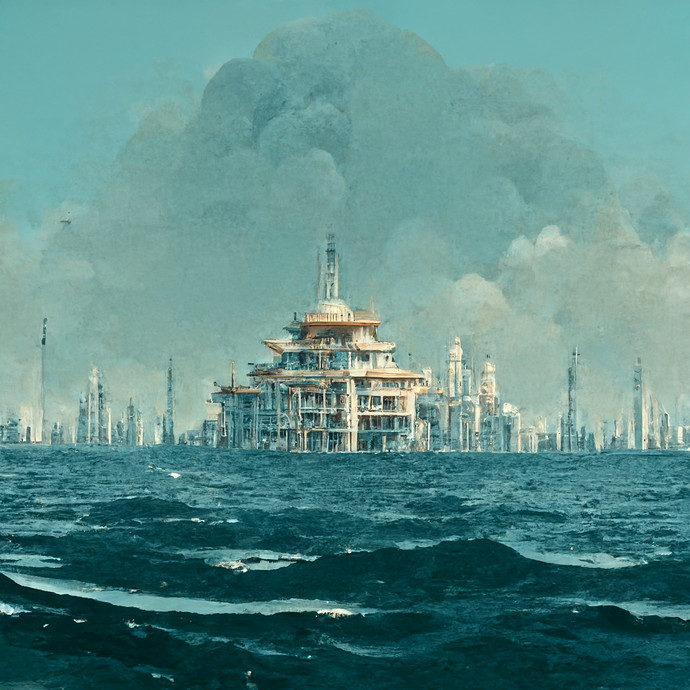 Imagine a world where the mobility has evolved into a circular economy.

Think of the ways the cars are produced, used and disposed today.

Imagine a future where today’s concept of mobility has evolved into circularity.

Think of the steps that were necessary to get there

The exercise yielded interesting discursive strands and framings. Some participants approached the task through more of a macro lens, while others took a more micro approach.

The “macro” group engaged with the task of envisioning the transition to a circular mobility society by situating it in a broader socio-political context, and concluded that other structural changes were needed as predicates to such a transition. They proposed that circular mobility cannot really exist outside of a system that has adopted circular economy as a whole, where circular mobility is just one aspect. In turn, they envisioned political freedom as a predicate to that (the interlocutors were Turkish and commenting on the political order in Turkey at the moment, headed by Tayyip Erdoğan, which they identified as “fascist”), and the mobilization of a democratic, decentralized education in the service of shifting the socio-economic norms towards circularity (both economic and more specifically pertaining to mobility).

On participant said: “In the future – about the car sectors, I think we are going to use the cars less and less – there will be more use of the public transport” suggesting that at the moment the car sector is so strongly mentally linked for some people with the private sector that even in an imagination exercise, it was difficult to decouple the two.

Another participant specifically identified their thoughts as being informed by an ecocritical perspective.“Emerging in the 1980s on the shoulders of the environmental movement begun in the 1960s with the publication of Rachel Carson’s Silent Spring, ecocriticism has been and continues to be an “earth-centered approach” (Glotfelty xviii) the complex intersections between environment and culture, believing that “human culture is connected to the physical world, affecting it and affected by it” (Glotfelty xix). Ecocriticism is interdisciplinary, calling for collaboration between natural scientists, writers, literary critics, anthropologists, historians, and more. Ecocriticism asks us to examine ourselves and the world around us, critiquing the way that we represent, interact with, and construct the environment, both “natural” and manmade. At the heart of ecocriticism, many maintain, is “a commitment to environmentality from whatever critical vantage point” (Buell 11).” In this specific example, ecocritical thinking refocused the conversational thread on rights to water (and possibly rights of water?) and advocated clean water as the condition guiding and limiting technological and mobility sectors.

This thread of conversation also noted the need for a new approach to urban planning, and emphasized how in a sense we as societies are stuck with very outdated models of urban planning in many places. The central point of the urban planning critique and how it connected to circular mobility was the notion that “in the city people become more detached from nature” (which mirrors an oft-discussed issue in social science literature, starting with Karl Marx’s notion of stoffwechsel and the theory of “the metabolic rift” later developed by Marxist sociologists like John Foster Bellamy. There was a suggestion that because nature works in cycles, closer re-connection with nature in the city (e.g. through establishment of urban farms) would help shift culture towards cycles and circularity in general. This suggestion/insight is very much in line with the approach of biomimicry – an interdisciplinary theory and practice of design in the broad sense that draws inspiration for problem-solving from nature.

Reflecting on the assignment, the “macro” group specified that they envisioned preconditions rather than steps being an optimal way to imagine this transition to circular mobility.

The “micro” group focused more on the specifics of this imagined world/city, although also engaged with the psychological/cultural shifts as well as technical details that would aid this transition to a circular mobility sector. They used the Stickies function on the Miro board to link some details of how this imagined circular mobility sector would function logistically with other imagined features of the world that contained it (they called the imagined future “Point B” – see below):

They contrasted this imagined future with the current status quo that they characterized as lacking fun (in the sense of ludic culture/playfulness) and rife in obligations.

The extrapolation from the visualizations and debrief of the “micro” approach can offer the following insight: non-circular and resource-consuming mobility/car sector is connected with a highly structured regimented social existence centered around many specific obligations. A more socio-centric and need-centric society, with a basic income, and established local food security solution, would require a) less movement and b) fantasizing further, could also have room for objects to move around and come to people (e.g. a movable vertical urban farm feeding the city) requiring less movement around of cars. This imagines a car sector that is minimized rather than circular per se, but in the pursuit of similar environmental goals.