Hi all, in this thread I will be sharing weekly memos, that shed light on what’s happening in my fieldwork.

Case-study outline
Method: digital ethnography, classic ethnography
Research group: users of the Polish-speaking web that engage in online discussions on current topics,
Study overview: In general, in this study, I will provide an in-depth overview of social responses from across the political spectrum to health-related governmental action, politics, and policies during the coronavirus pandemic. In particular, I want to explore the narratives and practices of research participants, who are Polish and were in need of medical treatment during the pandemic, and used the Internet for help or information.**
Fieldwork: Health communication mediascape, which consists of various social networking sites, imageboards, healthcare forums, blogs, and alternative media outlets, among others.

Aims of the study:

Based on the preliminary findings from the pilot study, the topics of interest are:

Methodology:
Participant observation in digital public spaces
The role of participant observation will be twofold. First, to locate and map various spaces of discussion across the Polish-speaking web to aid the understanding of the digital public sphere in Poland. Second, to invite Internet users with diverse backgrounds to take part in the study, either by agreeing to be interviewed, or joining the Edgeryders community to engage in discussions and exchange views.

Digital interviews, either video, voice, or through chats:
Digital interviews play a substantial role in the study, as an addition to the textual analysis of conversations taking place on the Edgeryders platform. Interviews will be focused on life-stories, following the biographical method.

Edgeryders discussions
An interactive research engagement with research participants in discussions on topics of relevance.

Detailed issues to be discussed:

Fieldwork context 01-23.03.
The past weeks were politically turbulent, in relation to the pandemic, mostly, but also otherwise, including scandals related to the ruling party.

Next fieldnotes will describe those networked spaces that I focused on since the beginning of March and from where my interviewees come from.

Digital fieldwork definition for the Polish part of the study: 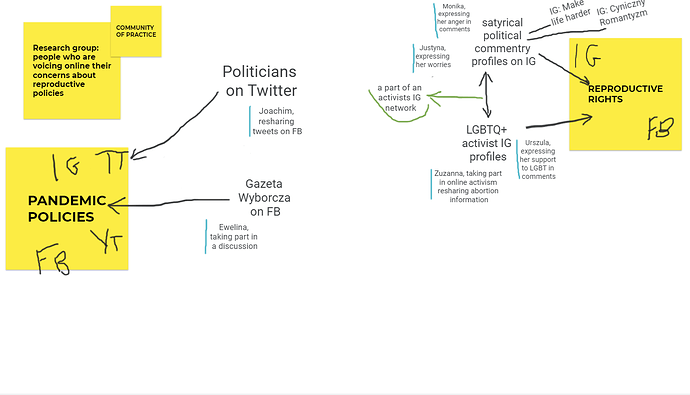 CONTEXTS
Public sphere was mostly occupied with a discussion around the Eastern lockdown and related governmental policies:

Globalisation, being part of the EU

The role of Church

Some context: In October 2020, Polish Constitutional Tribute ruled that abortion based on the

More information on this can be found here: https://krytykapolityczna.pl/kraj/ciocia-czesia-basia-wienia-aborcja/

Polish state and the politics

Way out of it

Main motives in the interview
The State

sooo good! I was looking forward to these so much, great work

The State and the pandemic

Main motives in the interview
Church

Polarization in the media

Main motives in the interview
Healthcare

POSSIBLE POLITICAL TURN?
The support PiS received from the United Left regarding the Recovery Fund based on the EU’s fund, and the PiS’s new political plan the Polish Order, that is to make their political success, that was built on the 500+ program, to last longer, are seen by many political commentators as the rise of the new social-democratic PiS, that is getting further away from their alliance with neo-liberal/libertarian right-wing politics. Except their conservative, political views, and anti-EU sentiments, that is. Is it possible to imagine a political alliance between the United Left and PiS? Is it a way for Kaczyński to get further away from those conservative politicians that make up the United Right, that are related to Ordo Juris foundation.

A great analysis of the turmoil around the National Recovery Fund HERE in Polish, and HERE in English.

A great commentary by my friend Maria Wilczek HERE in English, and also HERE, by Stanley Bill.

The results are very interesting because they seem like a bucket of cold water on the hot head of the Right, showing that their political position isn’t at all a given. 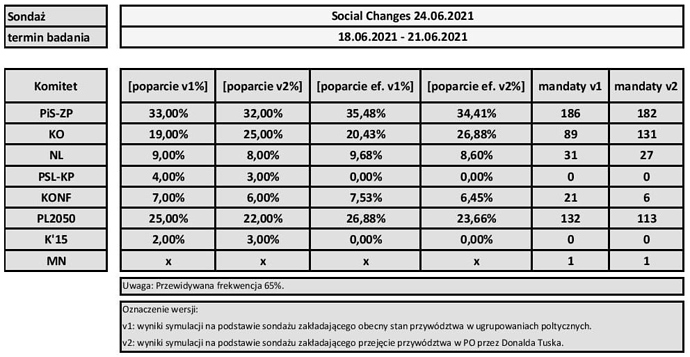 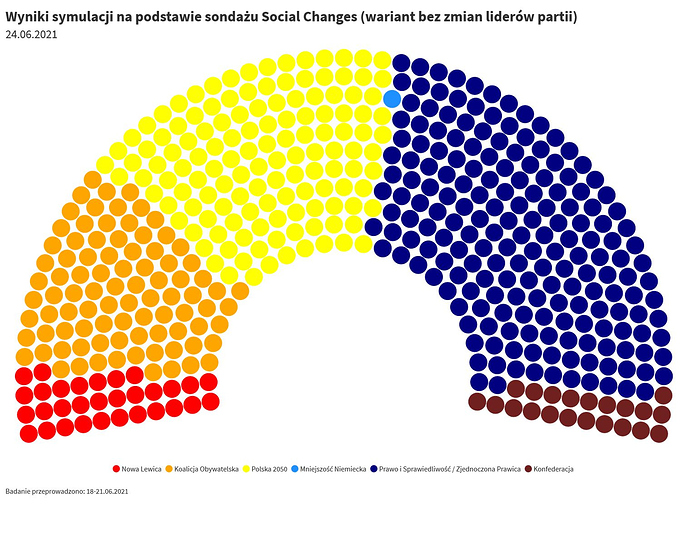 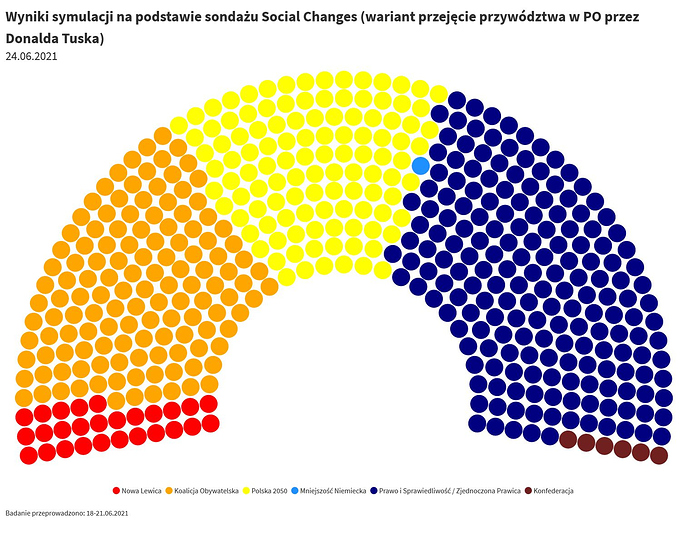 In October 2020, before the so-called abortion ban PIS had 43% of total votes [here]. The poll I am describing here is no longer findable online outside of social media of the opposition… Social Changes, the opinion poll research company is know for cooperating closely with the government.

@Maniamana do you want this topic to be a contributor to the codes co-occurrences graph? I cannot tell if any coding would be about you coding your own reflection (and then we would not want to include it in the graph, as per @Jan’s decision on the coding thread (see); or, viceversa, if the topic contains interview transcriptions that need to be included.

Hi Alberto, apologies, I missed your question!! I won’t be coding those notes - and those are just notes.