Use this thread for notes on all POPREBEL Ethnography Team calls.

@Wojt @Jan @SZdenek we are here, sorry – the room was taken again for some reason.

First, we discussed the new ethnographer outreach positions. We are accepting applications for all 3 platforms, and will be running initially for 3 months. Disseminate the call far and wide! Closes on the 5th of November and we will discuss candidates on the 6th of November.

Second, we did code review (thanks @SZdenek for the detailed review). @Wojt will resolve the far/extreme/radical right typology and @Jan will create a typology for forms of action/activism/direct action, which we can then co-code with political alignments, ideologies, topics etc like feminism, LGBT rights, economic reform, etc. This also means that we have emotions like apathy or emotional investment that we can co-code with political alignments/ideologies and forms of action to paint a more nuanced picture of the situation and maintain rigorous coding categories.

We will also have the Graphryder meeting to discuss:

Thanks everyone for a great meeting!

Creating visualisations of different subforums (@alberto, on Tulip perhaps, we would love this as soon as possible to compare each subforum ssna to the connected co-occurrence network).

Sure. Let’s talk early next week, so we can prepare a description of what you exactly want.

@alberto @amelia As I explained to the team today, the next three weeks will be busy for me, as the annual (online) convention of ASEEES (The Association for Slavic, East European, & Eurasian Studies) is scheduled for November 5-8 and 14-15 and I have a great fortune to be the president for this year… But I will do my best to participate in that meeting on Graphryder. I also would like to schedule a meeting with you, just to review where we are and discuss some ideas. Here I want to signal: (1) I created a continuous reporting spreadsheet to keep an eye on everybody’s progress. Edgeryders look good, but please have a look: https://liveuclac-my.sharepoint.com/:x:/g/personal/uczisgi_ucl_ac_uk/EXrITj5axcZBnFl8Q57rfK0BUFyZnMV3oja9ujhK_3KUSg?e=izFtvC. (2) Please think how you would like to present Edgeryders’s contribution to POPREBEL at a conference we will have with the two other consortia in February 2021. (3) And you may want to have a look at a preliminary report @Wojt prepared with a bit of my input. We have a way better view of what is going on in the Polish community (all threads are now coded). Ciao.

@alberto showed us some awesome visualisations of the subforum graphs. Now we are going to learn how to use them using Tulip! Link here: 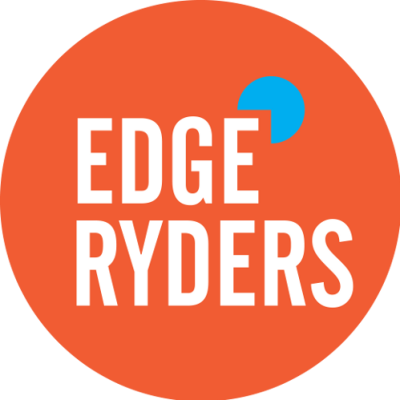 We are going to schedule a meeting for a Tulip tutorial. Here’s the doodle poll, please fill it out! 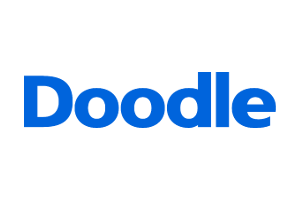 Doodle is the simplest way to schedule meetings with clients, colleagues, or friends. Find the best time for one-to-ones and team meetings with our user-friendly calendar tool. Get started today!

For next meeting, we are all going to do code review. Navigate to the backend (edgeryders.eu/annotator), click on “Codes” in the sidebar, and change the drop down menu from “Tree” to “Translate” (make sure you also select “Any Creator” rather than your own name in the top bar. I recommend sorting by “Newest”

In the Translate view, add an asterisk to any codes that you think need reviewing or changing.

Then press “Save” on the right and a “Saved!” will appear in green text to show you it has saved.

When you’re done with review, make sure to also review the codes that have been asterisked by other ethnographers in case you need to edit or change them. You can do this by searching for the * in the search box.

As most of you know, I’m currently recovering from COVID. I think we should still have a meeting tomorrow to check in.

Also, only @Richard and @SZdenek filled out the doodle to schedule the Tulip tutorial with @alberto, so we were unable to schedule that. Please make an effort to fill these things out. @alberto, if you’re free tomorrow during our bi-weekly, we could dedicate the time to the tutorial. Otherwise, we’ll do another doodle.

Agenda for tomorrow is either:

(if @alberto confirms that he can teach us at some point that week – is that a good week for you?)

So, for coding (my proposals):

Next steps from this meeting:

Explore abductive reasoning as an analytical frame for the analysis that we do (@Jan can post reading homework).

Institutions – the set of rules of the game. E.g. healthcare system.

Organisations – places that have rules, when you walk in you have to follow them (e.g. hospital).

Actors (human) - e.g. doctors, administrators. What actors make up the organisation?
Actors (non-human) - objects that have meaning, like medicine
Scale - level of affective identifications (do I primarily see myself as a global citizen or as a Polish person, or as someone from the countryside?)

–
Goal: break down into a smaller list of codes used more frequently that should be shared. Based upon:

Culture both names and evaluates things

–
Discussion about value and how to capture it:

evaluation may be implicit

@rebelethno Dear all, as we planned the call today, I would like to tell you all that our son was born a little bit ahead of plan, yesterday, early in the morning and because of this, I cannot contribute with anything new to the discussion today…I will see if I can join the call for a sec as well as about my efficiency in the weeks to come:)

However, I would also like to invite you all to our annual conference of the Malach Center for Visual History on Monday 25, which might be of some interest. Link to ZOOM and the program are here.

Congratulations! That’s great news. Have you decided on a Czech-Chilean name yet?

Do we need a link for today’s call?

I’m sorry guys, I couldn’t and thus didn’t make it to today’s meeting. Family matters.
Are there any minutes from it?

<3 Congraaaattssss, very happy for you!

Thank you so much!

Hi @rebelethno !
Since we now have been OKed to introduce hierarchies into our backend we would like to suggest a meeting this Friday (February 5th) to go through our spreadheet, compress and refine what we can, and introduce the hierarchies we agree on into the backend.
What say you?

If you can make it, please make sure to go through the document and read the comments so that we don’t have to do all this when we meet, ok?

Hello, unfortunately, I am still off my usual tempo, I could not make any contribution for tomorrow - I will catch up next week and do what is due

I can’t make it today (I’m doing a mock viva!) but I support your efforts and look forward to contributing at our bi weekly next week