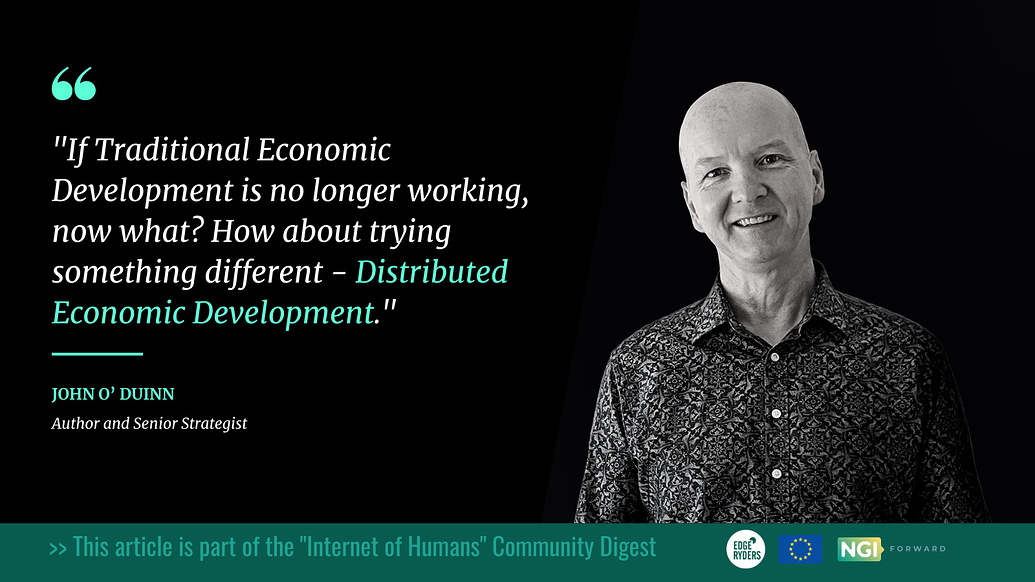 Over the years, we’ve evolved from internet connectivity, to internet for businesses, to Internet of Things and now to the Next Generation Internet for Humans. The obvious question is — why now?

Today, in July 2020, we are at an interesting inflection point in society, with several large tipping point changes happening at the same time:

Many companies in Silicon Valley have already announced not moving back to offices this year; some already said not until mid-2021, and many announced moving to a “remote first” workforce. While this might sound extreme, this is not “only” Silicon Valley.

To show how mainstream this is, in the City of London, some of the 30 largest employers are already talking about only 20-40% occupancy at most. One example I found recently was:

“I think the notion of putting 7,000 people in a building may be a thing of the past, and we will find ways to operate with more distancing over a much longer period of time.” Jes Staley, CEO Barcley

The “old normal” was not working for most people.

Traditional Economic Development is when a jurisdiction gives money to a large employer so they will move to your town and create jobs.

This is the heart of a law I helped write for the State of Vermont.

This “Remote Worker” law has these essential parts:

How does this work?

Does this really work? YES!

These carefully combined parts of the State of Vermont’s “Remote Worker” law I helped write were wildly successful and I’m now working on similar laws and policies for other jurisdictions. It’s not just me. In the US, others have done similar initiatives for places like Tulsa, OK, Savannah, GA, Alabama and Utah.

Jamie Orr, Nacho Rodriguez, Faye Scarlet and Mayur Sontakke (and others!) are each doing this, in slightly different ways, with their neighbourhood community coworking spaces. Each is successful in their own business. Each has been successful in supporting other businesses in their community. Each is helping to diversify, stabilize and grow their local economy.

You will get:
A copy of this months’ digest (magazine) and opportunities to make meaningful new connections across shared interests:

Hello, everyone! My name is John O’Duinn and I want to start first by saying a big THANK YOU to @nadia , @MariaEuler and @RoRemote for making this event happen. It was my honor to give the opening talk at EdgeRyders Next Generation Internet Event. This is part of EU Next Generation Internet - and the outcomes of what we discuss here will help inform what focus, investments and policies Europe will choose to build a next generation internet that supports the wellbeing of citizens, organisation…

please refer to other posts for events where the info, about the funding is already there - you see that there is use of ngi logo and of eu flag only at the bottom, not a whole other banner

the logos are in the tell form itself, so they donot need to be on the text source