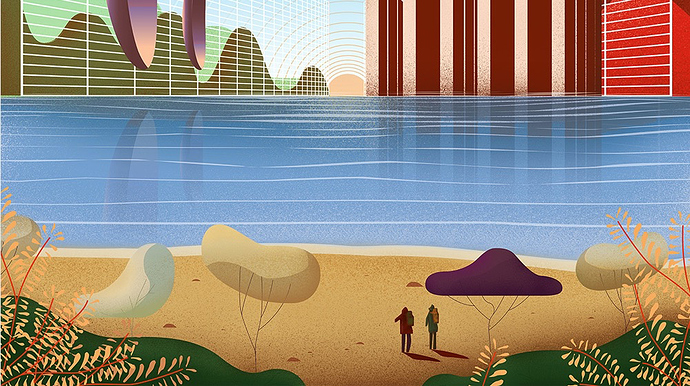 image.jpg1001×561 311 KB
How can participatory regional policies could contribute to the emergence of post-carbon economic models?

The European Commission has invited us to speak at a conference on Engaging Citizens for Good Governance in Cohesion Policy . This prompted us to look at regional cohesion policy through an Edgeryders lens. By this, we mean an approach that emphasizes the creativity and idealism of smart communities at the edge of society. It turns out that, if you see the world as we do, a clear approach to regional policy presents itself. And yes, it does start with citizen engagement.

Engaging citizens is a powerful way to tap into collective intelligence. That intelligence only gets it more far-sighted when you power it it with data. Further in the post, I’ll give you some examples from our own work. But before I do that, let me point out that a data approach, in our experience, does not solve the fundamental problem of citizen engagement as we know it. Which is this: it is fundamentally unfair . Let us explain.

When you engage as a citizen, you are putting it time and effort to help a professional decision maker (a politician or a civil servant) to do her job. You forego hanging out with your friends and family, or taking a walk in the park, or whatever you like doing. What do you get in return?

Well, you get a say. Your voice is heard. In resonance with others, your contribution might help change a public decision, and that will result in a world that you like better. In one word, you get power .

So, why is it so hard to get people to participate? Are people apathetic? Hardly. From the Gilets Jaunes, to Extinction Rebellion, to Le Sardine, Europe is full of committed, enthusiastic people, fighting for the world they want. In our experience, the main obstacle to participation is that most citizen engagement opportunities consist in going through the motions, while no real transfer of power takes place . Take copyright: we have seen many participatory exercises, some quite successful in number and quality of contributions. Time and again, the great majority of those contributions request more freedom to share. Time and again, lawmakers decide against these concerns, and in favor of the lobbies of the copyright holders.

This is, of course, part of the democratic game. But there’s a problem here. Ritualistic participatory processes not only are time and energy sinks. They transform our time and intelligence into a justification for rubber-stamping decisions that were never meant to be questioned . Copyright lobbies can rightly claim that the process leading to their political victories was participatory. This destroys social capital, because people conclude “fool me twice, shame on me” and disengage. Many conclude it makes more sense to take part into more aggressive forms of participation, like street protests.

Failure to transfer real power to the citizenry is a general problem with citizen engagement. Engagement in regional cohesion policies also has a specific problem. This: regional cohesion tends to view development as a singular path, rather than a plurality of paths. For cohesion policies, full success is defined as every NUTS2 region in Europe looking like, say, Île de France or North Holland. The corollary of that is that, say West Pomerania or Thessaly are basically low-grade versions of Île de France. Their success is measured against a model that evolved elsewhere. A model that many regions have given up believing they can deploy with comparable success. This narrative is demoralizing, and it makes it harder to get people to engage. This creates a political space to capitalize on this frustration, by offering a cultural pushback (“the ways of our ancestors” vs. “Brussels technocracy”).

So, what to do? At Edgeryders, we have been practicing engagement as action, more than consultation . For example, over the winter we worked with the World Bank to set up a sort of peer-to-peer business incubator for young would-be entrepreneurs in the MENA region. Most of it happens in an online forum. The conversation therein unearthed a lot of rich information about what it means to start a business for a young person in that part of the world. But people are not there to share their views. They are there to help each other start their respective businesses, a much stronger incentive, and the rich knowledge is a byproduct of their interaction. Even if the policies don’t change, participants are still happy with the programme, because they are building their own businesses.

Another example: we ran the participatory part of the Italian city of Matera’s bid to win the title of European capital of culture 2019. The title was, of course, an excuse to reinvent the region’s economy, as its traditional industrial backbone (upholstery) was being relocated to China. Our strategy consisted in finding out what kind of initiatives people were doing (around culture, the environment, public spaces, urban games, computer literacy for children…), and encouraging them to roll out “instant” initiatives to support the city’s bid. The rallying cry was “show Europe that we can be different here, that the South is not condemned to lagging behind”.

First, we convened a large-scale, open online conversation to find out what was happening on the ground. Next, we used a methodology combining ethnography and graph theory to represent that conversation, encoded as data, and analyzed it to extract a sort of map of key concepts and seminal projects. Finally, we suggested people could use their skills and networks to roll out “community projects” in support of the bid. We rolled out some minimal services to help them with rapid deployment.

An explosion of activity ensued. Someone made an open source solar tracker “to make the cultural programme greener”. Someone else improvised a super-participatory performance in which the city’s street lighting was turned off, and citizens were encouraged to take to the streets with candles . Others set up the largest Coderdojo ever made , with over 1,000 children coding simple games. There was even a group who walked several hundred kilometers across the region, picking up new walkers as they walked, to tell the ECOC judges that the entire region stood behind the bid.

The system was compounded by a barebones scheme of “social innovators in residence”, the unMonastery, inspired by sixth-century Western monasticism. Residents were coming from everywhere in Europe, connecting the local scene to its counterparts elsewhere. The city went on to win the title, and the participatory nature of the bid was an important factor in this victory. Yet, the story does not end with “happily ever after”. Almost immediately after the proclamation, local politics took over, as it tends to do in these competitions. Many of the people and groups that had led the bid were frozen out of the delivery of the bid, as local politicians and institutions fought for control of the money. Those “innovators”, who rightly saw the the winning bid as their own work, saw this as betrayal, and reacted with negativity and disenchantment.

Our conclusion is this. Data are important for citizen engagement. Giving people data helps them see further. A data approach to collective intelligence helps to tap it in a more consistent, solid way. But in the end, collective intelligence, not just “data”, is the magic dust that can propel regional cohesion. And if you want collective intelligence to engage, you need to enable people to act, not just talk. And you need to turn over to them real power, including that of coming up with their own standard for what it means to be “developed”. In a way, we have citizen engagement exactly backwards. It is not the citizens that should engage in regional policies. It is regional policies that should engage with what citizens are already doing , and provide support, legitimacy, legal frameworks. To do this, policy makers need to reach out to them, get to know them, encourage bold experiments at a comparatively large scale (NUTS 3, or even NUTS 2), and move in to scale whatever works. Maybe get North Holland, for once, to imitate Thessaly and not vice versa.

The good news is that the standards of “developed” need major overhaul anyway . The climate emergency is forcing our hand. Our economic model needs to change. Our economic science needs to change. Our indicators of economic health, like GDP growth, are no longer fit for purpose. We are seeing a deep societal longing for some kind of post-capitalist configuration. We are seeing a lot of experimentation, from eco-villages to local currencies, to commons-based peer production, to new cooperativism. In 2019 we created a unit of maverick economists and entrepreneurs, the Sci-Fi Economics Lab , to systematize and scale these experiences.

So, we have a major opportunity here: encourage Europe’s regions to experiment with different economic models . Maybe West Pomerania wants to be like Bhutan, focusing on “gross national happiness”, rather than like North Holland. Maybe Thessaly would like to try out regional-scale commons-based peer production. Let them do it, let a hundred flowers bloom! This is good for Europe’s long-term resilience, because it broadens our porfolio of economic models. And it is very good for citizen engagement. Even for our souls, and the deep meaning of our adventure on planet Earth. Because, hey: it is more fun to be Europe’s R&D lab on future societal and economic model than to be the laggard student at the back end of the classroom.