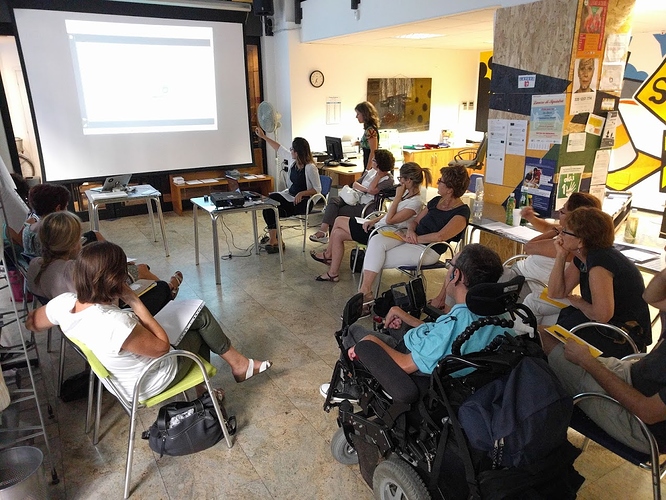 A meeting to present Opencare and to create a local working group composed by different actors that are in different ways engaged in the “Care System”.

Some of our Questions:

@Rossana presents the OpenCare Project, in particular she stresses

After 6 months of the project, we can speak about 2 main lines of work:

**We paste here only some slides. If you are interested, we can send you the full version. 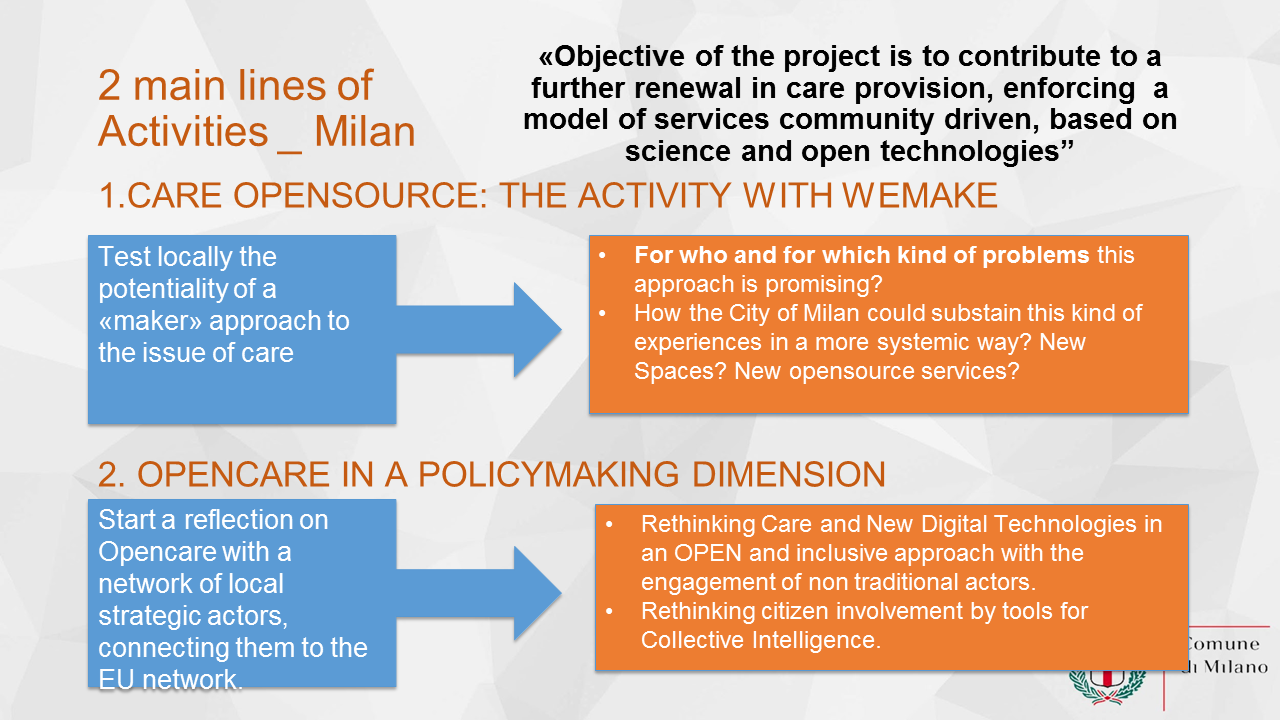 @Costantino presents WeMake, the Fablab, but also presents some interesting examples of maker’s approach to Care. He underlines the main aim of the project: which ingredients are key elements that can facilitate this approach? How could we make this approach more inclusive?

Some examples of makers approach. 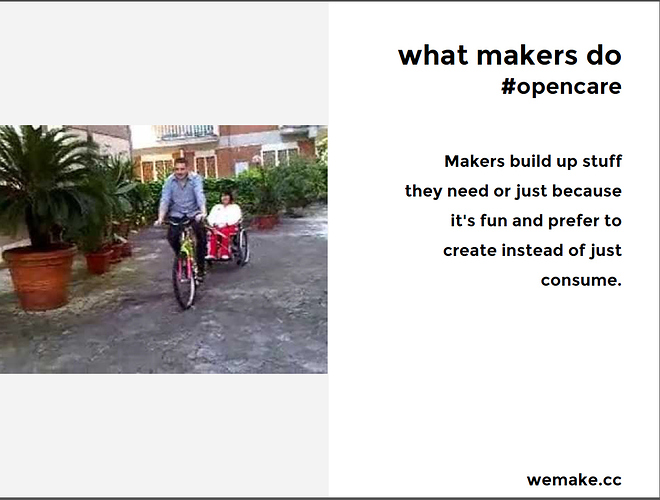 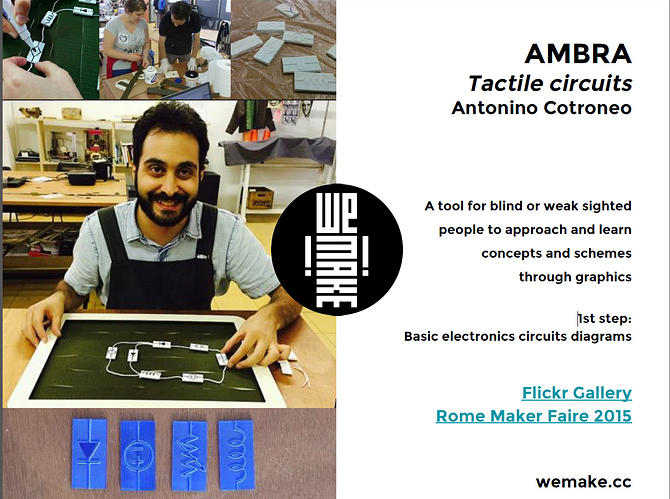 @Franca presents a reflection about the two concepts of “Care” and “Open”, with some examples. The idea is to share a common language and a conceptual framework from where we starts our research/work together. 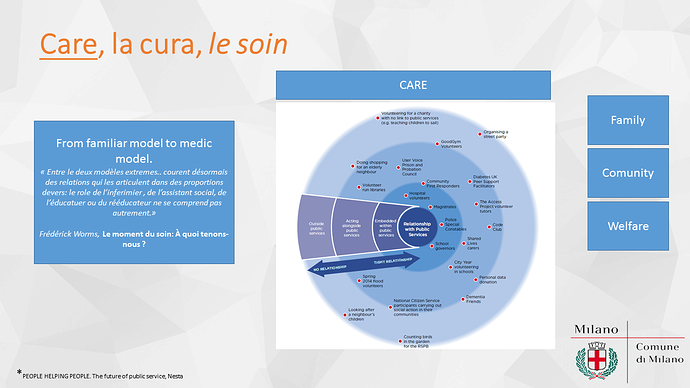 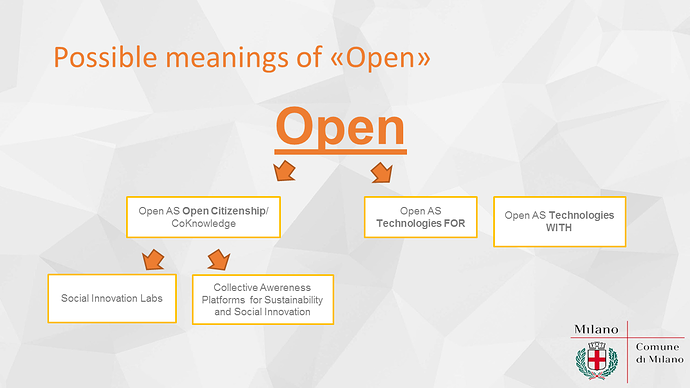 We write here some notes about the discussion started after our presentations… only notes, but we hope to go deeper in the next meetings…

@Antonia Madella Noja, Foundation Togheter to go, says that from her point of view the real problem when you think products for people with rare disease is a problem of scalability. There is the need to spread out products; we don’t have time to wait the creation of a single well customized spoon!

@Gabriella Rodano, Services for people with disabilities, City of Milan, says that she cannot see very well the link between Opencare Project and this approach to her daily job.

@Monica Napoli, Cooperativa Farsi Prossimo, she says that it’s really interesting for her to be here and the approach proposed could be useful to enforce skills of vulnerable people for an effective social and economic inclusion.

@Emanuela Losito, Projects Officer, Social Politics, City of Milan, she is the Project Manager of Welfare di Tutti, a strong initiative made by City of Milan to manage social services, in particular domiciliary services, in a different way (community driven services). She thinks that it is important to think again the role of Public Administration. She sees two possible roles: 1. Community Facilitator for communities that already exist; 2. Promoter of a direct relation with citizens, in particular users of our services. 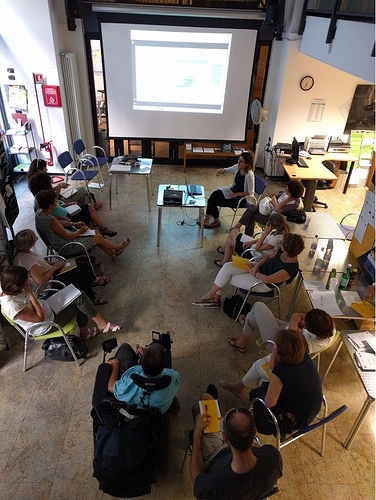 Where do you think this all is going?

@Franca , so how would you summarize what’s happening? I may well be wrong, but I am reading this post as the story of the opencare team within the city of Milano (with WeMake’s collaboration) onboarding its stakeholders on the “care by communities” idea. Did I get that right? If I did, it seems said stakeholders are being cautious, and sometimes downright sceptical (with the exception of Monica Napoli’s comment).

So what is next? Is it too early to discuss a policy prototype, a sandbox in which you’d try to test something new (in the community-provided sense of “new” within Milano’s welfare provision?

Where we’re trying to go with all this

@alberto, we organized this meeting with a fairly diverse group of participants: care operators, social workers, researchers in the field of aids for disability…

The idea is, even in the long term, to contaminate each other cultures and approaches to care.

The debate has been shortly summarized by @Franca, but we invited participants to register on the platform to continue the discussion online.

For sure some of those who attended the meeting (in particular social workers) have expressed some doubts or cautions, or even just a sense of “disorientation” about issues and languages that do not belong to their daily way of operating. This did not surprised us. Others were naturally more tuned. The dialogue was still interesting.

With this group, which we imagine could progressively enlarge, we would like to launch a “working group” on Opencare with a twofold aim:

a) to nurture a city-wide debate about “open” in the welfare provision system of our context from a policy making-perspective;

b) to identify together the “sandbox” to test something new, taking in account the experimentation that we are implementing locally, in collaboration with WeMake - @Cristina; @Costantino - and maybe starting from some embryo of existing innovation in the local welfare

From September we’ll focus on the streams of work I’ve mentioned above:

b) a series of open meetings aimed at discussing a “policy prototype” or other concrete outputs of the OpenCare project, which will involve the above mentioned “working group” and other interested actors.

Please, do that. This sounds interesting.

For the purposes of the project, a policy prototype (if any) would need to be finished by June 2017. Do you think this is doable?