While there are many examples of how to implement coworking in urban centres, the question of how to integrate it in a rural setting gets many people scratching their heads. Its a topic that came up during a breakout session of our latest cowroking event. While urban coworking spaces place an emphasis on creating a community and providing networking opportunities, smaller towns already have those communities - so what’s the purpose of a coworking space in that scenario?

Should coworking spaces be run voluntarily if they spread more into rural areas?

“There’s a government push for more community voluntary run locations (in Ireland). And I think that’s, at least that’s the challenge that I’m trying to get my head around at the moment. How does an organization, an operation, like that work, in effect?

“I think that’s the big gap that we have. How do we get someone that actually works on a voluntary basis? I don’t know if anybody else has had experience with that kind of thing.

“Basically it’s looking at community spaces, vacant potential community spaces across rural areas that can be used to maybe put in high speed, quality broadband and desks and facilities for local people in more rural parts of the country to be able to utilize and use rather than having to travel to cities or bigger towns.

“That’s slightly different. It is more voluntary, that could be from local football clubs or different types of locations that are willing to collaborate. But it presents different challenges as opposed to more larger professionally run hubs.”

“I think the big thing though, is to make sure voluntary or not that government, local community hubs, local kind of chambers of commerce that people are aligned and connected in some way in terms of how they work so that nobody’s reinventing the wheel, or are trying to do something in the community when there’s already a small hub, maybe around the corner, that they did not know about.

“This kind of lack of communication and connectivity can be a major barrier to real, proper local development in community. So, I think the challenge for myself and people like X and lots of us is to make sure that we’re aware of what’s going on and offer supports and collaboration and help”

An example from Scotland

“We opened a co working place in 2005 and we’ve been working with the social innovation community in Edinburgh and around Scotland for the last, well, 15 years.

“One of the things that we’re doing, I’m just speaking to some of the points that have been raised, is working with voluntary organizations. So, third sector organizations to create coworking hubs in their local community. I’ve been evangelizing about let’s get coworking into rural smaller towns, secondary towns, commuter towns for years, and the Scottish government invested in us to help share our knowledge and expertise with other people.

“And all of that information and services and products is available on our coworkingaccelerator.network websites. But we’ve got stories of people opening coworking hubs in small, rural secondary towns all over the world that we’ve been helping. I think the issue that they’ve got at the moment is just numbers of bums on seats. And when are the bums going to come back onto the seats and how long is their lifeline? Because most of us know the bigger the space you’ve got, the more money you can earn, maybe the more rent that you pay. Lots of voluntary organizations have taken on community assets, are living in Scotland. So there’s lots of that going on around the place, taking on very large properties for a voluntary organization as a community asset, but how can they afford to keep them going when, well certainly in Scotland, we’re not even open for business yet.”

“Under 50,000, you’re talking about custom work. You’re talking about a very different kettle of fish. It can be done. I’m presently in a conversation with some people about… they want to open a coworking space in an old cloister, like a 14th century cloister, which I’m extremely excited about if it goes there, but the town around it has pretty much been subject to quite a lot of what the Dutch called cramp, which is that everyone’s moved away. I think the town around it is not 2000.

“I find that the key in small places is really to find out… The thing about small towns under 50,000 is that both communities and micro-communities already exist. So the idea that you’re going to build a community in your coworking space is an entire waste of your time and really has unfortunate overtones of colonialism and I’m not going there. I don’t dare.

“Those people have their communities, they’ve had them for a long time, pretty often what they want out of coworking spaces is to get out of them, to get away from them, because there’s something lovely and cozy about a community where everybody’s known you since you were a kid, but there’s also a downside to that.

If you have any thoughts on how coworking spaces in a smaller town should be different from a larger town or city, we would love to hear them. Comment below.

This thread may be of interest to you!

Some thoughts:
Coworking hubs offer a variety of services that meet a variety of needs. ‘Community’ - a sese of belonging, is just one thing. But fundamentally people are buying a place to work, to meet with like minds, to connect to others (and to be introduced to their networks).

Hi @ClaireCarpenter, I’m wondering if you think subsidies and grant funding would count at all for a business model in-the-making, that is, to rely on some funding to look into integrating other socio-economic groups in the services the space can provide. For example having your Hub cafe run as a social enterprise, employing disadvantaged groups or the likes…? Or cultural funding to organise art residencies…? All of these aimed at finding new kinds of functions for the space that perhaps could become self sustaining in the longer run…?

I’m asking because I can imagine how co-working in some rural areas in Europe, particularly East where I come from, would definitely not be able to generate revenue early on, and wouldn’t even have people with the need to cowork per say, but are severely lacking spaces for new contexts for getting together with others.

@Yosser is running a cowork but mostly cultural space in south Tunisia, maybe she has some thoughts after over a year of having set it up?

Related to the above, which may support your thinking and research - a contact of mine Debora Jeske - highlighted this research paper on “Inclusion through use and membership of coworking” - has a decent literature review also for those interested.
https://www.emerald.com/insight/content/doi/10.1108/JWAM-06-2019-0021/full/html 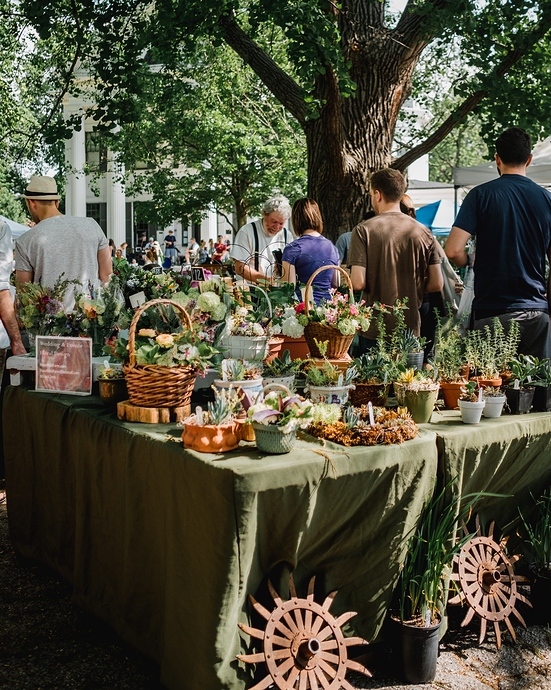 Rural coworking feels like a big opportunity to bridge some of the social divides in commuter towns/villages. i.e. there’s generally some hostility/suspicion towards people living in a rural community, but working in the city. A coworking space that includes such people alongside the rest of the community could do a lot of good.

Also: presumably there are statistics on this somewhere, but rural areas seem to have a higher percentage of small businesses and self-employed people. I imagine there’s value to offering them a context for dealing with the desk-based aspects of that – especially if combined with access to bookkeepers, experts on subsidies, etc.

I live on the north coast of California a few hours drive from San Francisco. Real estate prices have been flat up here for years. Now prices are jumping with bidding wars and cash sales as urban knowledge workers flee the city. Much of this area does not have broadband other than (much lower data stream) satellite services. I imagine that it won’t be long before there are co-working spaces in these towns, where none existed before.

All those people who migrated up to Tahoe (where @jamieorr has her co-working apace) are getting blasted right now with an almost unimaginable amount of smoke, way into the unhealthy range.

Here is an article from the LA Times profiling a co-working space in Hollywood operated by Second Home that manages to stay open and do well during the pandemic because of its innovative design. Granted it takes advantage of the good LA weather and robust plant life, but Second Home operates innovative co-working spaces in London and Lisbon.

The real point is that good design is crucial for co-working spaces and those innovations may be pointing to where workplace architecture needs to go.

What will offices look like in the post-pandemic future? This Hollywood space...

Garden pods designed by Selgascano for Second Home, a coworking space in Hollywood, have allowed the offices to function during the COVID-19 pandemic.