On Science Fiction, Islam and Muslims

Muslim Science Fiction authors and also authors who have written about Islamic themes in Science Fiction. This list includes Muslim and Islamicate authors:

Amal El-Mohtar is an Arab Canadian autor, poet and fiction writer. Her poetry has won the Rhysling award, and her fiction has appeared in Cabinet des Fées and Shimmer. While her primary focus is on the fantasy genre, she has also published in the Apex Magazine’s special issue on Muslims and Arabs in Science Fiction. She is currently pursuing PhD in English at the Cornwall campus of the University of Exeter. She also co-edits Goblin Fruit, an online quarterly devoted to poetry of the fantastic with the Jessica Paige Wick.

Dr. Al-Mutawa is the creator of The 99 comic book series which has been hailed as a global phenomenon. The 99 series had 99 super heroes each of whose name and powers are inspired by the 99 names of God. These heroes embody the virtues of Islamic cultures and the series’ popularity has grown exponentially ever since its launch. The 99 is going to expand into television and possibly movies soon. Dr. Naif was named in the list of top 500 most influential Muslims in the world. Al-Mutawa has a PhD in Clinical Psychology,a Masters Degree in Clinical Psychology, a Masters in Organizational Psychology and an MBA from Columbia University.

Steven Barnes is a Hugo Award nominated accomplished author who has written a number of science fiction novels. His novelette The Locusts was written with Larry Niven and was nominated for the Hugo award. His Insha’Allah series which consists of the Novel’s The Lion’s Blood and Zulu Heart depicts an alternative North America colonized by Muslims from Africa. He has written episode of Stargate SG1, The Outerlimits andAndromeda. He has also written novelizations of Star Trek and Star Wars.

Moustafa “‫مصطفى شملي‬‎” Chamli’s team from Studios/Lunes is working on a fascinating game inspired from Islamic Escathology. The game puts you in the seat of Azrail who is the Angel of Death and who has to perform one last task – the of the Universe but something something goes wrong.

Hal W. Hall is one of the foremost Bibliographer and Librarians in the domain of Science Fiction literature with almost 50 years of experience in the area. He has written extensively on the subject and has a large number of compilations under his belt. He has indexed close to 200,000 resources on Science Fiction which is staggering feat in itself especially in the pre-internet days.

Najiyah Diana Helwani is an American and is currently based in Syrian. She is the author of Sophia’s Journal: Time Warp 1857 – a time travel coming of age novel set in Kansas right before the Civil War. She has published a number of articles and pieces of poetry. Najiyah currently teaches English and writing in Damascus, Syria. When in the US she conducts workshops on Islam and the history of United States’ relations with the Middle East.

Yakoub Islam in a British Muslim writer who also runs the Tasneem Project and Steampunk Islam project. He also created the Muslim Aracrchist Charter. He is working on the first Muslim Steampunk novel which is set in the 11-12th centuries. Yakoub defines the project as follows: ”Muslim Steampunk combines the aesthetics of the 12th century Middle East and Mediterranean and pre-modern Islamic science, with an imagined steam technology developed from the Greek Hero engine.” His notes and background research on the novel is available on his website. In addition to the subject being interesting in itself, the web archive also serves a fascinating look into the process of writing a novel. He also blogs at Steampunk Shariah.

Achmed Adolf Wolfgang Khammas has written on the subject of the lack of Science Fiction in Arabic Literature and has written Science Fiction stories himself. Achmed was born in Berlin in 1952 to a German mother and Iraqi father and grew up in Damascus. Currently he is also active in the field of sustainable energy.

Ken Kalfus is an American author an journalist who has won numerous prestigious awards and also been nominated for many others. He was also the Guggenheim Fellow in 2009. He has written for Harper’s, The New York Review of Books, and The New York Times.  A film adaptation of his short story Pu-239 has been aired on HBO.

Irving Karchmar is an American Muslim convert and is also a darvish of the Nimatullahi Sufi. He is also the author of Master of the Jinn: A Sufi Novel. The novel revolves around the discovery of a ring by archaeologists which may be the ring of Soloman from which he commanded the loyalty of Jinns. Unable to solve the mystery through Science the archaeologists seek the help of a sufi master and they set off on a fantastic journey in the Sahara to solve the mysteries of the ring. The novel has garnered widespread acclaim and has been translated into at least 8 languages.

Ahmed A. Khan is a Canadian Muslim Science Fiction author originally hailing from India. He has published more than 40 short stories, published in Interzone, HP Lovecraft’s Magazine of Horror etc and he has a number of anthologies including the first anthology on Islam and Science Fiction.

Usman T. Malik is a personal friend who is also an award-winning speculative fiction author. He is also from Lahore, Pakistan. He is the first Muslim and Pakistani to win the Bram Stoker Award for Short Fiction and was the finalist for the Nebula Award twice in a row. His work has been published in The Apex Book of World SF, Nightmare, Strange Horizons, Black Static and in many anthologies.

Noura Al Noman is an Emirati writer from Sharjah. She studied English literature at the UAE University and got Masters in Translation in 2004 from the American University in Sharjah. Previous to her current foray into Science Fiction she has written children’s books in the past. Ajwan is her first science fiction novel and will be launched on the second day of the Sharjah International Book Fair November 8th, 2012. It is being published by Nahdet Misr, the Egyptian Publishers who have translated The Lord of the Rings, Harry Potter and Spiderwick Chronicles. Ajwan is about a 19-year-old girl on a journey of empowerment, who comes from a “water planet” and has the ability to breathe both air and water. When her infant son gets kidnapped she has to find a way to save him while maintaining a sense of balance between peace and violence.

Naji Abdullaah Perry (Lonnie Perry) is a comic book artist. He has written a number of paperback books for Islamic comic books and has also done animation for the comic books. He is working on a number of titles: HAQQ, Jinn Hunters, Rainbowman, and many others. Rainbowman can be seen on Arabicteacher.com. When Naji is not working on his comic book and art business, he is teaching and playing golf, and practicing Aikido martial arts.

Larissa Sansour is a Palestinian artist. She was raised in Palestine but had to move when the events in the Middle East forced her to move first to Europe and then for higher studies in the US where she received MA in Art from NYU. Her work is interdisciplinary in nature and covers multiple mediums and is usually informed by current political themes. Her work spans utilities video art, photography, documentary, graphic arts, the book form and the internet.  Her work has been featured in a number of galleries, museums, film festivals and art publications worldwide. Many of her works are informed by science fiction themes. Her project Nation Estate gained world wide attention which presents a  dystopic vision of the Palestinian state which exists in the form of a single skyscraper and is surrounded by a concrete wall and houses the entire Palestinian population. Each Palestinian city has its own floor and intercity trips which were previously marred by checkpoints are now made by elevator.

Pamela Taylor is a Muslim American poet and a writer. She has published a number of Science short stories in various collections like A Mosque Amongst the Stars, Citizen Culture Magazine etc. She has worked as a journalist, and has published fiction, poetry, reviews, and op-ed pieces in the Muslim and mainstream presses. She has also edited and contributed to a number of genres. She is also part of the Islamic Writers Alliance.

Razwan Ul-Haq is a British Muslim artist with a wide range of artistic styles. His work can be described as The experiential Islamic Art … is a post-modern reflection, that draws from the well that fed the traditional calligraphic foundations of Islamic Art. Razwan uses a number of Science Fiction motifs in his work.

Wilson is a writer and scholar, a convert to Islam whose commentary often addresses Islamic and interfaith issues. An avid supporter of new and alternative media, Wilson has written for political and culture blogs from across a wide spectrum of views. Her official website is at the following link: http://www.gwillowwilson.com

Valeria Vitale who is the co-editor of the new anthology Fae Visions along with Djibril Al-Ayad. Vitale is from Southern Italian based in London doing  PhD on 3D visualization of cultural heritage and an an avid reader of fiction. In her own words, “The idea of this anthology comes partly from our longing for the sea, and partly from our being disappointed by the amount of stories about the Mediterranean area just reflecting tourists’ or foreigners’ stereotypes.”

Has at least some references: Dune is a 1965 science fiction novel by American author Frank Herbert, originally published as two separate serials in Analog magazine. It tied with Roger Zelazny's This Immortal for the Hugo Award in 1966, and it won the inaugural Nebula Award for Best Novel. It is the first installment of the Dune saga, and in 2003 was cited as the world's best-selling science fiction novel. Set in the distant future amidst a feudal interstellar society in which various noble houses control planetary fiefs, Du...

Why are you looking for these?

I wanted to scope literary imagination about the future

Dystopian/not. Ideas about tech? etc Science fiction is really about the present, thought it could tell me something.

The plot is very MENA relevant

Tech is not so relevant to the book though.

They also published a “commentariat sourced” collections of short stories on a similar premise: http://www.foundershousepublishing.com/2016/04/new-release-after-oil-4-futures-distant.html

Not exactly on topic but

there is a show called Adnan wa Lina which appears to be (or was) very popular. It is a post-apocalipse cartoon from Japan. Still I can imagine certain roles and narratives - which are sometimes important to “legitimize” divergent behavior in society - may come from places like that. https://www.youtube.com/watch?v=HDCClle5AVo

This one I don’t know anything about, but the comment section gets you to lots of digitally literate moms (and daughters), probably not the the poorest of the poor though.

But a lot of data in farily compact form (pre-narratived?). The world values forum 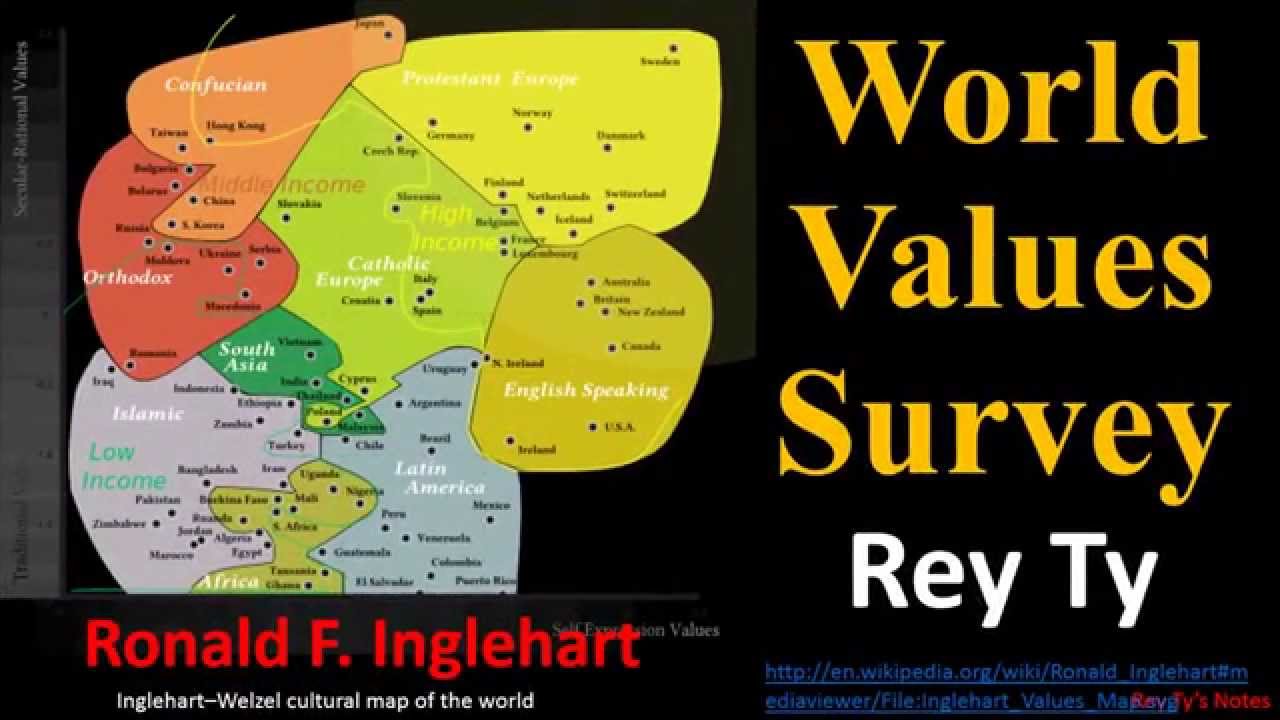 Of course what interests us is exactly the data that is not given: variability within societies, sizes and orientations of clusters - their evolution over time, influence of context/narrative.