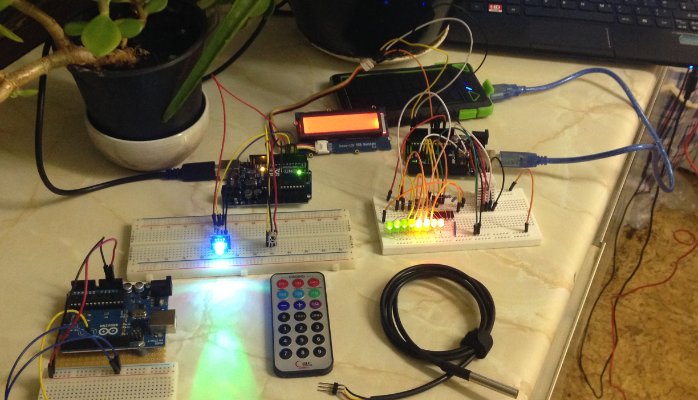 i) A PIR burglar alarm that sends an email to your Gmail if it’s tripped between certain times. 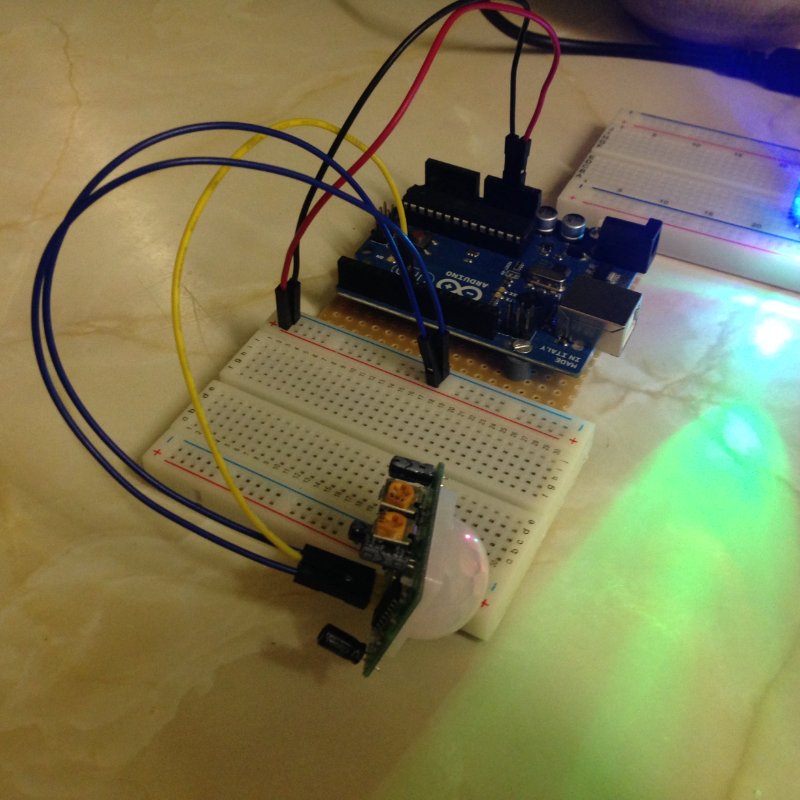 ii) A completely programmable IR Remote and Receiver, in this case being used to change the colour of an RGB LED light. 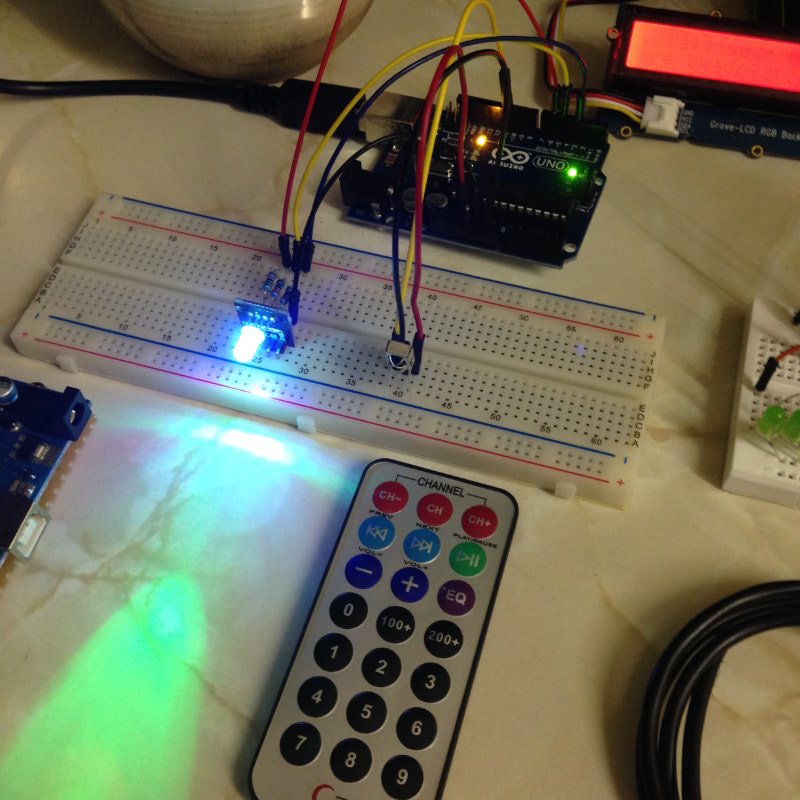 iii) The final project combines a few ideas: An RGB LCD screen to display the sensor information as it happens, a temperature and humidity sensor being used as a data-logger, and then multiple LED’s being controlled by a single shift register chip! It’s also running from a USB power bank that has it’s own in built solar panel. 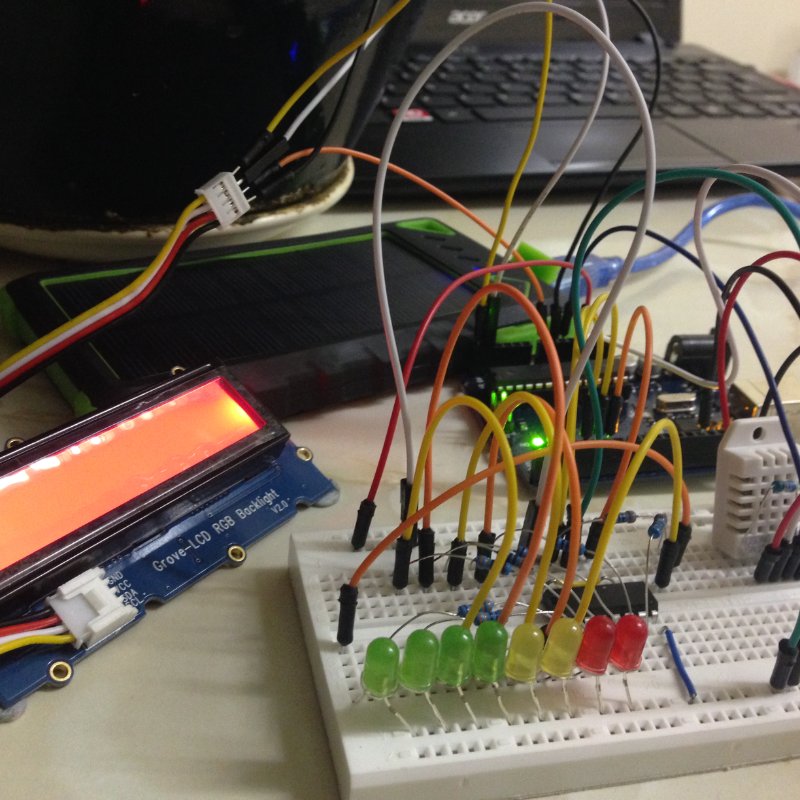