So where are you in the conversation graph? (Re) Introducing Edgesense 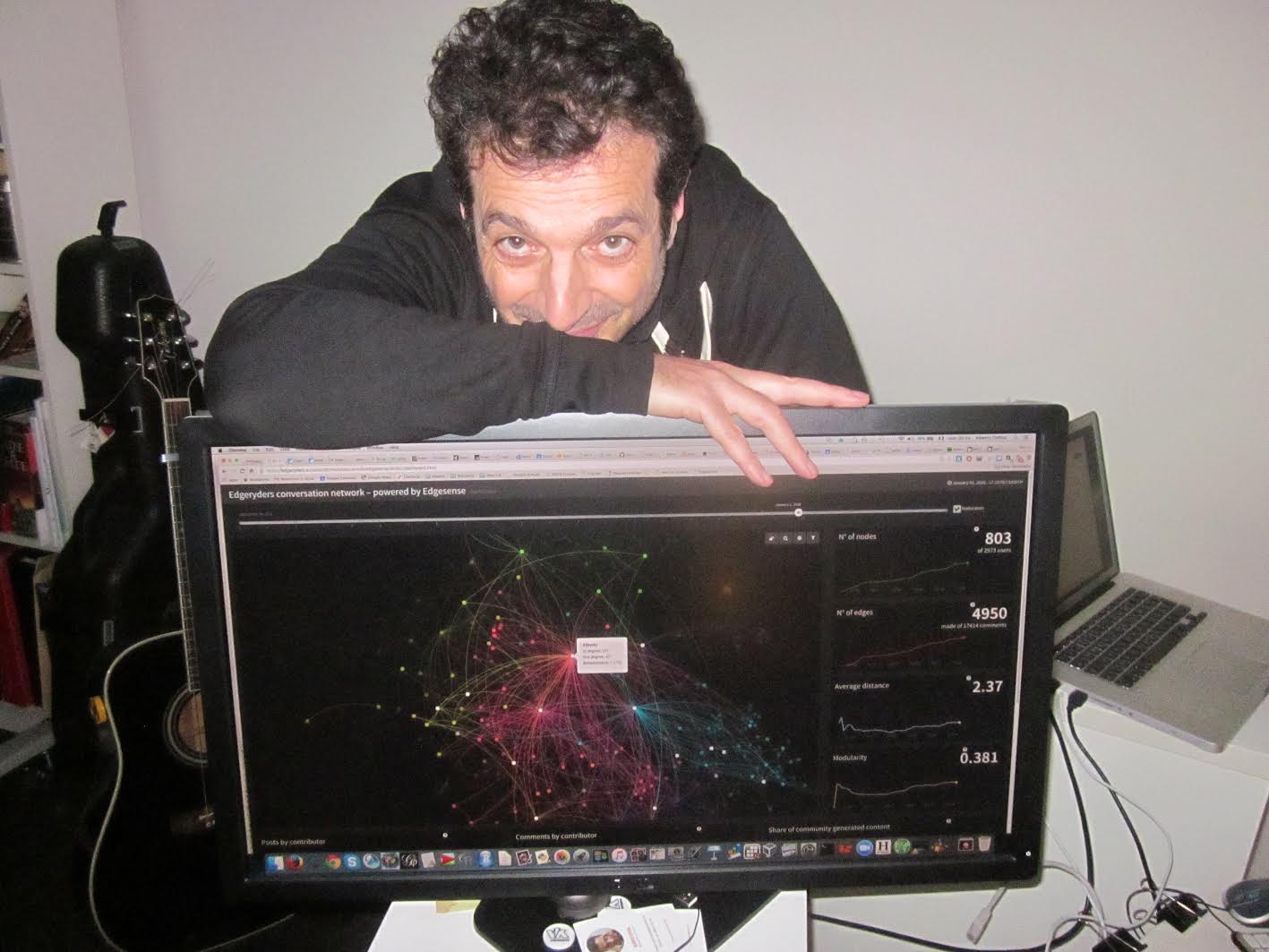 Like many online communities, Edgeryders hosts a hell of a conversation. Over four years, 3,000 people have contributed about 4,000 posts and 16,000 comments. That’s a lot of content. But what about quality?

This is an important question. At Edgeryders we care about the quality of written conversation. We believe there is such a thing as collective intelligence.

In Edgeryders, we like to think of online communities as social networks of interactions. There’s an advantage to this: you can visualize the whole thing as one single visual object. Brain cortex is good at processing visual signals, and we all get the basic idea of a network. Things connected by relationships: how hard can it be? With networks, most people can experience effortless understanding of mathematical statements, just by looking.

If you could look at your online community’s network, what would you see? Here are some examples. 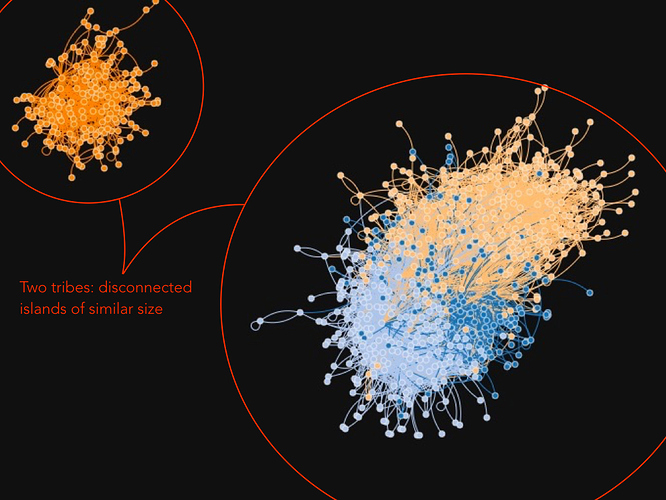 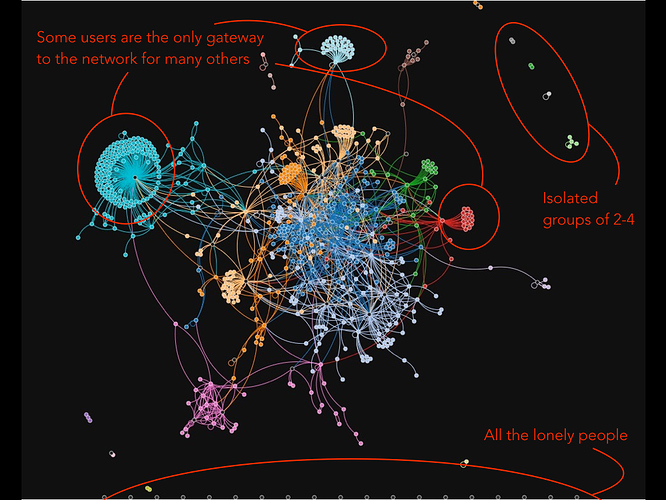 Edgesense is an application that represents online communities as networks of interaction. We developed it for, and with, online community managers. Its advantages:

Edgeryders is one of the first online communities ever to adopt Edgesense. We like it so much we have decided to  let everyone, not just community managers, play with it. From now on, the Edgesense dashboard will be accessible from the main menu. Click here to see it right now. Don’t worry: you cannot break anything.

Several alpha testers report they like to look themselves up in the network. Some have even posted online “network selfies”, in which they appear together with their ego networks. You can do the same by using the search button to look yourself up. As you make new friends in Edgeryders, you’ll see your ego network grow (allow 24 hours for the script to update). Where are you in the conversation network?

Edgesense is free and open source software,  developed by Italian NGO Wikitalia as part of the CATALYST project, with @Luca_Mearelli as the lead developer and myself as network geek-in-residence. Stefano @MoE Cieri ported it to BuddyPress. If you want to install it, we recommend you start at the GitHub repository. Among other things, it sports a wiki with practical information. Online community managers might want to start here.

Edgesense is cool, but it not where it all ends. We will develop it further. Much further, I hope. This is important. I suspect networks are the key to finding the mathematical signature of collective intelligence. It’s just a hunch, but a long one: I have been following it for many years now (I even did a TEDx talk on it). If we find this signature, we can use it  as a benchmark to “train” online communities into getting smarter and smarter. The beauty of this plan is this: the smarts of communities does not depend much on the smarts of their members. All the action is in the way people are connected to each other. In a sense, it’s like the brain itself: a person’s intelligence does not depend much on the quality of its neurons. Neurons are all basically the same, biological off-the-shelf components. What matters is the wiring, the patterns of connectivity across neurons.

That’s the future. meanwhile, have fun with Edgesense. We appreciate feedback, suggestions or help with improving it.

Great work, Edgesense will hopefully be adopted by others in the good fashion set by Stefano and Future Anteriore.

For Edgeryders who are part of a project at a given time, say Lote5, and would like to see who is part of the conversation, a useful feature (new one?) is the Max age (days) of the network, accesible under the cog icon. Set a number and you’ll see everyone who was active during this time and until present day. Unlock the lock icon and hover the nodes to see the usernames. Useful snapshot!

I was able to advance a bit during the holidays, but not as much as I would

I still need some time to make the Wordpress plugin distributable, but I should be able to get to a first vesion soon.

Anyway, yes, I officially started using it for Futuro Anteriore

(I’m planning an international “stanza” over there, to temporarily patch the lack of a multilingual website)

A few weeks ago, I had a quick chat with @Luca_Mearelli about features that I would implement for WP, which may be of interest for others (ie. visualize the conversation happening in sub-networks, via excerpts from posts, updates, forums, comments).

We also spoke about using the transparency of links to visualize how often two users talk to each other. I believe it is a relevant measure, and it would be nice to have it respresented visually.