Last week, I had the honor to co-host the first multilingual edition of Gov 2.0 Radio (http://gov20radio.com).

It went smoothly and I had great fun doing it.

Gov 2.0 Radio’s web site says about its vision that “by being an effective, useful and respected channel, we can play a role in accelerating positive change where it’s most needed.” 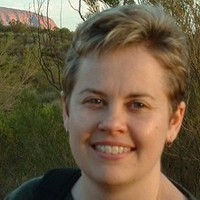 Since 2009, I had watched the founder of Gov 2.0 Radio, Adriel Hampton, and later, co-host Allison Hornery, produce and host Gov 2.0 Radio. I faithfully and passionately covered this radio show extensively in 2009 and part of 2010. Every week, I was tweeting live about everything that was discussed at the show, both in English and French, and the following days, I blogged in French about the invited guest(s) and the issues discussed at the show. I did this for many months, hoping that the information about open government, which was produced only in English, would one day cross the barriers of languages, and reach the ears of French-speaking citizens and policy makers. I was hoping that this knowledge about open government would be understood by those who do not speak English.

I really enjoyed the collaboration with Adriel and will always remain grateful, because through him and his guests, I learned a lot about open government and the tremendous efforts of citizens and government managers to implement it. I was, after all, a chosen student, attending the School for gifted newbies of professor of Aracalm (one of Adriel’s many virtual identities).

But it came to a point where my eyes would suddenty be flodded with a stream of tears, as I was hearing about all the wonderful projects and initiatives being carried elsewhere, while absolutely nothing was happening at my place. So I had to stop listening, because the pain was getting too hard to bare.

When I met Adriel Hampton in person in Edmonton, in October 2010, he gave me a boost of energy. He told me, from the height of his stature (he is two heads taller than me), “Be bold!”. These two words had the effect of thunder and lightning on me. They gave me wings and the courage to propose a bold opengov project, an hybrid multilateral partnership to unify Francophonie around opengov issues.

My project has not been successful. Risk aversion took over it and I was finally told that “the project does not meet business criteria” and that “there is no solution”.

But 3 weeks later, the United States and Brazil jointly launched the Open Government Partnership. More tears flowed down my cheeks, on September 20, as I watched more than 40 countries sign the opengov declaration on my computer screen, as this event was streamed live. At least, I was comforted for the relevance of the ideas proposed in the project.

In the fall of 2011, I joined the fantastic Edgeryders team of the Council of Europe. Because all the doors had been closed on me, I let others try to walk in the direction I had pointed. They created Démocratie ouverte.org, a we-blog, set up at the beginning of 2012 by lobbyists Jean-Francois Gauthier (in Quebec) and Cyril Lage (in France).

They organized a barcamp meeting in Paris in April 2012 (GouvCamp).

I am thankful that for months, Allison Hornery has been closely following the evolution of opengov in the Francophonie world. She was reminding me from time to time, that she was observing what was (not!) happening. When she proposed a first bilingual edition of Gov 2.0 Radio, I was totally thrilled by this proposal. It had an illuminating effect in my mind, as I immediately saw the show’s influence extend its action to all people and all languages​​.

The first multilingual edition of Gov 2.0 Radio was an interview of Jean-François Gauthier (an Edgeryders participant) a lobbyist consultant from Loran Technologies, wrapping up the GouvCamp, which took place in Paris on April 10, 2012. Allison asked a series of questions in English, and as co-host, I repeated approximately the same questions in French. The interview conducted in French, however, was much more complete and detailed, as I had more time with the guest to go deeper and discuss, not only about Quebec and France, but the overall situation encompassing all countries of the Francophonie .

From the beginning, I believed in what Gov 2.0 Radio does, in its mission, in its influence, and its active role to identify and support change.

Now that this first multilingual edition went well, there is an opportunity to repeat this experience, and slowly build a multilingual programme, from which opengov and innovation can expand, in the long run, in all languages and all countries around the world.

If you have suggestions of non-anglophone guests, passionate activists, government officials, organization managers, innovators, thinkers, etc., building our future, please, do not hesitate to share your recommendations!

I send a big hug of gratitude to Allison and her partner from Cofluence, John Wells. Read more about Gov 2.0 Radio’s plans for 2012.  (P.S. The first multilingual edition has not yet been released. Stay tuned!)

I had somehow managed to miss Gov 2.0 Radio. Listening to one podcast right now.

I am not a huge user of podcasts, because listening takes more time than reading. But it is great that it is there.

I never thought I would one day find myself on the same side as a microphone, because I’m not what could be described as verbose. Usually I let others talk, and I much prefer to observe them and analyze what they said.

But strangely, I felt very comfortable in the role of a co-host. We ask questions, and it’s up to others to juggle with the answers! You just have to listen very carefully - which I know how - and then link the previous comments with a question, and improvise a bit to make it all flow well.

At first, when Adriel started this project, it was a live recording, and this gave rise to fantastic acrobatics that made me sweat just listening to them. I admired the speed of brain power and improvisation ultra multitasking capacity action of Adriel, who was able to peg on the sound console, tweet like a mad man, retweet everything that was tweeted by everyone else, entertain and discuss calmly and cool with his guests, talk about just any topic that exists and look brilliant, call some other guest on the phone, while reading all the comments posted on the site from the listeners. I do not know how he did that! In addition, since it was a live show, at times, there were passages of unequal quality and sometimes the sound could completely be cut off for several minutes. With a pre-recorded show, we can say stupid things… and they may be deleted, upon request. It is less stressful that way!

In this sense, Adriel is a king of performance. Just like you are, Alberto. In his own way.