Second half of my conversation with Beth Dynowsk from The Pipe Factory in Glasgow, Scotland and her work as a public servant in Aberdeen. 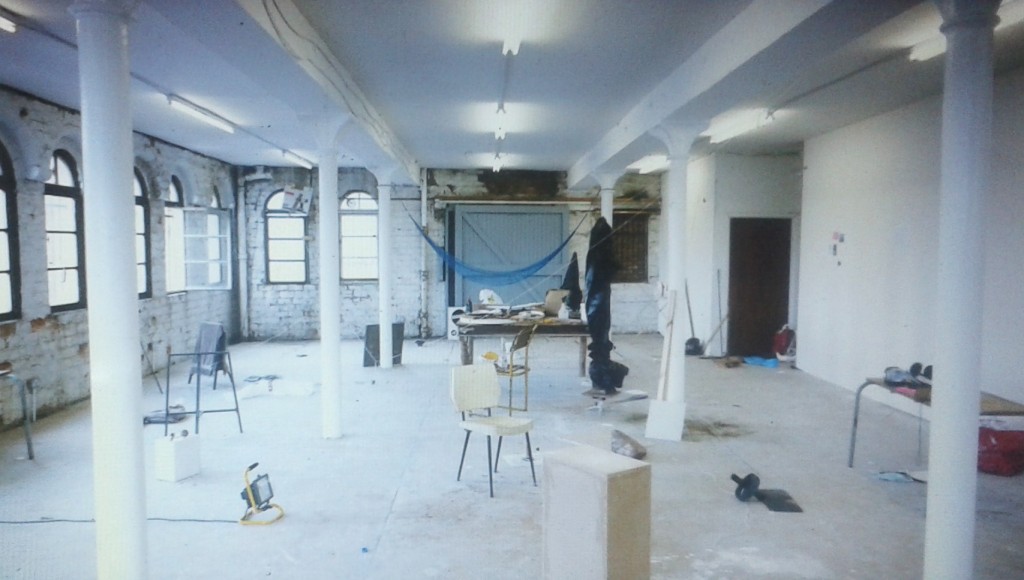 PipeFactory.jpg1024×580 101 KB
Those conversations around artists, and gentrification, and stewardship, and about picking up and doing things for free, you don’t want to get too good at that because people might expect you do to thing like that for free for a long time. Which becomes problematic in the long run for making the case for artists being paid. We never had that conversation when I left; it was always an inner thought process.

I left to go to Berlin for 6 months, to clear the plate and try something new. I though if I continue doing this it is not sustainable in my life because I had to find paid work to keep me fed and pay rent. I am 30 year old female, and me and my partner are thinking about children, something has got to give because I can’t do this anymore, so I made the decision to leave around that and to find paid work to do what I wanted to do. What I was always interested in was where we were placed and what we could do in that location.  Although there is a massive drive forward with education departments, and most arts and cultural organization have those. That is where the thinking happens, how do we work with local groups that are coming out of local governments being under-served. I think for me that is where I was interested, how the building could be used by all members of the public, how it could be used regularly with people becoming more involved in making themselves and learning how artist could be more connected with working in the area. 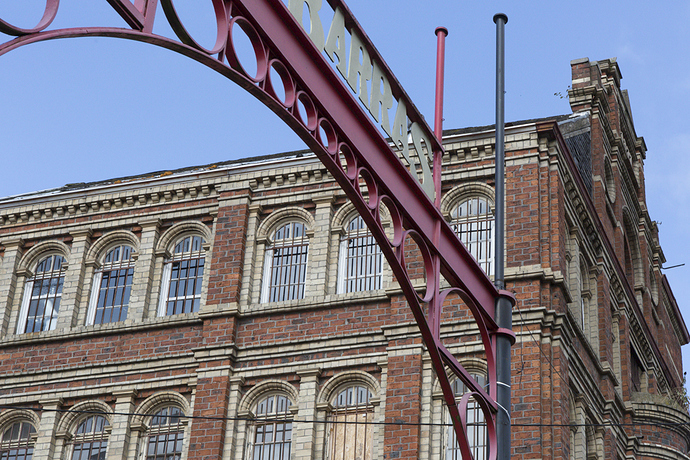 pipe-factory.jpg1000×667 726 KB
There was quite a lot of interest in the community center there and us being able to come down and volunteer and help. I remember at the time people mentioned that their interest in having us there: they could see it being a re-generation project and they wanted to essentially tart it up before the Commonwealth games. And revamp the Barrows market. There are complicated issues. We were there for a long time and it was, I only speak for me in relation to this, from the community there was a couple of people who expressly stated that having artists and architects working in the area and it being seen as achievable, as that being that an option, was something that was attractive for them to be able to think about with their own family members. As that might not be seen as a viable option, or done normally, or have been encouraged in school et cetera. I definitely was not encouraged to do it in school, to take it to an art school level. Just us being there and doing things could potentially be another option and another way of going in life as opposed to what was being cooked up in career fairs and job centers. That is what I was interested in.

I now work in the public sector and look at employment for artist and expressive arts in schools and in adult education.  In the city I am now doing it in, the public sector it is a whole, massive different ball game.

I have seen it from both ends in terms of stewardship, where going from being a group of people who decide to taking over an asset that is clearly crumbling. It was a private landlord, she has 4 kids, she did not have the capacity to do that kind of thing on her own that was her interest she always wanted to save this beautiful building and put it to public use.  We were running that, but as certain points we were doing that 30 hours a week alongside some of us having children and I was doing paid work, also trying to keep your own (artistic) work going, which generally does not happen. And the point is, you are trying to make space and time for people to think and suddenly, it is the classic thing, you end up having no time or space to think. So you enter a cycle which you trying to stop. I don think it is necessarily how it has to go, I definitely think organizations like that can be helped massively from the start by seeking out external help and advice. And balancing it and going at a pace that is fine for everybody. I was kind of going full throttle at different stages. I would say as much help you can get at that stage from elsewhere. Or if there is anyone who can help with the development work, who has that capacity within the local government or in another organization. We definitely had some help both public and private bodies that made huge difference. And some kind of support network would help. 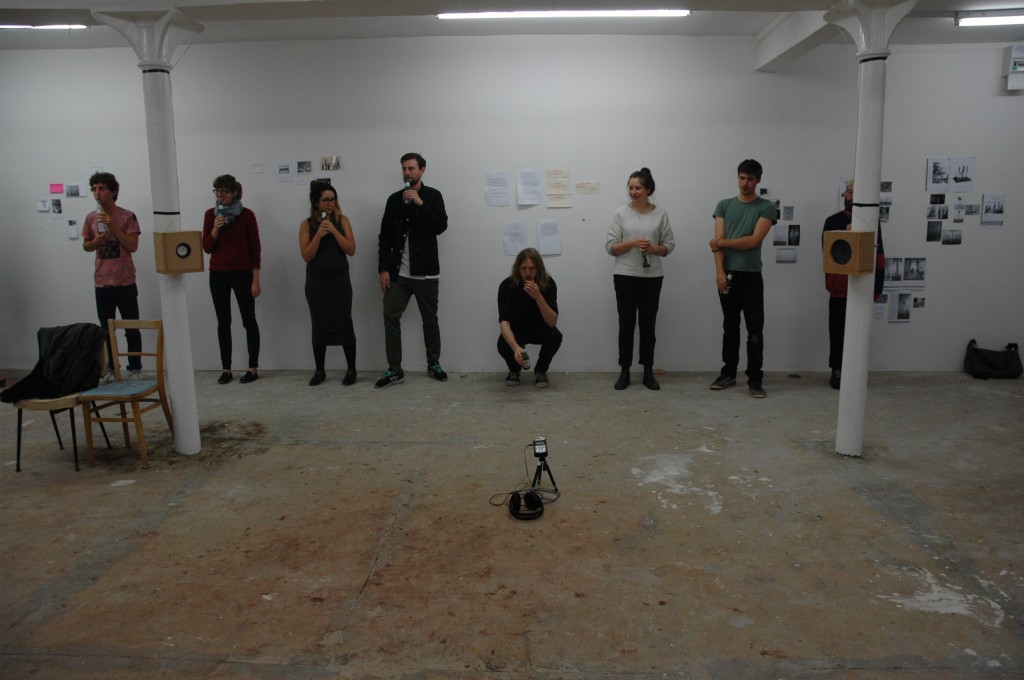 people.jpg1024×680 109 KB
When I think about stewardship, I relate it to public services catering or providing funds and infrastructure and resources to provide for all the needs of its public, its community. And where those services perhaps are lacking, stewardship has to kick in from members of the community to take it upon themselves to provide those things. One of them is voluntary and one is paid. Questions come to who is it that is able to do that. Who is in the position financially to do that, who is in the position time wise, who is in the position physically or mentally to do these things. The difference now in the kind of programs I was trying to run and the research I was doing. There are things that now coming at it from the end of the person who is supposed to provide that service and figure out how you do that looking at community centers and village homes, libraries; lots of empty homes and empty spaces. We have programs to help people create creative spaces.  I am in a city that is not like Glasgow, it does not have artists creative centers at all. You then have to make decisions about what you fund and whose culture it is that you are funding and whose is it that you are championing. And how is it that you are defining what that is and where are those ideas coming from. Are they coming from people who live there or where are they coming from? Are they coming from my own homogenized art school vision of what art is? There are a lot of complicated questions in there.

What I am talking about a lot is cultural democracy. And also around the labor issues around who does those things. If you work on your own back and you think it is great to have a space, maybe why should anyone pay you until you have proven your worth? You can definitely get a non-profit and still get a wage for directors, I have seen that work, and it was not something that was available to us at the time. What has become interesting to me, working for public service and coming from working off your own back within the community from the ground up, is the difference in the level of motivation, and autonomy and responsiveness, you have personally in doing it. The massive shift that has happened is you kind of lose the ability to put your own stamp on things and externalize your ideas as much because you do have to play an intermediary role and what is interesting, the difference in intrinsic or extrinsic motivation, where when you are doing for yourselves your doing from your projection forward and when you begin to work within a very large organization that seems to become dampened down a little bit. I have only been in my new role for a few months, but when it comes to thinking about how we work with other people, I would definitely say the best people to work with are those who are intrinsically motivated towards doing these things and being involved in these things because I don’t think you would really do it because its hard work taking on buildings and doing them up, essentially you are on call 24 hours. I don’t think you would do it unless you were doing it for the love of it. So while we are seeking out people like that to work with up here, we are trying as much as possible to not having to get them to pay for things, and potentially to be paid and to set up a model so people could be paid and to look in to the sustainability of it because you don’t want to be leading people into a situation where they are just going to burn out.  I don’t know, you can tell I am in the middle of trying to figure out these things, I am all over it with my thoughts really.  There is a lot of tension in all those decisions and these issues.