The unveiling of Witness, and where it all goes 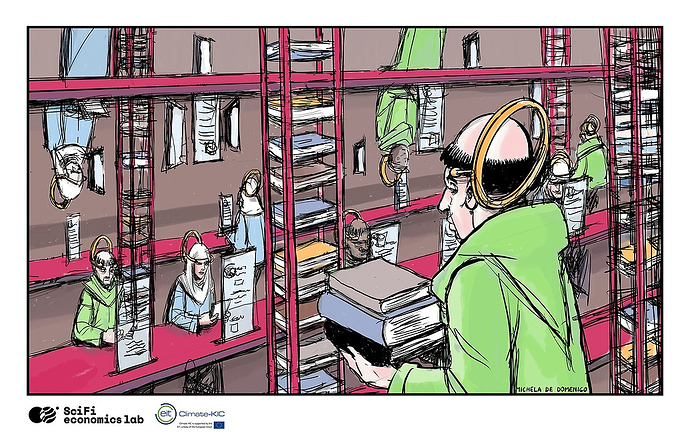 Yesterday, with @yudhanjaya, @Joriam, @nadia, @ivan and others, we unveiled the floating megacity of Witness. Based on the (real) U.N. concept of the floating city, Witness may be all that is left of modern civilization after the Sundering, a massive upheaval driven by climate change and other societal ills. It is an imaginary, but rich and coherent, universe. Its purpose is to serve as the setting of works of science fiction and climate fiction: novels, short stories, films, games. It is a bit like the Star Trek universe, or the Harry Potter universe.

But there are four differences. One: Witness has better economics. We are building it to be an architect’s rendering of what it would feel like to live in economies other than late-stage capitalism. It is divided into Distrikts, each organized according its own economic principles: cooperativism, libertarianism, monastic economy, and so on.

Two: it is open source, and the license includes derivative work. If you set sci-fi work in Witness, you retain its full copyright, and the lawyers will not come calling.

Three: it is participatory. Anyone can take part in inventing its economy, history, culture, geography, notable people. Contributors come from all walks of life (science fiction authors, economists, activists, anthropologists, sociologists, data scientists, historians, lawyers…). Why not add a doughnut economy distrikt? Or an afro-futurist, Wakanda-like one? What would they look like?

And four: it aspires to become a tool for people, and the institutions, to navigate their own future. We see people around us experimenting, creating mutant economies. We see institutions getting curious, and wondering if they should not, after all, encourage these experiments. We are even working with some of them. We plan to continue to do so. After all, we live in Europe: and as Europe embarks into the Twin Transformation (green and digital), it is important to figure out what we are transforming into. If that turns out to be some new version of “sustainable development” in the 1980s (business as usual, but with a coat of green paint), it will be a huge missed opportunity. And we probably will then proceed to drown, or burn, or both.