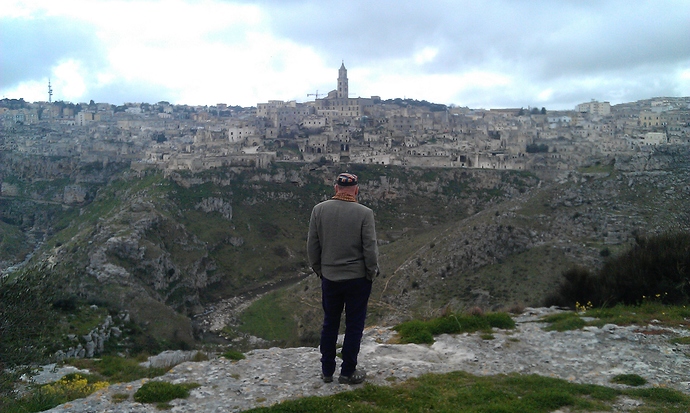 “Today we have given you a big gift”

These were the final words said to me at the closing of the first #unMonastery co-design session, last saturday in Matera - and nothing could be more true. I think I had been anxious for a month about how the concept of unMonastery would be received in its future home, I anticipated struggle, objections - primarily a loss in translation, not between languages but culturally. unMonastery is born of hacker culture, a can do collaborative attitude demonstrated in the natural way EdgeRyders has now come to self organise. This way of working is emergent and suffers from legibility, translating it is a task in itself.

My anxieties though were misplaced, the gift came in the form of a real commitment, understanding and a generosity of spirit in the contribution made by the 40 residents of Matera in attendance. I’m still unsure as to whether this was down to an investment in the idea of unMonastery or rather that unMonastery enables an axis or lenses by which localised problems can be filtered and discussed in an honest constructive manner. It seems to me in reflection that unMonastery functions as an idea or conceptual territory that can catalyse and allow for the collective discussion of what everyone is already thinking - and attempting to work towards. 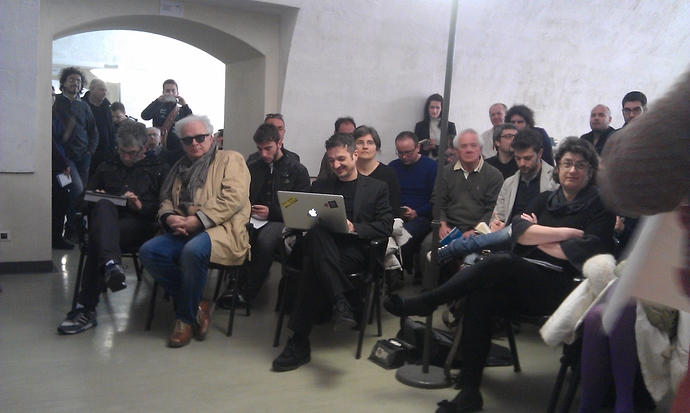 The structure of the day was as follows;


10:30 (or 11:00 Italian time) - After a short introduction from the Mayor of Matera and Rossella from the organising committee for Matera2019 - Gaia presented in Italian a short presentation I’d prepared on how the unMonastery has progressed thus far, how we communicate, who’s involved, future projections for the project and what we hoped to gain from the day ahead.


12:00 - First Task: Social Asset Mapping, in order to gain a rapid overview of Matera we asked those present to plot locations on maps of the places that they considered important, this was done on an individual basis followed by group discussion of the locations mapped. 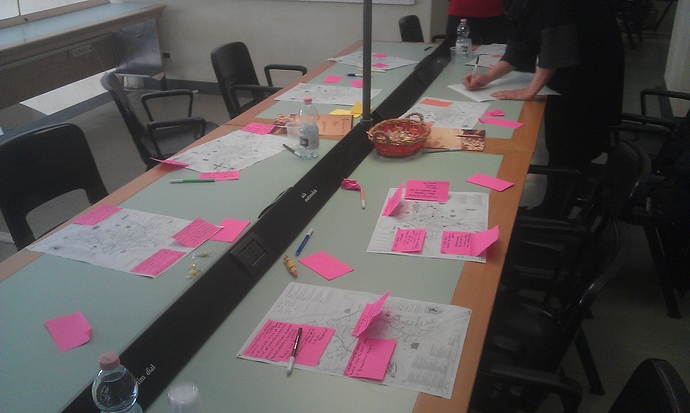 Then we broke for lunch. By the end of lunch and thanks to the incredibly fast work of Piersoft Paolicelli we had everything plotted from the first session available online to share with unMonasterians, EdgeRyders and Matera itself.


14:00 - Second Task: Challenge Mapping. Taking the same format as the first task, individuals listed a broad spectrum of challenges and reformed into groups to discuss each point raised. This was then fed back to us in an open discussion format.

At this stage we -as unMonasterians- cannot pretend to understand the problems or challenges of life in Matera, we cannot presuppose that we know the right solutions. unMonastery though is about working towards solving widespread problems, primarily throughout Europe, outlined in the presentation the broad problems we aim to tackle are as follows:

This has to start on a smaller scale, unMonastery isn’t interested in replicating pre-existing top down models or a one size fits all, we’re trying to develop a framework that can be instigated with humility and sensitivity to the diversity of needs and aspirations in the locations it finds itself. Matera has already been enormously generous in allowing us a test bed for the first iteration and the possibility for real collaboration. As a result we now have a large set of challenges to rise to in building the first unMonastery.


When we arrived in Matera the structure we had adopted for the co-design session was not wholly defined. We left a lot of room for improvisation, it was hard to determine in advance exactly how the day would go, by the time we got to 16:00 we had already asked a lot of Matera’s residents but the energy and level of engagement hadn’t dropped. The level of ability and commitment in the room was high, higher than expected. I say this having facilitated a lot of different styles of collaborative workshops with many different groups, it’s not an overestimation to say that this event was better than any other I’ve been involved in - it has set a high benchmark for the kind of work we will have to do when in Matera this September.

What came out of this session was incredible, a whole series of proposals and clearly defined challenges for the kinds of pledges we will need to source in the leadup to the first stage of the project. It’s important in this moment that we begin to correlate and communicate the needs of local community with the sorts of proposals we elicit.

Perhaps most importantly though this session demonstrated a need for a 4th component to the unMonastery structure, currently we divide the work of the project between Internal, Interface and Outreach - this session highlighted the need for a fourth pillar, upon the suggestion of Bembo; Injection: the ability for the residents of Matera to inject and enact projects within the context of unMonastery.

We’re currently in the process of translating everything that came out of the day long session but between now and then, you can read the notes and some of the outcomes here: Social Asset Map / Challenges /  Proposals (Synthesis)


It’s important to state that this post has a significant and obvious lack for the textural qualities of Matera, the people we met and the stories we were told - but like #LOTE this was an intense highly condensed three days in a place like no other, there’s a lot that needs to be communicated. If you’ve read Italo Calvino’s Invisible Cities you might be able to come close to imagining what Matera is like. I’m still attempting to mentally download everything I thought, was exposed to and felt whilst in Matera but it will come in the next week, this is only the first of a series of blogposts that aim to share the experience and information gleaned from a short stay in the future home of unMonastery.

Many things happened during our visit, we met many amazing people and were fortunate enough through the generosity of locals to begin to see the place as it is seen by its citizens, what has become clear is the reality of unMonastery, the history it builds on, the weight of what is becoming possible and the shape of the work ahead. This is part of the gift given to us by the people of Matera, one that will require honest and real commitment to reciprocate.

The only call to action in this moment is to make a pledge, we’ll be closing the EdgeRyders internal pre-call at the end of April but we’d really like for you to join us.

With these things said I’d like to thank everyone who made #unMon possible. The people of Matera taking the time to listen to us and for their commitment and contributions throughout our stay. The committee of Matera2019 as our hosts, communicators and guides. Alberto Cottica for making this possible. Ilaria for showing us the things that we cannot see from the outside. EdgeRyders for their online support throughout the weekend. The unMonasterians, Gaia for her amazing ability to simultaneously think and share in two languages and generally hold everything together. Bembo for ensuring we never lose focus in taking ourselves too seriously and providing the kind of energy unMonastery  will require in order to come into being.

Congrats and a question

Ben, congratulations, are in order. Well done! The unMonastery crowd really proved its worth. The pictures you posted it speak for themselves, as does Bembo’s post.

Now the question: why are you planning to close the call in April? In my understanding, unMonastery Matera will not go live before September. Would it not make sense to give the idea more time to sink in and be circulated?

Ben and all, many thanks for giving us an impression how it’s like in Matera and how the unMonastery projects comes along. Yesterday, I found this on YouTube. Maybe you know it already. If not, you might be interested to enter a discussion with the author as he raises some interesting points:

Thanks, Matt, we were aware of it. I actually embedded it in a comment to Bembo’s post. It’s great that the guy went to the trouble of doing the video in English – though he himself has quite a reputation of being the town’s contrarian, he does raise some valid points. Essentially, in my understanding, the blogger really does not like the current mayor. By extension, he does not believe anything initiated by aor associated with the city council (including the committee preparing the Matera ECOC application, me and the unMonastery) can make a valuable contribution.