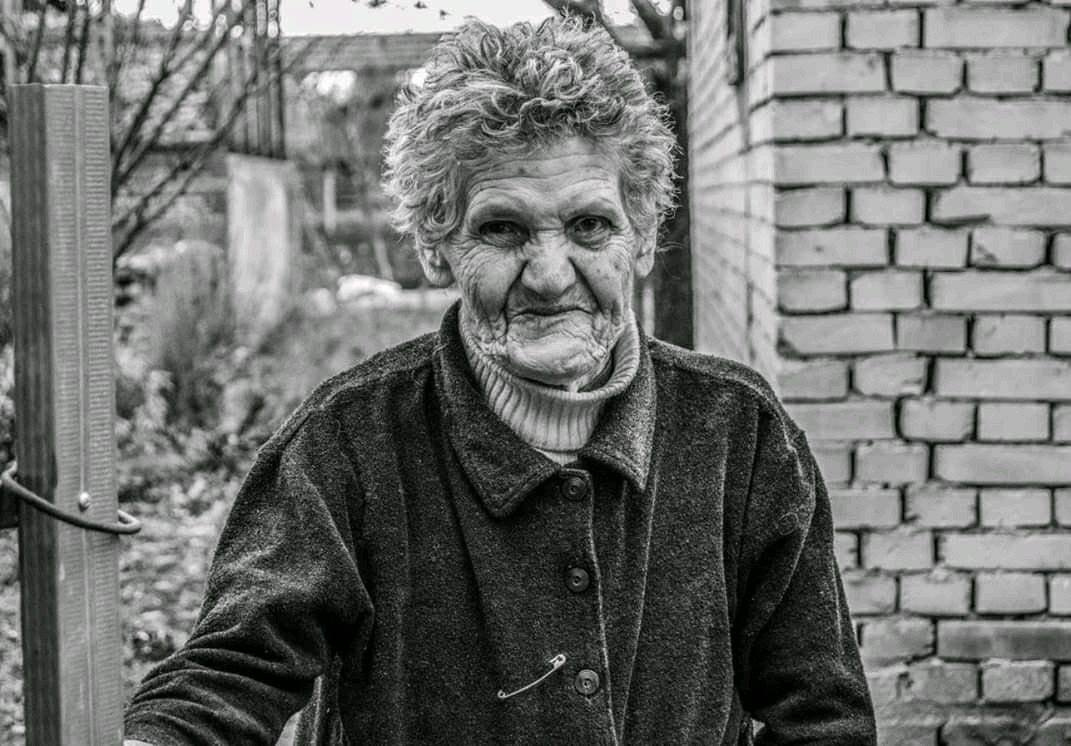 This is grandma Vinka . She is probably a Serb. Maybe a Croat? But she could be a Bosnian too. It doesn’t really matter, because her life path wouldn’t be much different, whoever she is. Probably.

Vinka lives in a small village, somewhere in the Balkans . Her husband probably passed away years ago and her son moved to some far, foreign land. She has probably seen her first grandchild when her son was visiting 20 years ago. Occasionally, she gets photos by mail and keeps her house like a memorial. Every wrinkle and cease on her face is a potential which never came to be. Because she was born in the wrong place, at the wrong time and in the wrong gender. Probably.

If Vinka was born into a poor family somewhere, perhaps on a farm, Vinka would be nothing but yet ‘another plate on the table. She would be the cost . From an early age, Vinka knew of a guilt of being a female . Probably. If somehow, by sheer luck or having more attentive parents, Vinka managed to show some extra skills and talent, most likely that her poor parents would want Vinka to learn how to read and write, so she could have some basic education and eventually to marry a good man and ‘’good’’ would be anyone willing to take care of her. In that case, Vinka’s mother would probably take her to a village market and right next to the place where men were selling and trading cattle, Vinka would be given to a richer family. Some would say that she was sold, but there was no money exchange, just the promise that Vinka will get a nicer dress , some education and the monthly allowance which Vinka would probably send back to her family. All of this, as long as she keeps behaving nicely and doing things around the house with her new family.

However, this is not what happened to her, even though it could of, for Vinka could be everywoman of the Balkans. The principles she was brought up on still resonate in a modern Balkan society. Like an entity, Vinka could stand for all those women who were first, but came the last . But she knows nothing about this or about things being potentially different and she doesn’t care.

Today, grandma Vinka is witnessing some changes around her, firstly with her neighbor’s daughters. They are being educated, going to work every day, wearing pants and driving cars, sometimes talking back to their surroundings, re-marrying or having children out of wedlock. And Vinka is thinking about how things were more simple and easy in her time, when women knew their place . Probably Vinka asks herself: why did women had to speak at all ? Why did they ever want anything? They only hurt themselves this way, because now women have to do and be all these new things and, at the same time, they need to stay Vinka, the everywoman of the Balkans.

Thank you for the story, @Marijana, it could be the story of all Eastern European old generations.
As far as I know, my own grandma of 83 has lived through similar values and foregone any civic involvement a long time ago. Unfortunately, entire such populations are simply surviving.

Growing old is something no one seems to know how to do in this part of the world, without becoming a ‘burden’ or preaching to such different young generations. Am I generalising? Maybe a little.

The other week I saw a documentary which impressed me so much, about this Macedonian bee keeper who is the last of her breed it seems. Highly recommended! 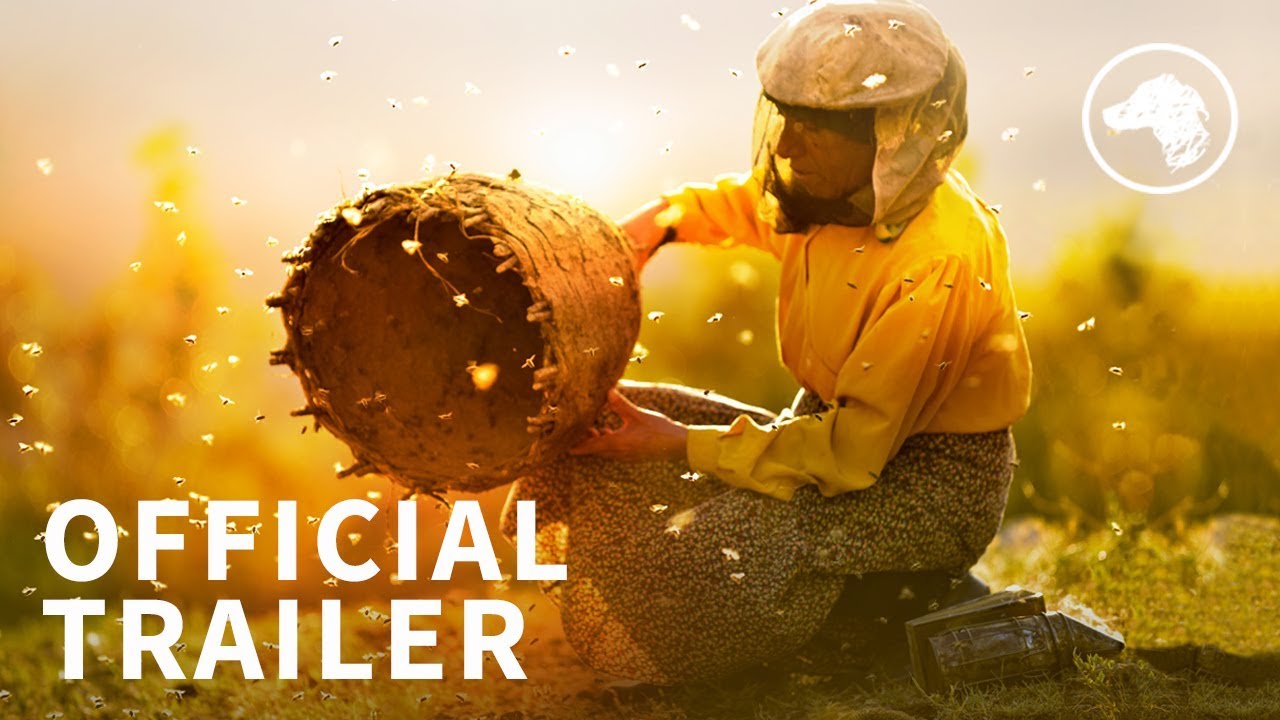 For me, the most precious lesson to learn from them is to be brave, keep fighting, but don’t endure more than you have to…
Not sure about how others see this rich heritage from our grandmothers?

Thank you, very much, for commenting and sharing your thoughts! I wrote this for @Daliborka 's photo contest application in France, where the subject was the womanhood in Balkan, as her entry-photo was to be followed with the story.

Unfortunately, I never got to know almost any of my grandparents, as they passed away when I was 3-4 years old. Grandparents on my father’s side were refugees from Bosnia after the WW2. Both illiterate, peasants, they had 4 children: 2 sons and 2 daughters. My aunts were those girls who ate the leftovers and also they didn’t go to school - but my father and my uncle did. So, this particular part of the Vinka story is not only something what was happening in a distant past, but kind of a common thing within poor families in the 50s and 60s.

My grandmother (on my mothers’ side), named Nevenka (Marigold), I was lucky to have met and known until my adolescent years, when she passed way. She was basically deaf-mute since early childhood, after - as a child - she consummated caustic soda (Sodium hydroxide). She was also of Roma heritage and was very ashamed of this detail through her life and I’m afraid she passed this feeling of inner shame onto my mother as well.

I think, both the collective and individual ‘‘destinies’’ of women in my own family is something what deeply resonates with me, especially if I (and I do) interpret their stories through all the other underprivileged identities they had (an uneducated woman, a Roma, a refugee, a peasant, etc.).

Now, this I find very interesting - knowing how to grow old. I don’t think this even exist as a potential concept within Serbian community. I believe that the majority of people growing old see as a natural process (which, of course, it is), when they can somehow allow themselves to relax, retire/stop working, but also stop learning and growing in a sense. Often, the peak for them is to have grandchildren (another pressure on their offspring to procreate and ‘‘give’’ their parents grandchildren). Elderly women sometimes become members of local women’s communities, where they usually have annual meetings, with some music and lottery/bingo-like games and this is where they socialize.

don’t endure more than you have to…

Oh, yes - summarized in vojvodinian expression ‘’ Mani se’’ (let it go/let it be).

Not every elderly person is this way, of course, I’m only sharing what I’m witnessing in my surroundings.