Virtual collaboration emerging as the competitive advantage of 2020 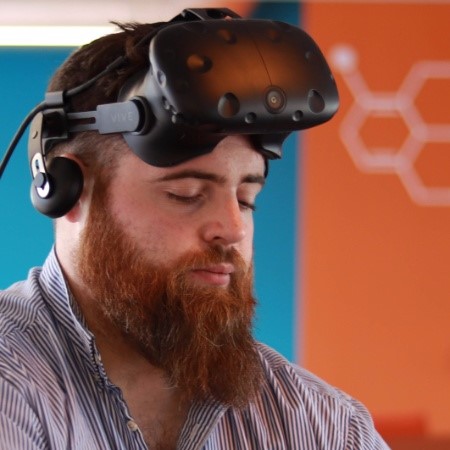 My name is Jonny Cosgrove, I am the Chief Executive of meetingRoom.io, an Irish company that makes virtual reality meeting room software, primarily to provide virtual space-as-a-service for large enterprises. I’m a Trinity MBA with a background in advanced marketing technology and I’ve spent the last few years working on technology that contributes to structural changes in the way we all work.

We provide virtual meeting rooms - a digital office space that is consistent and available from anywhere. We bring body language to meetings, focused on highly collaborative and participative meetings. Teams are more engaged, build rapport and achieve more than using traditional tele-presence. People use it for specific types of meetings. for high-participative, highly collaborative meetings of approximately three to 20 people, rather than one-to-one or one-to-many.

The idea for me is not to get everyone to wear these headsets all the time, but for people to be able to see one another when they need to. I know everyone’s crazy for asynchronous communication right now, but for me this is the next stage. It cuts down on notifications which keeps people focused, until it’s time to show up for a meeting, just like in real life.

Pre-COVID we had interest from specific teams - now that we have began adjusting as a global society, we are seeing more and more types of organisations looking to improve their collaborative efforts. We’re seeing a lot of different co-working spaces looking to get people back with their bums on seats, but it’s about getting people to look beyond and say, “Look, what if I was here two days a week instead of three, what if I was here four days a week instead of the full five? How does that affect us?”

There is a huge amount of interest in what we do at the moment. but in terms of bringing it through we’ve been focused on working with large enterprises. We know who we want to work with and we know who we can help today, and tomorrow. Our solution fits in in particular ways, and we don’t try and compete with tools like Teams or Zoom, because that’s not the point. We act as complementary tech for small group collaboration. We’re in addition to your existing tool set, in the same way video calls didn’t get rid of email.

When a meeting is one to one, or one person addressing a crowd, video works really well. Where we kick in is when the “Brady Bunch” grid doesn’t work. We focus on those three to 20 person group meetings, where you want to know whose turn it is to speak, where you want to make sure that everybody’s engaged. A problem cannot always be solved or fleshed out via a Teams orSlack thread, or with four or five on one call - that’s the difference between communication and collaboration. Our calls are very much a case of everyone’s in, it’s high energy and it’s getting real problems solved.

A lot of the tools that we are using these days are built for people to be on all the time, which turns into a notification battle station. That works to a certain point, but you get used to being driven by notification as opposed to driven by outcome. For us it’s very much the latter rather than the former; the real collaboration as opposed to people showing up the right way on video calls.

The next stage of virtual collaboration is going to be VR first. Not just adding brand new tools to the stack, but changing behaviourally how people are operating, how they’re working together. Our vision is to have over a billion people, or a billion task oriented rooms being used in our platform, and the idea is that there’s a different mindset to each space. For example, I’m here in the green room talking to you, and I might be going to a red “management” room afterwards, which could mean being prepared for a tougher conversation, then meeting a customer in the blue room, where I want to make sure I’m in closer mode. Context switching is something we focus on, to ensure everyone is sure what is on the agenda for a particular meeting.

We learn by doing. Humans are social creatures, we get together to learn. When we’re introducing people to a room, it’s a tour, just as though I was showing you guys where we work at Regus today. Every client who comes on board with us is enrolled in our academy, which starts with a bit of education, but then then we’re going to dig into what might this mean to your business, saying look, what are your metrics, what does it actually mean to you.

After the last four months, we’re just starting to get to that point where people actually are able to reflect and say, “okay, we made it through here.” This period has meant an acceleration of what was already happening, and a lot of people have gotten two or three years worth of learning in three months. They are understanding that they can get away with working remotely and they want to be really specific about the competitive advantages they can bring out from that. Virtual meetings are a part of that.

How the co-working space themselves might adopt this is really simple. It might be adding a few extra rooms in a digital sense to their existing booking system, offering it as extra services to their memberships. More and more corporates are starting to look at co-working spaces, not just in the capital cities but also in a rural sense of things.

We can all agree that you’ll never have one tool that fits everything for all teams, but it’s still very much at the fledgling stage. This period has probably been the biggest output of our virtual and physical lives converging, and physical co-working spaces are best positioned to make their competitive advantage the fact that their offices are safest. We link in on top of that.

There’s a lot of uncertainty around generally, but overall, I suppose the biggest challenge from a technology point of view is that most people haven’t tried these headsets before. Normally, you’d have someone on site to show them how to use it, to make sure it’s a good first time experience, but that’s all changed. On demand that actually helps with that behaviour change we mentioned earlier on, is all the more important. The best way to get people to adopt or to react and educate to these things is, making sure that everyone has the same ability to participate.

What we always ask, at every stage, is this a good solution? Is this a good fit for this kind of problem? It’s got to make a difference to the bottom line, to the budget, in terms of the business drivers. It’s about removing subjectivity and making sure it’s all objective. That’s what we really focus on.

We’re a VR-first platform, but by design we’re a cross-platform. We let people come in from every device as they would today.

One of our own strong points is that we’re not afraid to say no. We go through a discovery process with every large enterprise, that lasts anything up to 30 days. The reasoning for that is coming in with that mindset makes it a little bit easier not to be disappointed if it gets to that point, but for us it’s always treating it as an objective. On the flip side, if we’re not the right solution we get out of your ways as fast as possible and try to point you in the right direction.

We have some really strong partnerships building up at the moment and while we’re not publicly released at the moment, that’s a burning question on a lot of people’s brains right now. Our focus, though, is very much on the large enterprise end of things. We prefer to point people in their direction, as opposed to take it on ourselves, because we have a specific set of skills. 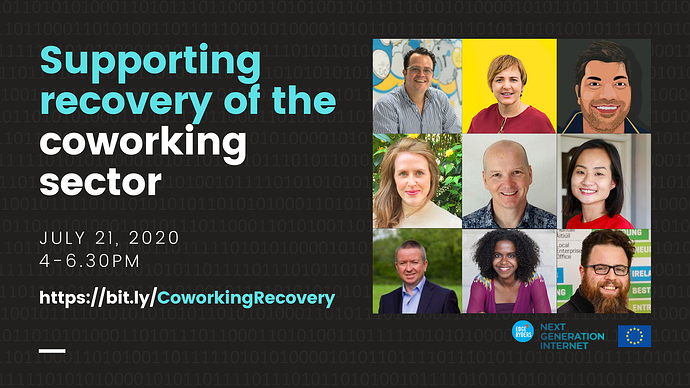 37bc7a02ea7da6c5578c05f5ec5daaf8051be294_2_1380x7761380×776 520 KB
Meet Jonny at our event on 21/7. Registration is free of charge. To get your ticket, just post a thoughtful comment here to help drive the thinking and learning forward and we will send you the access code. Did you sign up via eventbrite? We ask that you too contribute to the conversation here ahead of the event to ensure everyone is on the same page, better networking etc. More info.
2 Likes
Draft - Virtual collaboration emerging as a competitive advantage - Form Text Source
RoRemote July 21, 2020, 12:27pm #3

@jonnycosgrove really appreciate this: “we learn by doing” and we get together to learn. So true!

Thanks @MariaEuler, you’ve been stellar!

Thanks @RoRemote. In the true spirit of collaboration - it’s all about getting in and getting your hands dirty by “doing” rather than “deliberating”. Being open to making mistake alongs the way and building to win is the only way to play