My name is Giulio Berretta, I’m a blind electronic engineer and, in my spare time, maker. I’ve recently developed customary electronic devices, using also Arduino board.
After playing around with various accessories, I thought to give them a voice to ensure that they can be used without having to look at the display.

Most Smart Devices have visual interaction systems, rich in menus and symbols. Interacting with them without the use of sight can be uncomfortable if not impossible. This is one of the reasons why, at times, I prefer to create devices developed ad hoc.

When I started my research on electronic components that I could connect to Arduino, I noticed WTV020, and by reading the settings I realized that it would have been perfect for this project.

After developing experimental electrical circuitry, I worked to give a shape to these objects, while my friends led me to WeMake Makerspace Fablab, the place of my dreams.
At the fablab I met wonderful people who expressed real interest in my projects and, since the very first day, provided me with necessary support, in order to finalize the product.

At the beginning of the Agile Planning activity we have structured the work defining the goals. Afterwards we have matched makers and tasks, according to their skills. 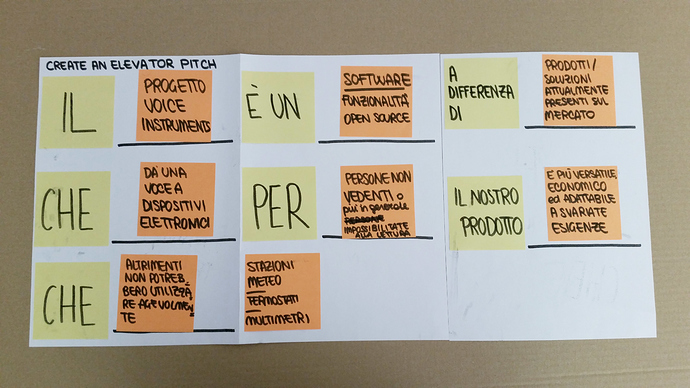 THE Voice Instruments project IS AN open source software / function THAT gives voice to electronic devices FOR blind people or, more generally, people unable to read THAT otherwise wouldn’t be able to readily use weather stations, thermostats, multimeters.

UNLIKE products / solutions currently available on the market, MY PRODUCT is more versatile, cheaper and adaptable to different needs.

CONCLUSIONS
At the end of this Maker in Residence we produced the first prototype of the speaking pH-meter, according to the requirements that we defined at the beginning of this journey. In addition we developed two complete guideline libraries to manage the enunciation of the numerical values and service messages, functioning with the most common audio modules, that can be used with the majority of sensors and devices available on the market.

In order to develop the first prototype of the speaking pH meter we analysed the test project and, subsequently, we conducted market researches in order to select the most suitable components to the final aim and finally, according to them, we designed the PCB.

After defining the PCB specifications we designed a case that could contain the PCB itself and the components.

The current version of the case was realized in lasercut plywood. This material has been chosen mainly because of its cheap price and it’s acoustic affinity.

The libraries have been conceived in order to read numeric values and service messages, and in order to function with two of the most common audio modules. The algorithm that has been used to read the values, however, could function with any other module.

Currently these numeric values are read by this interface in Italian language. Future developments of this project, however, involve using innovative components, adding support for foreign languages and, possibly, realizing a real speech synthesis system, based on a micro controller.

As a “new user” I can’t post more than one picture per post. Here you can find the other pictures of the Agile Planning: 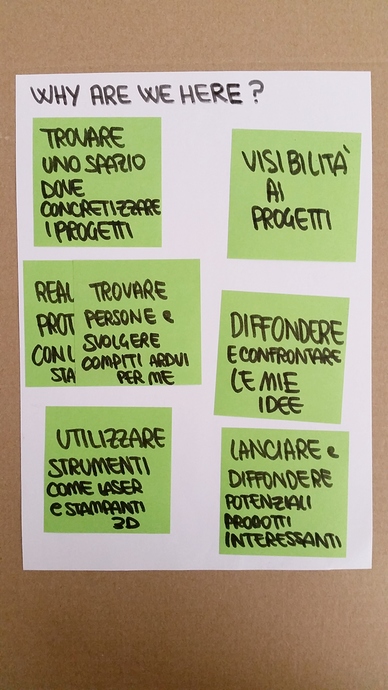 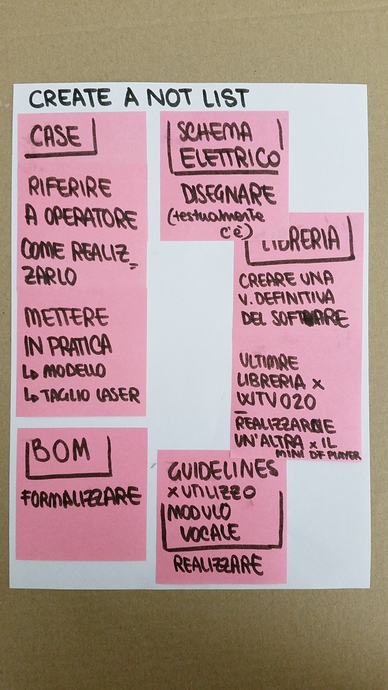 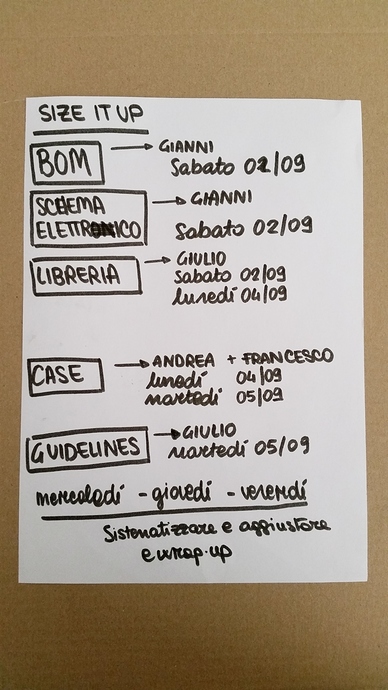 Congrats @giulioberretta, this is great work! So you managed to develop a working prototype and a pitch in one batch. Impressive, you guys must be really well organised. Two questions:

04_Size it up
Saturday, September 2

Hi Alberto and tnx for your replay!

A NOT list is a “to do list” shared with all the workgroup member.
This system is composed by the library and an audio player able to play addressed audio files in accordance with values passed as argument to the library.

Data outcoming from measuring sensor are usually numeric, so you can pass directly to the library in int or float format.

To play a sentence or a generic audio file you have to use the play function specifying its index.

What do you intend for reuse audio modules?