Vuka! A club night for Milanese from all over the world to relax and enjoy each other's company

From 2001 to 2011 I lived in Milano, a city cosmopolitan enough that almost nobody I know is originally from there. A lot of immigrants come from within the country (myself included: I am from a different region), but others come from all over the world: in 2010, legally resident non-Italians were more than 200.000, about 17% of all Milanese. And yet, if you are a white Italian, there is almost no way to meet up with people from different backgrounds than yours. Of course, we shop in the Egyptian foodstores; we contract Romanian professionals for home renovation; we eat at Chinese restaurant (or rather, Japanese ones manned by Chinese staff who thinks we can’t tell the difference). But we don’t meet after work, to see a movie together or unwind over a beer. I did, of course, have some foreign friends, and some who are second-generation Italians, but it felt like they were embedded in communities that I just never got to meet.

This did not make sense. A smalltown boy like me moves to a city to experience the glorious weirdness of people being different and doing different things. If you didn’t like that, you would not move out from the village in the first place! Talking to a few friends, I found they agreed. So, one night  in early 2011, a tiny crowd of five diverse Milanese gathered at my apartment. Actually, three of those are now on Edgeryders! They are Nadia (Swedish with Ethiopian-Sudanese background), Medhin (Italian, with Eritrean background) and myself. The two not on Egderyders were Dan (South African) and Davide (Italian). Only one of us, Medhin is born and bred in Milano. The plan was to make parties, where we would dance to music from the best clubs. Not the clubs of London or New York, but, as we like to say, of “Lagos, Karachi and Molfetta”, Molfetta being a small and unknown town in Southern Italy. Hey, we smalltown people from the province can be cool too!

We are all passionate about music, and have developed an interest in the way various local and regional musical cultures have explored electronic music in different ways, making club music way more diverse than pop and rock will ever be. We thought that, through the appropriate choice of music, we could convey a simple message:

Milanese from all over the world are welcome. We moved to the city (or did not move out, in the case of those born there) to enjoy each other’s company, and that’s what we are going to do right now.

This is surprisingly difficult. Medhin and Nadia explained to us that, when you look different, spaces that make a big deal of diversity can feel contrived and awkward, because you suspect you are there to fill the diversity quota. Not good. We thought we could beat the feeling by the choice of music and inviting people in such a way that everybody would be a minority, and so we could finally relax.

Dan found us a title: Vuka! Which means “awake” in, I think, swahili. The Milano Film Festival gave us a space for our first attempt. We decided to start small, but prepare for scaling to a small business, a professional club night. The thinking behind this was that making Vuka! financially sustainable we would make it a stable infrastructure fo this kind of socialization. Davide is a professional event organizer, so he was ready to take over if we got too successful. The plan was simple: first, gather a core community, with a lot of diverse people, to set the tone; then, grow.

We did three Vuka parties; the first one at Milano Film Festival, the second one at our home (my favorite) and the third one in a club to the south of the city. They were small things, but we did manage to get the kind of crowd that we wanted. And people loved it!  We received a lot of emails of thanks, how much they appreciated being in an environment that was global in an uncontrived way. Come the second party, people started to show off dancing styles that you don’t normally see in Western clubs, and you even got some small impromptu “challenges” between particularly good dancers. The Africans always came out on top, though Turks put up a good fight. Then we had to stop, because the summer had arrived and the city was emptying for the holiday season. Unfortunately, in the auumn of 2011 the group of the founders was quite dispersed: Nadia, Davide and I had moved out of the country, and Dan had drifted off. Vuka! rested upon the shoulders of Medhin and Stefano, a professional dj that we had met at the first party and had come onboard, but I guess they found it hard to allocate the time to keep it rolling, because I don’t think there has been another Vuka! night after June 2011.

Every now and then I watch the Facebook page with all the videos posted by Medhin and Stefano, and I miss it terribly. I was beginning to make friends there.

I would like to try to set up something similar in Brussels, where I plan to move in a few months. Every city should have a Vuka!, and I should be invited.

It seems like you had much fun everytime, Alberto !

That’s an amazing experience you’ve shared. Next time you throw a party like that in Milan - before you move to Brussels, I’ll want to join you!

Not sure about Milano, Andrea - Medhin would be the go-to person for that. But actually, if you read her comment to this mission, she’s proposed to do a Vuka! here in Strasbourg. Maybe you could join in that!

Take off your clothes

I get a different meaning for “Vuka”…  “Take off your clothes” in this Swahili dictionary.  Ha ha! C’est certain que le mot ‘awake’ allait me sauter aux yeux, voyons!

Since awakening is linked to sexual powers, that’s close enough. The all-inclusive nature of sex energy has not yet been correctly understood. Reproduction is but one of the aspects of the life energy, of which the other theater of activity is the brain.

I did not know that you had an interest in diversity, Alberto. First time you write about it?

You are full of surprises. The more you open, the more we discover your fascinating worlds.

Huh… probably not swahili, then. Or maybe Dan just made it up.

I am very interested in diversity, because I have my own little ethnic group, with its own dialect (we even have an edition of Wikipedia), music, food culture (tell me about it) etc. When I was a musician that turned out to be the only strong card someone like me, born in the periphery of the empire, could play to carve out some space for himself. You don’t want to be a second-rate New Yorker or Londoner; if you can’t be a New Yorker, better be a first-rate Emiliano! But I don’t need to tell that to a Quebecoise.

And then it turns out mainstream rock and pop started to sound bland, just as brilliant musicians from Ireland, France, Senegal and what have you were approprioating rock’n’roll, chewing it up and spitting it out in completely new, exciting ways. Actually I gave a lot of thinking about how to “interface” musically materials from different music traditions. It is not always possible, you need a lot of tine tuning.

Here we do some Celtic/Emiliano electronica, collaborating with a choir of ex farm workers - all women, who used to weed rice. Rice weeding songs are big in my tradition. This is a live performance: we actually did this stuff on stage. Way to go! 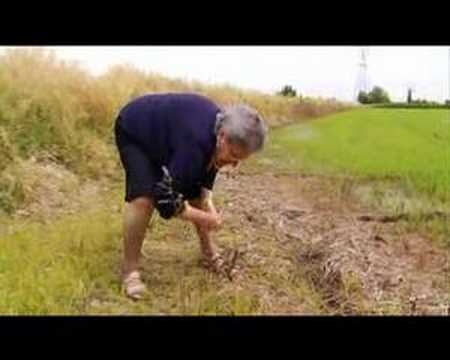 Alberto great idea sharing the Vuka experience with the community.

I totally agree “Every city should have a Vuka!, and everybody should be invited”.

Does Strasbourg have one? I don’t think so. So why don’t we do it again?

Let’s do “Vuka Edgeryders” in Strasbourg in june, during the unconference or whenever it’s a good time for it.

So that the other edgeryders can really grasp the spirit of it, make it theirs and recreate it wherever they live.

Every attendees could bring about 5-10 danceable songs to add to the playlist (just a thought).

What do you say?

I’d love to do another Vuka!

I think Vuka Strasbourg might actually happen. I will ask around. And we can of course crowdsource a playlist. Let me do some preliminary work on it.