Here’s more about clowning, laughter and the streets from lebanon and beyond 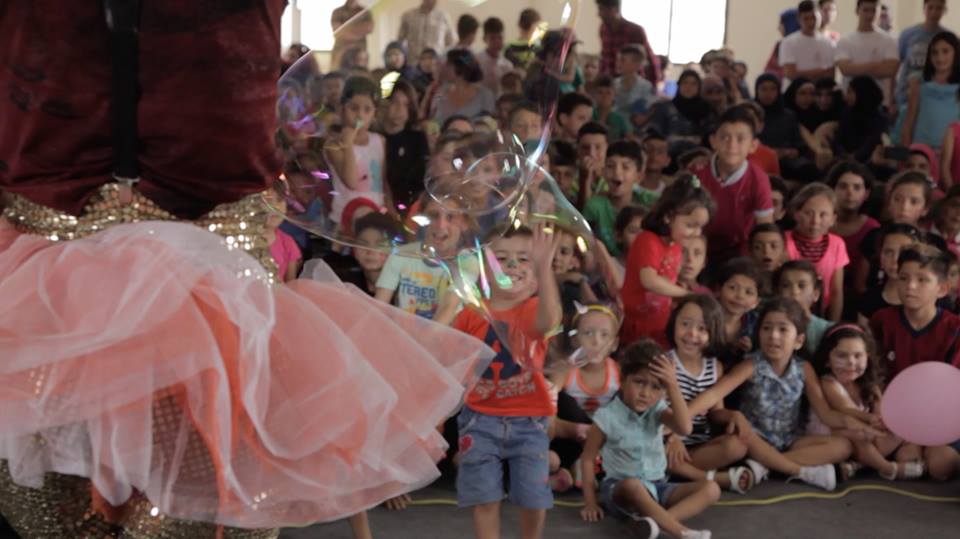 Sabine <3 It is super nice meeting you again in this platform after meeting in Madrid! I do believe you are doing great job as I have been following what you are doing on Facebook! and to be honest, I can’t wait to have you one day in the south of Tunisia I am sure people would be amazed by what you are doing! maybe when the space I am working on is launched we can have the Cown Me In in it

Hi @Sabouny and @Yosser , welcome to our little corner of the world

By coincidence I’ve come across two articles. They both involve use of clowning as a strategy, but are really different:

There are several members in the broader community working at the intersections of art and activism/ attempts to deal with consequences of issues on communities. Several of them are coming to the community gathering in Brussels on October 19-21, and possibly to the OpenVillage MENA space after if I can convince them :))

A good way to connect is to read their stories and leave comments saying hello:

@matteo_uguzzoni has done a lot of work designing games for urban public spaces with another community member Augusto…He’s suggested running part of the program for the festival as an urban game. Plus I think he’s into maybe doing something in MENA at some point. Maybe good to have a chat?

I get the feeling that @amiridina knows some interesting things going on in Egypt, Ping @hazem maybe you know of more people?

Thanks for the post and the work you are doing! Was actually just reading about this today: http://www.patchadams.org. They are trying to open up a free hospital in an intentional community, in addition they have “clown trips” abroad. The doc is famous because of a movie about him (Patch Adams), but his work may seem more in line with our projects than the movie describes! Keep up the great work and thank you for sharing! Laughter truly is the best medicine.

Hey Ndia Thanks a lot for the links. I have seen them

and @matteo_uguzzoni we should definitely try to meet face to face and take this conv further. play is the basis of everything I think and we can do wonders while playing

yes @woodbinehealth Patch Adams organizes trips to Russia every year, I htink they mostly go visit hospitals. he also organizes visits to refugee camps and more.
If interested you should also check the Clowns Without Borders website clownswithoutborders.org and clownmein.com we do focus more on humanitarian part but clowns always work together so we cross paths with Patch as well

Just adding to the welcome - love the positive spirit!

but a clown attack could be needed in Egypt.
the closest thing I could think of is this opera el balcon, where they brought Opera to the streets of El-Mansoura.

This is very nice. I know the people of Outa 7amra, Aly Sobhi & co.
A friend of mine co - founded Mahtat for contemporary art they host artists from the world to perform in the most unusual place in Egypt.
I love how your parents stood backed you up.
In Brazil, I watched Donka A Letter to Checov and had diner with the artists. The lead was a Brazilian of Lebanese origins. Check Compagnia Finzi Pasca, you might get inspired if you decide to create a troupe and perform in theaters http://finzipasca.com/fr/creations/donka/
<3 But what you already do even though it might not be paying much is very human (in the good meaning of the word:) ) imaging all the people in distress you draw a smile on their faces and those who are released to know that their stories will be heard.

http://www.unesco.org/new/en/social-and-human-sciences/events/prizes-and-celebrations/unesco-prizes/sharjah-prize/
UNESCO-Sharjah Prize for Arab Culture
Deadline for submissions of candidatures is 31 August 2017 at midnight.


was based in Egypt and headed by Basma El Husseini. A very active organization. Among their most successful and dear to my heart is El Fan Midan. People showed their artistic talents at Tahrir Sq. so I space was created for artist and people to show their talents and express themselves in Abdeen space. A monthly festival that was banned a couple years later. I can see that they are based in Lebanon now.


was one of the cultural initiatives that received a fund from El Mawred El Thakafy محطات للفن المعاصر Mahatat for contemporary art. The founder is a friend Heba El Sheikh
http://www.mahatatcollective.com


They also work with refugees who are have difficulties to integrate in communities across Egypt. And go on tours in the very rural and remote communities. They were on a tour in Tunisia last spring.
I know Aly and Jacob.
Sabouny August 29, 2017, 4:18pm #12

we do have a trpupe in Lebanon called clownmein
check clownmein.com
also Ghouta Hamra are great

@hazem should definitely get in touch with them. if you want I can send you the contact of one of their members. let me know
and @amiridina thank you for the Unesco link, I am not sure we can nominate ourselves though !!!

@Sabouny, a while back Duey wrote about her own experience being part of a Community Circus in Ireland.