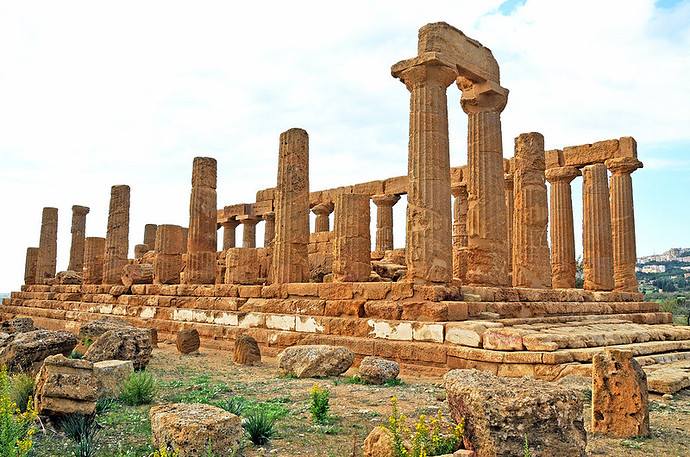 A few weeks ago, I finished David Graeber and David Wengrow’s The Dawn of Everything. It is not science fiction, nor is it economics. And yet, I propose it has to do with both. The book begins by stating inequality has risen to the top of the agenda for public debate. Scholars, politicians, business leaders are calling attention to it. Where, they ask, does inequality come from? How can we reduce it to tolerable levels?

It is a move typical of anthropology. In fact, Graeber does the exact same thing in the opening chapter of Debt: The First 5,000 Years . He finds himself at a party, and the conversation falls on the 2011 Greek debt crisis. A guest remarks that yes, the Greek people are suffering, but “debts must be paid”! And Graeber wonders: why do people think that? where does this belief come from? And off he goes.

I am a big fan of Debt. I read it twice, back to back, and went back to it several times to re-read inspiring digressions from the main theme. While worth reading, Dawn is not as good as Debt, in my humble opinion. Its arguments are not as thorough, and it tends to treat absence of evidence as evidence of absence. But it does make an important contribution: it replaces the question on the origin of inequality with a better question. That better question is: how did we get stuck?

It works like this. The question about the origins of inequality implies a linear social process. Back in humanity’s hunting-gathering days, the story goes, all men and women were equals. But then, about 10,000 years ago, humanity shifted to agriculture. This created regimes of private property, cities, complex societies, wars for resources and élites to appropriate their surplus. So, we got inequality, and we are stuck with it, because it is the price to pay to have a complex society.

The problem with this story is that is not borne out by what we know. Graeber and Wengrow’s data consist of archeological findings and ethnographies of indigenous societies encountered by European settlers during colonial times. And these, the authors tell us, agree: there is no linear process from equality to inequality. Ancient societies appear to have experimented with many models. Foragers experimented with farming, then let it go. Large urban settlements arose in the absence of agriculture. Farming societies remained egalitarian for centuries. Cities dominated by élites abandoned the construction of pyramids and temples to embark on large-scale social housing projects. There are even documented societies that lived in towns, and farmed, during the winter, and in small bands of hunters gatherers during the summer.

The authors insist that all this happened because the people that made up those societies wanted it to. They were politically sophisticated and reflective. They knew that they could shape their institutions in ways that preserved their freedom and well-being. A part of getting this right was making sure people did not have too much power over one another: in our modern terms, that people would be equals.

Ancient societies were not stuck. Its members were free: free to roam, and subject to little or no cohercion. But entire societies were also free in another sense, that of shaping arrangements that made people’s lives better. Instead, we moderns are very stuck.

And that brings me to the Sci-Fi Economics Lab. When my partners and I dreamed up the Lab, in 2019, we had no idea what Graeber and Wengrow were up to. Yet, like them, we felt stuck. We felt crippled by our inability to imagine living under any system other than late-stage capitalism. To heal, we turned to the imagined futures of science fiction, and to economics as an angle of attack. It was a good choice: we have come some way to freeing our imagination. Today, sci-fi stories set in the world of Witness give us a glimpse of everyday life in post-capitalist systems. Graeber and Wengrow appear to have taken the opposite route, into humanity’s distant past. But we share the same curiosity, and the same conditional optimisms, and I know them for kindred spirits.

If this isn’t synchronicity I don’t know what is! I have been working with Macmillan on the selection of an economics text (we chose Stevenson & Wolfers – you might want to look it up – it’s one of the better introductory texts out there) and they offered me a choice of a book. So I chose The Dawn of Everything, because Graeber is always good and thought-provoking, even when I disagree with him. It was actually sitting in a pile in my office, so I took it out and ripped the shipping cardboard off – and it now rests in my hand! I’m gonna read it!

I don’t actually disagree with the idea that we (as modern Europeanate society) have gotten stuck. I don’t think of it as the economic system that is stuck, but the society is stuck, and the economic system reflects that – I suspect we are not far apart on that. So the question is to find a system which would work for the kind of society in which we (yes, of course with a lot of variations) live.

Up to now it seems to me that a pretty wide range of versions of Social Democracy worked. I include the US in this (yes, I’m in a minority – no surprise), because if you look at the spending in this country from that perspective, then you notice that over 50% of health care spending is by the government (Medicare, Medicaid and the Veterans’ Administration), the largest item in the federal budget by far is support for the aged, we pay for K-12 schools, but also (at least in Texas) 2-year Community Colleges are 2/3 supported by the state and a local levy, etc.

So I have been thinking on this subject some more, and it has occurred to me that Social Democracy is a system which is a kind of patch-up – it is funded by privately owned Capitalism (with regulations to temper the worst of its negative externalities), but also has significant taxes to support spending on the poor. This is nice, but if I were to design a modern society from the ground up I’d try to do better. Because what is needed at this moment (and what is needed at THIS moment is all that matters) is not Social Democracy, but a type of economy that centers humans within their environment. I love Adam Smith, and I think his central insight about the value of markets as a mechanism for enabling everyone to provide what others want so as to be able to provide for oneself, without a controlling bureaucracy, still has a lot of life in it. Whether it is based on “private” property or Proudhonian Mutualism in which workers/employees own the “means of production”/companies is another matter – I am leaning more and more in the direction of Proudhon. But incentives must be added to prevent us destroying everything around us. Preferably without putting this in the hands of a bureaucracy. Because yes, regardless of whether I like Duncan Black and James M. Buchanan’s politics or not, they had a point about the idea that the incentives of bureaucrats are not aligned with those of the people they purport to serve. So at least at this moment this seems (to me – please tell me if you know of a better way) to involve artificially created “markets” in environmental services. The complementary way, which I like better, involves deep environmental education for all children growing up – living with nature.

How’s that sound? Partial, but maybe the beginning of a way?