What's in a name? Defining Coworking

During a breakout session at our coworking event held in July, an interesting question emerged on what exactly coworking is and how it differs from other office spaces or public spaces that offer WiFi.

The conversation started when one participant spoke about an initiative in Ireland to place WiFi hotspots in local community centres because the National Broadband Plan has been slow to roll out.

“Because it’s going to take so long, the government wanted to provide something to rural communities. So they’re going to put in wireless links, and then get community centers, they’re typically underutilized, they might have meeting rooms, places like that people could work from, and encourage people to use them internally and externally.”

Other examples of similar initiatives governments have run were mentioned, including libraries.

“It was an Eastern European country (possibly Bulgaria)… but basically it was a public-private partnership where the government came in and… basically the rural community had to provide a building, and they came in with funding, and support, to turn that into a workplace in that area.”

“We’ve also been working with the Scottish Libraries Information Council. They’ve been creating a blueprint with a load of our information, on how to create a coworking hub within a library context.

“We would have all of our libraries, virtually all the libraries in Ireland, would have WiFi access. They would facilitate people typically to go in and study and hotdesk on them. Actually renting out a room, or a desk on a permanent basis. Probably, the vast majority of our libraries wouldn’t be big enough to facilitate that."

“One of the things that struck me as interesting here, is that they’ve been trying to (get) people using libraries. A lot of neighborhoods in the US don’t have internet at home, or can’t afford it. A library is where you get the internet, and that’s where people do job hunting and stuff like that, but they do not have spaces for people to close the door and do a video call. You can’t do an audio call in an open plan library, that’s not how libraries work. So some of the libraries are trying to remodel. You can actually book a room for an hour or two. But it’s really new, and it’s very experimental.”

“A few places in the US specifically moved their routers out towards the walls of the building, and marked out and told everyone which parking spaces nearby you could park your car in and get access to the internet from there, even though you were not in the physical building. I thought that was a really clever.”

“I just want to add that - we all know this - coworking is not a provision of the internet in a room, coworking is what you facilitate within a room and four walls, and through other platforms.2

“I don’t want to damage the coworking brands by having it dumbed down. Ones got to be very careful… It’s just that whole ‘is coworking the same as flexi workspace?’I don’t think so. ‘Is coworking a room in a community center where you can get the internet?’ No, I don’t think so.”

“I just encourage us to really ensure that coworking is the engine that drives our entrepreneurial community forward. Not just a service that is dumbed down.”

“People recognise the word flexispace or shared workspace, but if you do coworking in your space, a group of people will understand that as a way of doing it."

You have a gym, and there’s an easy gym, or there’s… But then if there’s a CrossFit gym, there’s like a cult, in a positive way, that’s what happens there.”

“It’s that thing of a restaurant. There’s lots of different types of restaurants. And does Domino’s pizza consider itself a restaurant? I don’t know. Does coworking…”

“What’s the point of a coworking hub? If it isn’t to stimulate, and support our economy, and the people who create our economy and drive it forwards. So the internet is just one of many tools, where are we taking that community? And how are we driving it, supporting it? How do we service it? Facilitate it? Make sure the oil runs through the engine.”

“It depends, because we offer both. Our ethos is obviously community driven. I wouldn’t say that we would really host many corporate companies in any of our sites across London. Our coworking site is definitely more collaborative, and design driven, creative driven. So I wouldn’t really say we would host anybody in the corporate world. We try to keep our ethos going throughout any private office regardless of what they do.”

“But a lot of people, a lot of leads will come through, and they know that this place just isn’t for them, because it’s not a fancy building. Like Claire was saying a fancy building, with fancy wallpaper, and furniture, and offer distilled water from a glass tap. That’s not what we’re about. So yeah.”

“I run a creative hub in the village of Java, in Indonesia… we only have one building for the library and like an open room for traditional dance class, like a multifunction room. And the rest is just a garden. So we do most of the activities under the trees.”

“So yeah, sometimes we have discussion workshops, or events. So, once in a month we run a garden market. So we let the farmers around to sell their product.”
…

Do you have any thoughts on what coworking is, or any first hand experiences working in the sector? Please feel free to share in the comments! 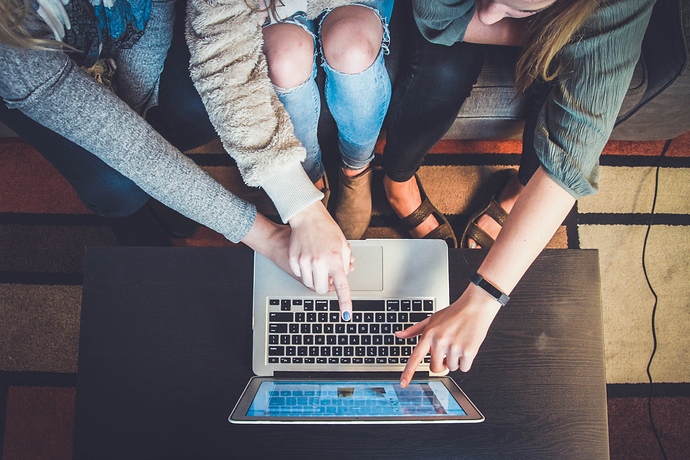